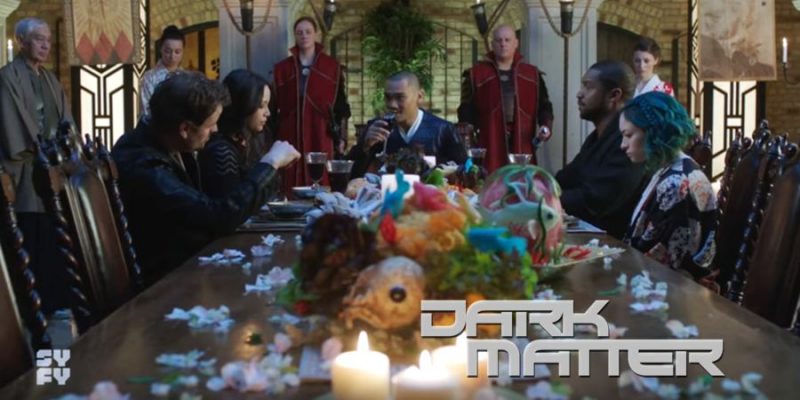 Dark Matter 312 “My Final Gift To You” Trailer

It’s hard to believe we’re down to just two episodes of Dark Matter before season three is done. This season has flown by quicker than you can blink into an alternate universe, which is a testament to how entertaining it has been. Last week ended with Two waking up in a Marauder. Notice I didn’t say the Marauder.

When we last saw her, Two was aboard the AU Marauder with alternate Marcus Boone, who’s probably a lot like “original” Boone, only from much, much farther away. She was tied up and they were in FTL headed to parts unknown. Well, those parts become known in this “next time” trailer.

Boone was working for Ryo Ishida to kidnap Two, or probably any of the crew he could, to use as a bargaining chip for the Blink Drive. The Emperor seems happy to see them, but that’s only because he thinks he’s getting his way. Apparently, all those old memories have clouded his recollection of just how capable our crew can be. It’ll be fun to see how this all plays out and there’s the side story of the android revolution tossed in for extra fun. Everybody’s rebelling against everything in the Dark Matter universe and it’s getting downright insane – Just the way we like it.

Ryo invites his former crew to Zairon in a final attempt to secure the Blink Drive and his victory over Pyr.