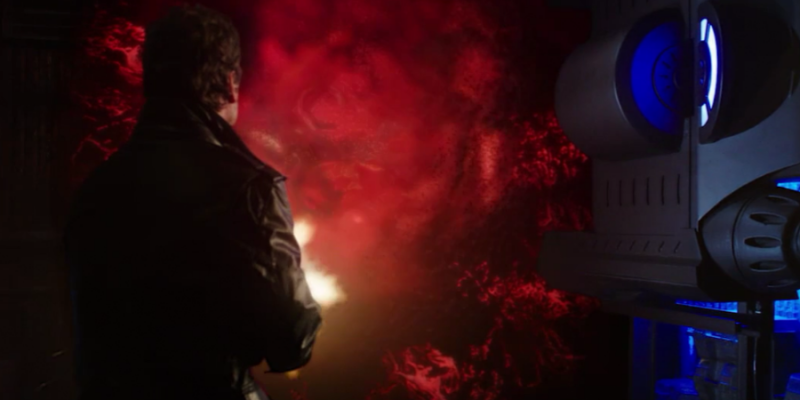 With season three coming towards it’s end, the big puzzle pieces are starting to fall into place for Dark Matter. With what has been a knock out season, and arguably one of the best seasons of any show on television, Dark Matter is only getting better with age, like the whiskeys Three is so enamored with. The overarching story line for this season is coming together beautifully, tying in old mysterious and introducing new. Plus, we’ve encountered our first alien foes! Yes please, more of that in this show’s future. If you have friends that aren’t watching this show, you owe it to them to introduce them to the Raza crew. I don’t care if you have to tie them to the chair and force them to watch it, they’ll thank you for it in the end. Dark Matter is without a doubt one of the most underrated shows on television today. 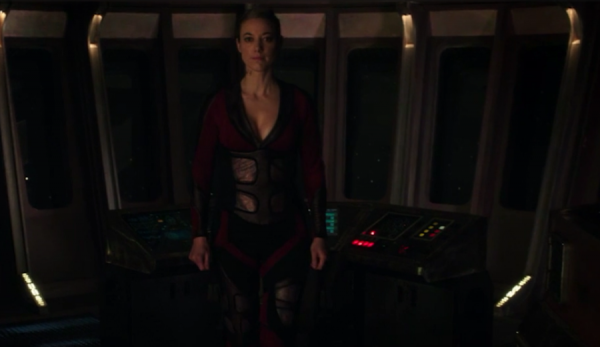 The Android has changed her look this week, into a new outfit that signifies her newfound self awareness, which includes…boobs. She and Two have a heart warming conversation about how they were both built with something bigger in mind, and that they’re both special. Though Two tells the Android that was never in question, the Android hasn’t felt special until now and she has a much better appreciation and understanding of herself now that she’s met her original creator and knows the purpose she was designed for. Two and the Android share a hug and the Android makes a comment about how they’ve been friends for longer than either will ever remember, they’re both unique beings and together on the Raza, they kick some major ass. 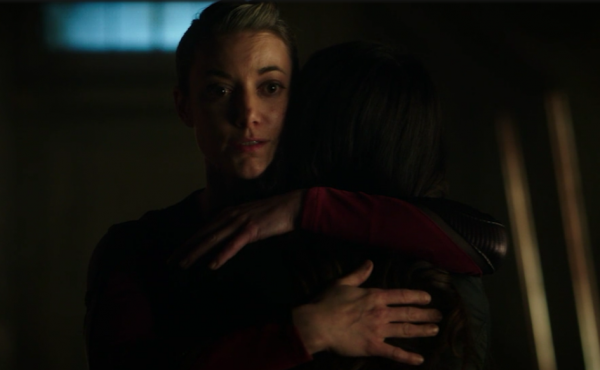 Going off the last memory that Victor showed to the Android last week, Two is suddenly obsessed with checking out this location to see if it’s Dwarf Star or not. It seemed important to the old Raza Crew and she still thinks it’s important now. For entirely different reasons of course, but if they can stop an invasion from happening, even an unexpected alien one, she thinks it’s worth it. Six is anxious to get back into the fight against all the large corporations, but even with the blink drive working again, there isn’t much they can do at the moment to help in that particular war. And Three is just getting more anxious and angry the closer they get to this facility, he doesn’t want to be there and he doesn’t want to risk his life on a memory that might not even be real. 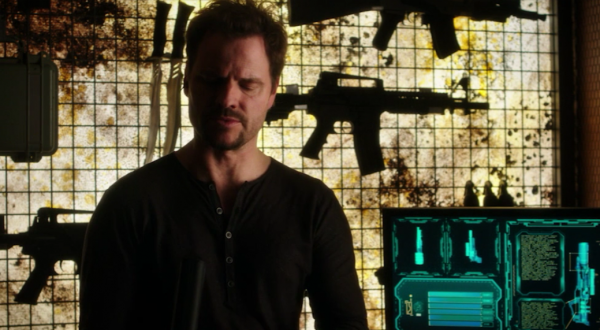 The Android approaches him about it, because she can detect physiological changes in him and for the first time since she’s known him, he’s experiencing fear. Things only get stranger for Three as they get onto the station and discover all the android bodies, just waiting to be awakened and an anomaly, the pink glowing wall that had been haunting his dreams. The androids they’ve stumbled upon all have nanites, like Two, but they don’t exactly look like soldiers waiting to be used by one corporation to wipe out the rest. They all have fake identities and they are anywhere between 5 years old to 65 years old, which doesn’t seem overly helpful if you’re trying to boost your armed forces in a war. Pink glowing goo however, provides some insight to that. Three is immediately affected by it when they enter, but he seems to be the only one. Now he’s also the only one of the group that used to be a host body for a strange black goo, so there’s also that.

Shortly after they arrive on the planet, Mikkei also shows up to investigate. They play nicely in the sandbox, kind of, until Three has a seizure and Team Raza wants to leave. Because there are so many host bodies, and nobody knows what the anomaly is, Mikkei has decided nobody leaves until they have reinforcements show up. Which puts Two in an uncomfortable position as she’s trying to protect her crew member and get him the medial treatment she believes him to need. The Mikkei Sargent decides to question one of the androids, but crazy Three has escaped their doc and Mikkei Lieutenant Sajen uses this opportunity to continue her own mission. She’s actually an android herself, slowly moving herself up the ranks and infiltrating Mikkei. She kills her superior and takes command of the group. She wants to awaken the other androids and invite her alien brothers and sisters through the pink goo gateway so they can take this universe for their own.

In a fantastic scene with Three, he has a conversation with one of the alien forms, who is taking the appearance of his fellow Raza Crew members. They explain that they’ve exhausted their own universe so need to come to this one. There is enough energy in this universe to feed them for thousands of years. Three calls them out on being terrible neighbors but they assure him they cannot be stopped. No wonder Rook is in hiding now, why he’s working for these aliens who knows but both he and these beings need to go.

Long story short, more of the aliens come through, and they begin attacking those on the station. Three and Six back it back to the Raza on the Marauder but Two is stranded with the now in charge Mikkei doctor. He makes the executive decision to have the planet nuked and then shoots himself. Five unsuccessfully tries to get the Mikkei ship to intercept their own nuke, and then tries to intercept the nuke herself, both of which fail. The nuke hits with Two still in the facility below. The crew is having a drink later that night, when the Android says she thinks there might have been a small FTL window right before the nuke made contact, but there’s no way of being certain or who it was. Jump to Two waking up on a Marauder that has FTL capability, in the hands of Boone….

See what trouble the AU Raza crew gets us into next week, by watching live on Syfy, Friday night!

Season Four has not yet been announced, so please Raza Crew, make sure you’re watching the episodes live, sharing with your friends, letting SyFy Chanel know that you HAVE to see what Season 4 will bring, and interact on social media with other fans of the show!