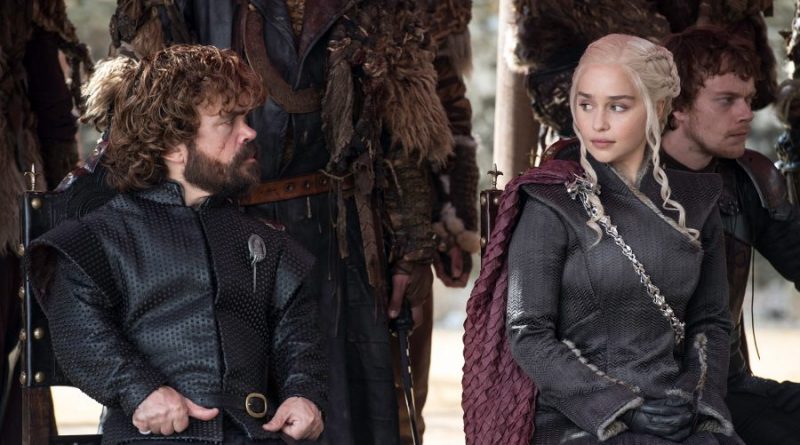 From betrayal to the final hook up in the end during Bran’s and Sam’s revealing conversation and a faithful knight’s departure, a lot happened in The Dragon and The Wolf. Of course, it wouldn’t be a season finale if it didn’t include a major cliffhanger or two, death, some sex, and leave us with more questions than answers. Best of all the Game of Thrones’ finale finally worked out some plot points that have been plaguing our favorites this season. Namely, Bran has stopped living in creepy nostalgia and started putting his third eye to use. 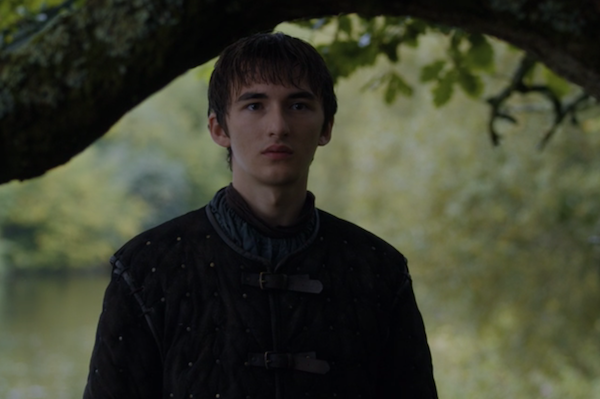 Bran became the three-eyed raven last season. In that time, he learned of the events of the past that affect the central players in the game. Since his grand return to Winterfell, however, his part has been rather underwhelming. He’s usually out by the old Weirwood tree or in his room, speaking in creepy riddles without offering much information. In fact, it almost seemed that most things were trivial matters too far beneath him for his consideration. He was on a new plane of existence and fighting the Night King was the only thing that registered as important news.

In The Dragon and The Wolf, he finally proved that he hasn’t just been sitting on the sidelines warging into ravens, creeping people out, and occasionally warning Jon of the impending doom. He is still invested in his family and their lives. The first order of business: bringing justice to his family from the man who has plagued them throughout seven seasons of the show.

Sansa and Arya Played the Player and Won the Game…Or, At Least, The Round 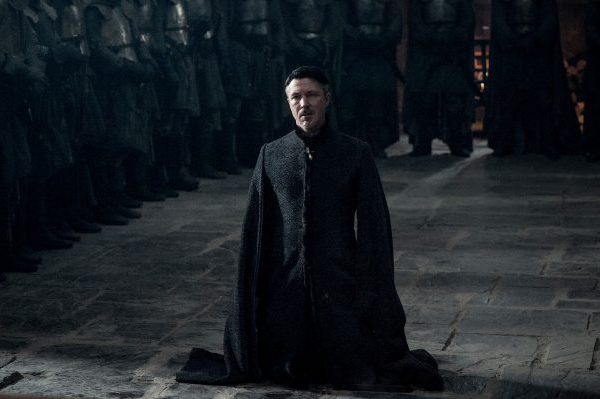 Littlefinger (Aidan Gillen) in The Dragon and The Wolf Game of Thrones finale. Photo credit: Hbo.com

I stubbornly refused to believe that the asshole who is the worst thing to happen to the Starks could so easily trick Arya. I thought Sansa would know better, too, but I wasn’t sure about her. Sansa and Arya kept the ruse up so well it was tough to see through their plans. Admittedly, the show convinced me at times that Sansa and Arya were just idiots. Luckily, those moments were fleeting, and they aren’t quite so foolish. Sansa and Arya were playing Littlefinger. For how long, I cannot say, but in the end, the Starks finally called out Littlefinger for everything he has done to them.

Perhaps the best part of Littlefinger’s final moments, however, wasn’t in the death itself. The best part was seeing Sansa, Arya, and Bran, yes, three-eyed raven, off-in-his-own-world, Bran, working together to mete out justice. Littlefinger has done so much to the Stark family there was only one truly fitting way for him to go, and that was at the hands of one of the Starks. Making it a joint effort with Arya dealing the final blow was just icing on the cake. That is a moment I’ll gladly watch again and again. When you play the game of thrones, you win or you die. Littlefinger, fortunately, has not won. 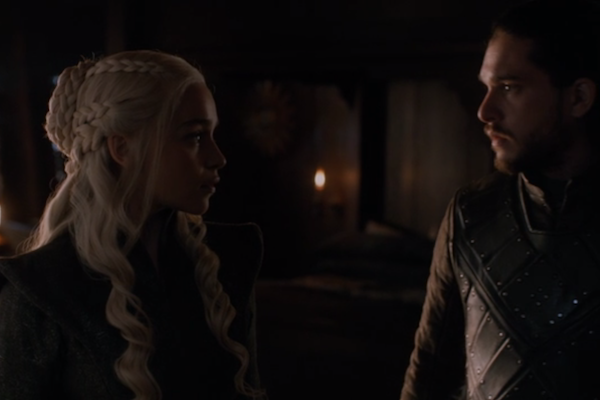 Aside from that beautifully fitting moment of death, Bran also revealed some important news to Sam and vice versa. Too bad he decided not to tell Jon about this news a bit sooner. It’s probably something better revealed in person. He couldn’t possibly predict Jon would have sex with Dany before he got back to Winterfell. It’s disappointing that Dany and Jon couldn’t keep their clothes on for one more boat ride before Bran could tell them they’re related. What will they do with that news now?

I hate to think the show would go down this “soap-opera-epic, oh no, now Dany’s preggers with her nephew’s son” drama, but it wouldn’t surprise me if next season sees Dany with child. It’s not like Game of Thrones’ hinted at it or anything. I mean, they only mentioned it a few times this season. Dany cannot get pregnant. Those dragons are Dany’s only children. She will never have another child. Ever. I’m pretty much expecting Dany to be expecting next season. I hope I’m wrong on this one.

As for Bran’s decision to finally tell people some of those secrets he learned on his time traveling extravaganza. He apparently is not all-knowing of all things at all times. He can go back and see it, but until he knows to look, he doesn’t know. As seen by Bran’s belief that Jon was still a bastard. A Targaryen bastard, but a bastard all the same. Sam, however, listened to Gilly (or transcribed that part before Gilly got to it, I can only hope Sam wouldn’t take the credit for her discovery). Bran checked the facts and saw that Rhaegar and Lyanna married before Jon was born. Not only is Jon legitimate, but his name is actually (and weirdly) Aegon Targaryen. Jon is the proper heir to the Iron Throne. And probably just knocked up his aunt.

Cersei Betrays The Dragon and The Wolf 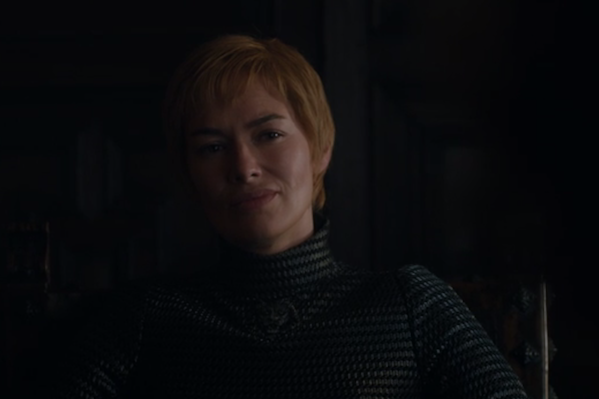 Before heading back to Winterfell, Dany and Jon managed to make some headway when they successfully brought a wight to the bitch currently sitting on the Iron Throne. There is no denying the threat to the north, but in typical Cersei fashion, she wanted to get something out of it. For once, her request was a relatively reasonable one. She only asked Jon to remain neutral. Don’t bend the knee to the dragon queen. He didn’t even have to bend the knee to Cersei. He just had to promise to stay out of their squabble. Unfortunately, Jon is his uncle’s son (much as his kid would be with Dany). Ned raised him to be a better man and he already swore allegiance to Dany.

When enough people make false promises, words stop meaning anything. Then there are no more answers, only better and better lies.

While he may have had a point, he nearly lost everything at that moment. Tyrion had a little tete-a-tete with Cersei to save the day. There is one thing, however, that bothers me about the meeting with Cersei. I can’t help but think she’s still lying about being pregnant, but even if she’s telling the truth, she saw how well it worked on Jaime. Maybe she played on Tyrion’s heartstrings and revealed her pregnancy to him to get something. I don’t believe Tyrion would betray Dany, but I wonder what Tyrion promised. Did he make a deal with Cersei to betray Dany or Jon? Maybe, she convinced him to kill Dany’s offspring? Okay, that’s far-fetched, but we didn’t see the rest of the negotiations after Tyrion figured out Cersei was pregnant. I can’t help but wonder if Tyrion is also planning on betraying The Dragon and The Wolf.

Did Tyrion Betray Dany and Jon, Too? 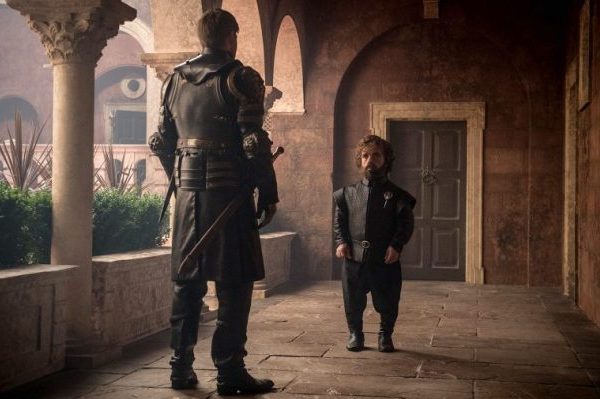 Tyrion (Peter Dinklage) and Jaime (Nikolaj Coster-Waldau) in The Dragon and The Wolf Game of Thrones finale. Photo credit: Hbo.com

Even if Tyrion hasn’t worked out some epic betrayal, Cersei is determined to betray them. Despite Jaime’s objections, Cersei is set on letting Dany and Jon handle the Night King. Either way, one army will be wiped out, and that will be one less army for her to fight. Cersei is set to stay in King’s Landing. The North be damned. Unfortunately, her beloved brother wouldn’t stand for it. Jaime is a knight. He killed his former king who was bent on betraying the people. Rather than kill Cersei, however, (damn it, Jaime) he left. Cersei threatened to kill him, but he followed through on it. We last see him riding off into the sunset. Now we just have to see where he’s heading. Will we go North to Tyrion and inform Dany and Jon of Cersei’s betrayal? Or will he head somewhere else to stop the Golden Company?

Whatever awaits us next season, clearly Game of Thrones has a lot of questions to answer. And we have a long, long wait ahead of us to find out.