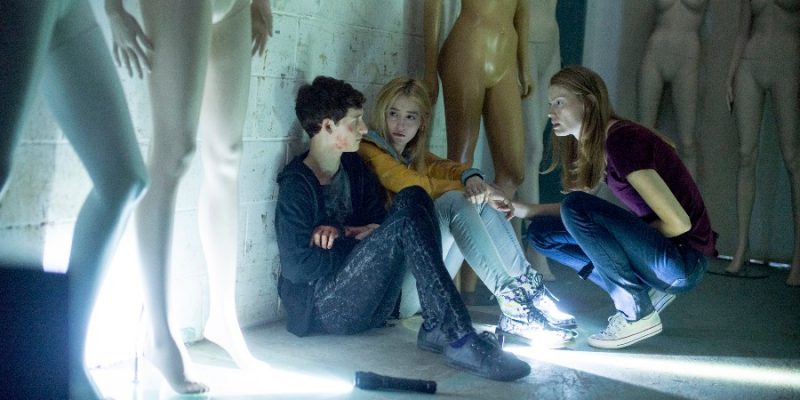 The Mist Review: The Waking Dream

The ultimate build-up continues for The Mist’s penultimate episode, The Waking Dream. With only the finale episode left after this, some tensions must find a resolution. All groups are heading towards the mall for a final conflict. Kevin to find his family and handle Adrian, and Natalie & Connor to sacrifice Jay and hopefully bring about an end to the Mist. Those already at the mall are calling for Alex’s death, but Gus resolves to just send her out into the mist. How much longer will all these lies continue for before the final showdown takes place? Self preservation kicks into over drive, the Bridgeville residents just want to live, but at what cost to others?

Since the mall is where the main conflict is heading, we’ll start there. Eve, I know that you’re a protective mother. But kidnapping a minor because you don’t like him isn’t quite the best way to show you’re all there. Poor Jay has been innocent this whole time and will soon know what it feels like to be Alex, with a target on his back. Alex is out looking for Jay when Eve gets wind they’re coming for her, and it won’t be good. So Eve, goes looking for Alex, who’s looking for Jay, who was kidnapped by Eve. Eve’s grand plan is to make a run for it in the mist to the nearest building and hide out there. They bump into Adrian, who has parted ways from Jonah & Mia, and doesn’t quite get the reunion he was expecting. 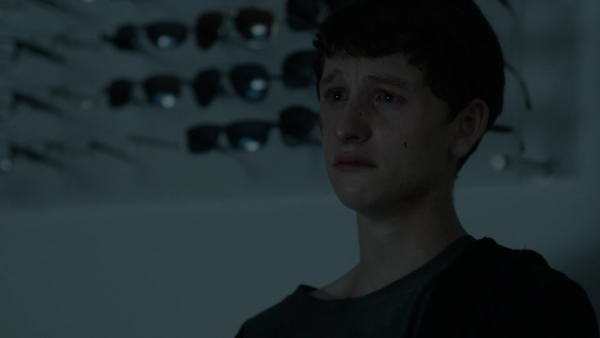 The little shit actually practiced his sob story, tears included, before setting out to find Alex and Eve. I have to give props to Russell Posner who portrays Adrian, because he has done a terrific job sliding back and forth between selves and slowly revealing his true character. After telling how Kevin heroically saved Adrian, while sacrificing himself the Copeland women turn to each other for a moment of grief, but Alex is being hunted and they have to go. Adrian is sticking with them, which is terrifying but also could come in handy as we know he’s insane and can kill without regard. Though Eve needs to either be a better shot or not give up the weapons. In a confrontation she seriously takes 1 shot at the guy, drops the gun and runs away. NEVER drop the gun! That’s like basic 101 type stuff Eve. They end up cornered and when Eve admits to knowing where Jay is, they join him in that prison until Gas and the rest decide what to do. And boy is Adrian livid when Alex goes running to Jay. 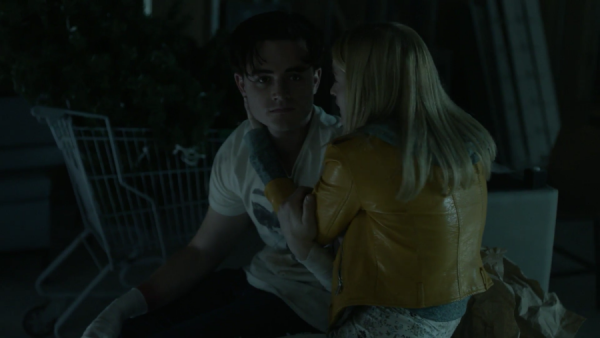 Mia and Jonah are also now at the mall, but thought it would be okay to split up…again, horror film 101, don’t split up the party! Mia reveals her backpack full of money and asks if Jonah will go away with her after all this, she wants to stop running. He says yes and for some reason wants to go to Iowa, a clue to his mysterious past possibly? Jonah sends Mia to sleep on the couch in the managers office, because Gus is so trust worthy, and Jonah goes on a supply run. He runs into Wes, solider boy in the main mall crew, who asks him a few questions before putting him in a headlock and tying him up. See, never split up the party. But honestly, I’m a bit annoyed at Jonah and Mia anyway, after all Kevin did for they they just take Adrian’s word for things and don’t even bother to go check? I get it, intense and extreme situation with the mist. I feel like both are okay judges of character, and they did question Adrian pretty tough on it, but why didn’t they go look for themselves? So Mia is off to find Gus’s office, and Jonah is being held captive by Wes. After waking up Wes questions if Jonah really doesn’t remember anything, or who he is. We then learn that Jonah must be higher up on the Arrowhead food chain than anticipated. 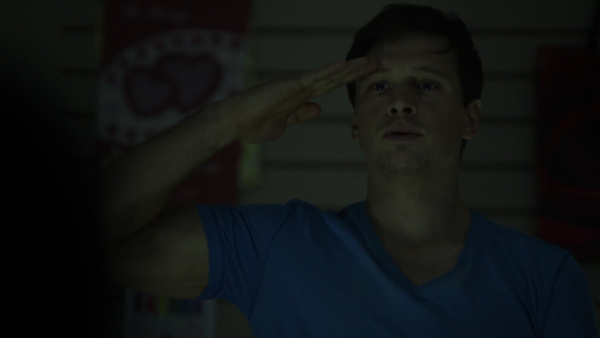 Kevin has another stroke of luck as Vic at least hangs around after the whole Adrian incident. I mean, who can blame the guy he doesn’t want to go back to the mall. After nursing Kevin back to health a bit the two decide to house hop until they make it to the mall. They’re about 2 miles away right now, so it’s a trek, but they can do it. Of course, that plan only works if you don’t come across any surprises in the houses, which is what happens. The two come across dead Arrowhead soldiers in this living room and a crazy guy with a gun upstairs. He claims that he knows what they were up to, he saw the army setting everything on fire before the mist came, but then also admits to not knowing what’s real anymore. Vic knocks him out with a frying pan and finds a set of car keys on one of the bodies, so that’s another helpful stroke of luck. But crazy guy ends up setting off a grenade on their way out, nearly killing Kevin yet again. Vic might have be an immature asshole at the mall, but he redeemed himself in “The Waking Dream” and successfully gets Kevin to the mall. 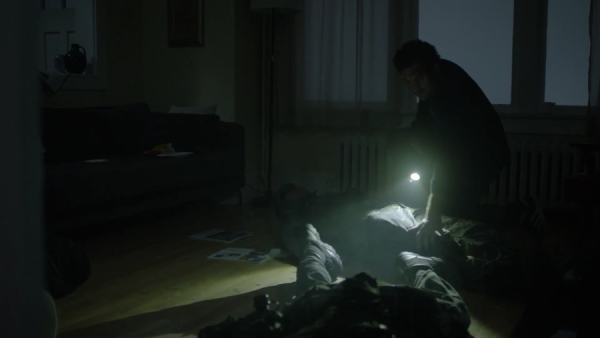 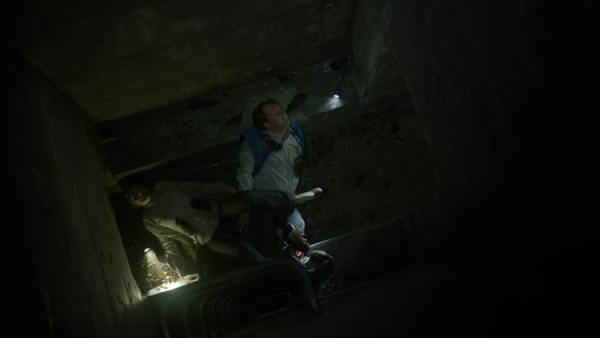 The last group is Connor with Natalie down in the sewer. Can I just take a moment to discuss how gross that is. Sure, might be safer than traveling in the mist, but aren’t the two of the protected anyway? Hope they throw those clothes/shoes out straight away. Since Jay wasn’t already being hunted at the mall by Eve, now his father and crazy Natalie are there to sacrifice him for a crime he didn’t commit. Hopefully Alex, Jay and Kevin can pull it together enough to save the two kids and Adrian can just be S.O.L. It’s also very clear that Natalie and Connor are perfectly okay will killing other humans. First they set the church on fire, and now the two followers she did have are left to die. After taking a fall and breaking a leg, Natalie wants to keep moving, so Connor stabs the wife, lets her fall to join her husband and the two are presumably eaten alive by rats. Yay for sewers. Jay is gonna need some serious help next week unless he wants to be sacrificed.

With all groups now at the mall, the final conflict between the humans begins. Will their battle have any effect on the mist? 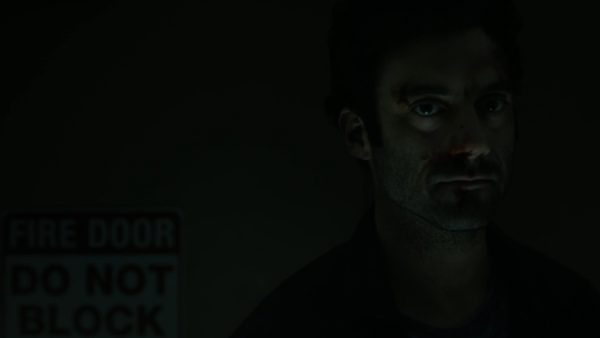