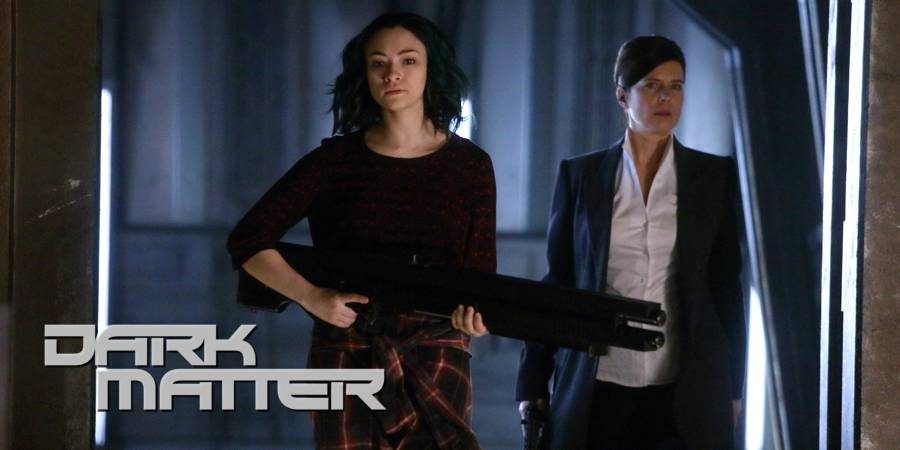 During the initial four days of Dark Matter FTL Drives, we flung a lot of cryptic instructions at you in a short time. Even though the rules sometimes seemed confusing you trusted us and followed along. For that, we are eternally grateful. You’ve been more than patient about this and we’d like to explain the reasoning behind all those dos and don’ts.

The US-Centric Time of the FTL Drives

It’s well known that Dark Matter is a global hit with fans on almost every continent. And we’re aware you guys over there would like it at a different time so you can get to sleep at a decent hour and not be up at all night waiting to tweet. We get that, we really do. But the reality is the show needs to be picked up by a US distributor before it can go global. This meant that we had to maximize the response, especially in the US, which meant timing it for North American audiences.

Also, since it’s 6pm on the West Coast when it’s 9pm on the East Coast, we couldn’t make it any earlier or the folks out west would be driving home instead of ready to tweet. That being said, total response is important, too, so we want to thank fans who stayed up late, got up early, and those who didn’t sleep at all. You’re the finest example of how Team Raza is a family – willing to lose sleep to help, and doing so happily!

The Last-Minute Release of Secret Hashtags

Getting trending on Twitter is a weird thing and I’ve learned a lot in the past few days. Apparently, you’re more likely to trend if you have a tag that’s never been used before or hasn’t been used recently. It’s also better if, when used, the tag’s use really takes off. So we’ve chosen to keep it secret, releasing it 45 minutes before we start to reduce the chance that it’ll get leaked early. It’s kind of an added bonus that waiting to learn the new tag generates a sense of anticipation. Everybody loves a cliffhanger, especially if it’s resolved. (Yeah, the parallels are not lost on me.)

Again, this goes back to trending and how Twitter’s analytics work. Using only a single hashtag makes it trend much better and since that was our goal we had to follow Twitter’s rules. But phrasing in tweets is also analyzed so that’s why we asked you all to use the words “Dark Matter” in a non-tagged format. We wanted our show mentioned, but didn’t want to mess the metrics. This was a perfect compromise.

Hashtags: The Chosen Ones

This was probably the one that generated the most feedback. People wondered why we didn’t let all fans decide on a tag, which is explained above. Some of you had opinions on the various tags, both positive and negative. There was a method to our madness over the course of the 4-night campaign. Here, in order, are the hashtags used and why they were chosen.

Public or private account, we appreciate your tweets, but if it’s not a public account it simply doesn’t get counted. Twitter’s analytics don’t look at tweets from private accounts; It wouldn’t be very private if they did. For this one it’s just that simple.

We hope this has helped clear up any confusion or frustration you may have about why we’ve been doing all of this. It wasn’t to keep everyone confused, it was completely about getting Dark Matter trending. This was a learning experience for everyone that really paid off on Friday when #TeamRaza invaded planet Earth and took it by storm!

European Fans: Remember @TeamRazaEurope.is coordinating the push in your area. Give them a follow and we’ll all be connected as we grow our numbers to get Dark Matter back on our screens.

**Remember, our next FTL Drive will be this coming Friday (September 15) at 9pm ET/6pm PT. That doesn’t mean we’re resting for the week; far from it. Keep watching @DarkMatterFTL for more fun, more info, more fun hashtags, and hopefully more of your (Wexler) fan art. See you in cyberspace, or hyperspace, or null-space!**

Dark Matter will return if enough of us work together. Go #TeamRaza!