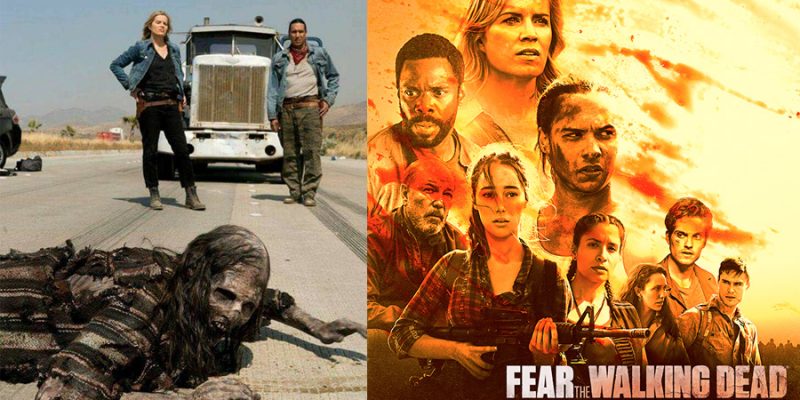 I think we have all been waiting on some sort of Walking Dead show to return, and Sunday we finally get to see Fear! Although many are not satisfied with it, it is proving itself, more and more. The second half of season 3, Fear The Walking Dead,  starts Sunday night and I for one, am very happy! This season has brought many changes. The death of Travis, in the first half was a shocker to be sure. The overall character development and storylines are amazing! It has been far more exciting than season 2 and I think it has finally fallen into its place.

Our group is now out on the ranch. The senior leader Jeremiah is dead, and there has been a deal struck with the once hated group run by the notorious Walker. Out of desperation came the need to combine Walker’s people with the ranch, in order for them to both survive. Jake, the eldest son of Jeremiah, appears to be the leader…. We all know that it is really Maddie. After all, she is the one who struck the deal with Walker, by allowing Nick to kill the elder Otto.

We still have the budding love affair brewing with Jake and Alicia, and we still have Troy! Damn! Someone will need to get rid of that crazy mess. And will we see Strand or Daniel again?

What will Maddie do now that the Ranch and Walker’s people are to be one? Do you think it will work out? Can there ever be peace between them? I think not, but then that’s what leads to great episodes!

Tune into Fear The Walking Dead’s second half of season 3, starting this Sunday September 10th.