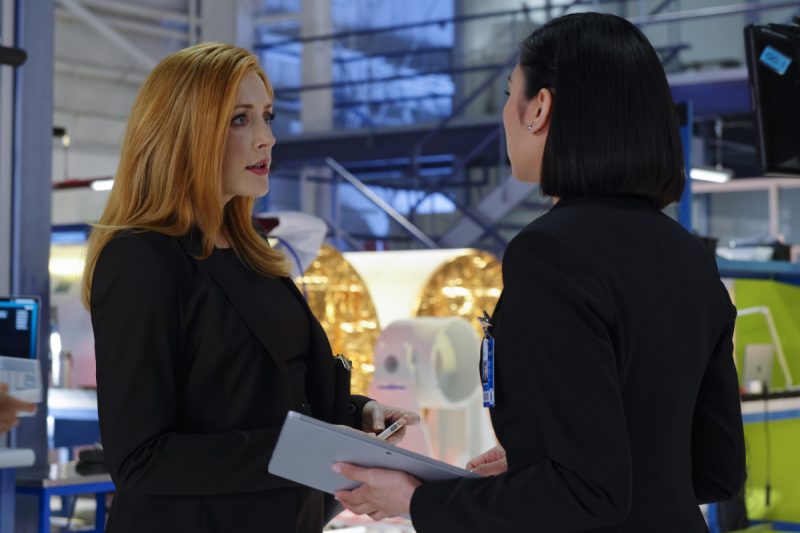 The great world of Salvation returned with another mind-blowing episode. Salvation: All In, brought one surprise after another and still left us wanting more. So, let’s dive right in and talk about all the juicy details!

We have to talk about the touching moment between Harris and his son, Dylan. I will be the first to admit that I thought Harris was going to go into the building and drag Dylan’s scrawny butt out of there. Oh no, it was the complete opposite. Harris wanted to warn Dylan about the Government coming after the group. He wanted Dylan to be safe and to get out of there before it was too late. It ended with a hug and Harris saying,” I love you”. It was so sweet!

Wedding bells, anyone? Oh yes, we almost had ourselves an, end of the world, marriage. Liam pops the question to Jillian and she says, “Yes”! Before we get too excited, things quickly fall through. The fact that Salvation continues to throw us for all these twists, proves how amazing this show is. When there is a really happy moment, the writers go right on ahead and smashes all of our hopes and dreams. Then, they bring us back to a happy moment. It is so intense. So, Liam and Jillian don’t get married, but they are still engaged. Yes! It’s about damn time! 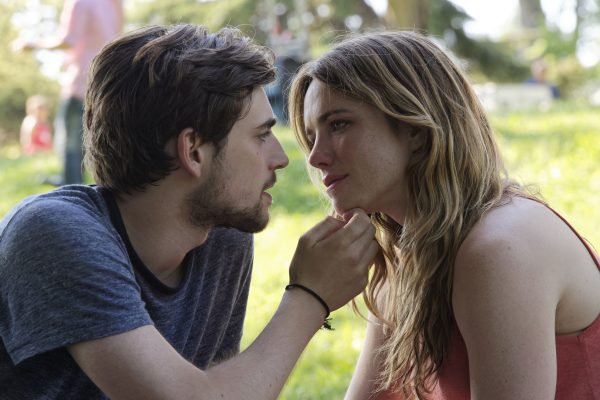 We have to take a moment to talk about the new, very sexy, President. Did I mention that he is really sexy? President Bennett has officially moved in and is taking some serious steps in “saving the world”. This dude has some serious bad vibes. It is obvious him and Claire were working together to get rid of the last President. Did they poison her? I am going to say, yes. It is too much of a coincidence! Yet, what is his end game? Is it the complete annihilation of the other countries, which would remove any competition the USA may have? I honestly don’t know, but I have a feeling that President Bennett is going to be a tough adversary for our saviors.

President Bennett had issued for the warehouse, where Resyst was working out of, to be blown up. Calling Harris in, Claire showed him the video of the explosion and saying it was a success. They had recovered six dead bodies. The look on Harris’ face was priceless! He went from looking like he was going to puke, to full on composure. That is some serious talent. It was obvious he was being tested and he passed. Now that he is in the fold, hopefully he will be able to uncover what the President is up to. It’s also about time Harris realized the Government was corrupted! Bet he feels like a bit of an ass, the way he has been treating Grace and Darius.

The whole series we have seen Darius, Harris, and Grace, in this love triangle. But is it over? All In gave us a glimpse of Darius and Tess. It was sweet, although I am not a fan. I am and always have been wanting Darius and Grace to be together. Grace needs someone who will challenge her to do things outside of her comfort zone and is a little wild. Harris is a pencil pusher, who continues to follow orders from his superiors. Plus, Harris had angry bathroom sex with the bar wench. He has issues! Then again, I am a little bias. Will the long-time friendship between Darius and Tess be enough for them to try again now? Who knows, but at the moment it is on hold. Which is probably a good thing since Darius needs to focus on saving the word! 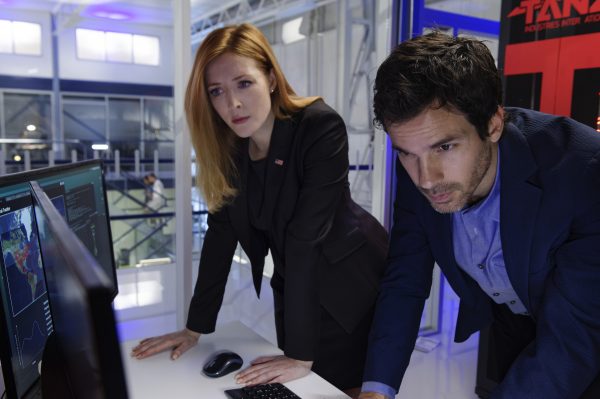 Salvation continues to pull us in and deliver a killer story. It is so captivating and I just don’t want the episodes to end. It really isn’t fair how the writer’s of Salvation continue to toy with our emotions. Oh wait, yes it is! I love every minute of it! Do not forget to watch next Wednesday on CBS. There is only two episodes left, so get caught up before next week. I promise, you will not regret it!