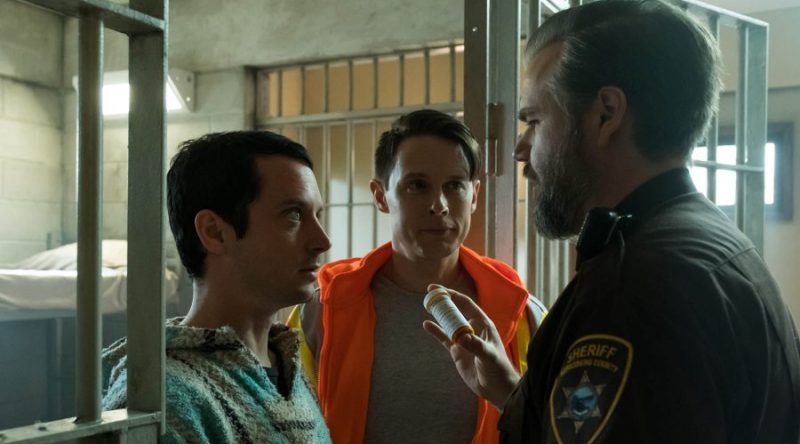 Did you think we were done with dropping information about the upcoming season 2 of Dirk Gently’s Holistic Detective Agency? Of course we aren’t! We’ve saved the best for last, and have two weekends worth of interviews walking the edge of the line of spoilers to get you pumped up for the October 14th season premiere.

Today’s interview is with two of the newest members to join the Dirk Gently cast: Alan Tudyk and Tyler Labine.

Tyler Labine joins the cast as Sheriff Sherlock Hobbs. Sherlock Hobbs is an under-stimulated, but overly enthusiastic small town sheriff. Despite the strange circumstances, he encounters with increasing frequency following the arrival of Dirk and his crew, Sheriff Hobbs, with his easy-going nature, is eager to help them solve their new mystery.

Alan Tudyk enters playing the mysterious Mr. Priest.  Mr. Priest is a bizarre person with a twist of maniacal derangement. He’s also a ruthless, dangerous and violent bounty hunter working for Blackwing who gets a real thrill from the chase. He is an overwhelming presence, but unlike other ruthless characters, he has a real sense of fun and adventure.

TIBS: So Alan, from Con Man to Dirk, and Tyler, with your projects as well, Comic Con must feel like a second home to you.

TYLER: Well, for this guy for sure.

Does it serve to remind you why you do it, to see the joy on the faces of fans who come to see you for several different projects?

ALAN:  Certainly, although I go to a lot of different cons around the world, you mentioned Con Man, that’s where I built that show from those experiences. And some of those are intimate, where you really get a one on one situation. It’s really the only place where you get that, at Cons. When you’re signing. When you’re at a premiere, you sign only a handful, you’re like, “I’ve got to go in,” at the airport you go, “how did you know I was on this plane, this is weird, I’m uncomfortable,”

TYLER:  It’s hours of tiny, very very unique, specific conversations. Everybody who comes up, you have a very small, but kind of like fulfilling conversation with them.

ALAN:  It can be moving as hell.

TYLER:  And some people don’t say anything, which is pretty awkward. That’s when I speak too much and try and fill in the blanks. 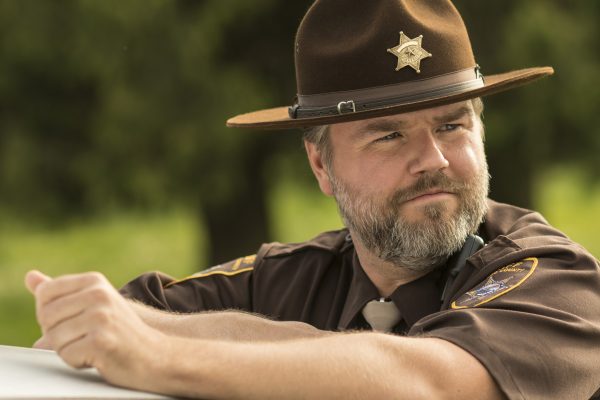 What can you say about your characters in Dirk? We never know who these guys are anyway until the last episode of the season when you figure everything out.

TYLER:  I’m literally so uncertain of what we’re allowed to say or not.

ALAN:  You can say the word umm… I can say everything’s connected. And you’re part of that connection.

ALAN:  You’re going to hear that a lot.

TYLER:  And living within the connectedness, my character is Sheriff Hobbes, and if I can make sort of direct correlation to season 1, me and Izzy Steele, we’re like the new detectives. We’re the cops. It’s a fictitious town called Burgsburg, Montana…

ALAN:  You’re like on the good or the evil side of things.

TYLER:  I’m on the good side but I may dabble into the evil side a little bit. But we may, uh…

ALAN:  Only in intimate settings.

TYLER:  Me and (Izzy Steele), we inexplicably go along with whatever crazy oddball stuff is happening in their world, but we, for all intents and purposes, we should probably arrest everybody the moment they walk into our sheriff station. I just kind of go, oh yeah, time travel, that’s pretty much a standard deal, and we just go along for the ride, and we end up becoming their new aides, I guess.

It’s a really quirky show. What about that appeals to you personally?

ALAN:  The originality. We don’t get a lot of that. A lot of shows that are successful right now or that people tune into have originality. It’s not a single thing. This comes from the mind of Max Landis, and that’s an original mind.

TYLER:  That man is something else.

ALAN:  It’s very appealing to be part of that. It’s a ride, from script to script. My character, Priest, Mr. Priest…

TYLER:  If you want to get formal about it, yeah.

ALAN:  well, that’s what they call him, Mr. Priest. I have guns – I’m supposed to be intimidating. I don’t know if I can pull it off, but Max says I can. I have guns! I have a machine gun! I’m on track to hunt these people down. It says on something that I’m a good sort of bounty hunter, and I’m after the project people. 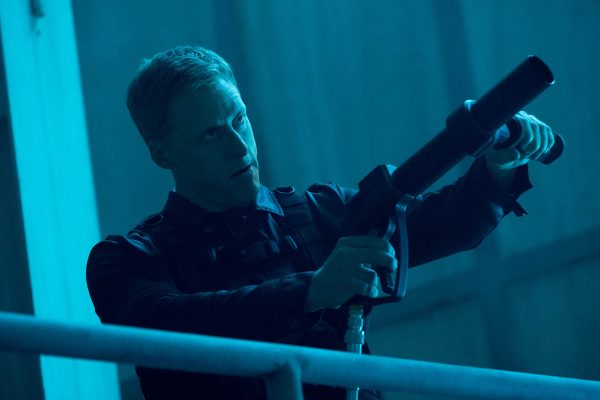 ALAN (con’t): I’m very good at it. I’ve been good at it for a long time. That’s my piece of the story, and I’m ultimately connected, we see it converging now. We’re on our last episode! Week after next? Isn’t that the last episode of the season?

TYLER:  We have another whole 2 blocks to shoot.

ALAN:  Yeah, but we’ve read them all.

TYLER:  I do want to say something about the whole feel of the show and the quirk element, I’ve been remarking to my wife almost every night when I get home. It feels like we’re shooting a live action cartoon. Just the stakes are so ridiculous and things don’t make sense, but they do, and as an actor you really get to swing for the fences every time. I don’t know if you’re having the same experience, but it’s like the sky’s the limit kind of vibe on this show. And it’s so fun to do. It’s so much fun. It’s like that old adage, there is no wrong answer, no, there’s no dumb question, that definitely goes on this show.

ALAN:  There are stupid questions, that should be said.

Miss our other SDCC interviews? Catch up here: Elijah Wood/Samuel Barnett; Hannah Marks/Jade Eshete; and Mpho Koaho/Fiona Dourif.  Make sure you subscribe to ThreeIfBySpace.net to keep up on all your Dirk Gently news and follow us on twitter @ThreeIfBySpace. Season two of Dirk Gently’s Holistic Detective Agency premieres on Saturday, October 14th at  9pm EST / 8pm CST on BBC AMERICA.