Four episodes into “Star Trek: Discovery” and we’ve encountered some strange and interesting things already, but perhaps the most interesting development is this push toward spore propulsion – and the potential it has in the growing war with the Klingons. What’s fascinating, other than it can drop ships in and out of places at the snap of a finger, is the “super computer” creature it apparently needs to navigate the universe – and the apparent cost to that creature for being used. The whole concept is interesting.

When Captain Lorca tells Lt. Stamets that the Discovery is no longer a science vessel, but an instrument of war, it’s clear he is prepared to use whatever means necessary to protect the Federation and defeat the Klingons. In the end, we see that using the creature for transportation purposes is part of that all-out effort to win this war, and gives us insight into the episodes’ title, “The Butcher’s Knife Cares Not For The Lamb’s Cry.”

The creature looks fearsome, but is docile and has a wonderful connection with the spores – unless feeling threatened. It’s an interesting discovery but one that Lorca likely doesn’t give two hoots about. How it can help him conduct war is, however. 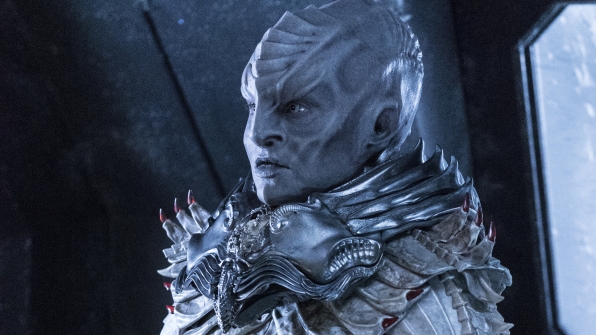 L’Rell (Mary Chieffo) plays a dangerous game as deceit and betrayal emerge within the Klingon ranks.

Lorca’s resolve to do what’s necessary is a theme echoed throughout the episode as character after character is faced with making difficult decisions — from Michael’s struggle to open the last will and testament from Captain Georgiou to Lt. Stametz having to decide if serving aboard a military vessel was for him to our intrepid security chief taking a deep breath and facing the creature one-on-one (and losing badly, I might add).

Even the Klingon has to go against his instincts to retrieve the dilithium device aboard the Shenzou, the instrument of T’Kuvma’s destruction, to save his people. Tough decisions were everywhere in this one.

As I’ve mentioned before, any episode with major Kliingon action is a good episode for me and this one had a nice bit of drama play out as a thrust for relevance is betrayed in a grasp for power. And we learned an interesting lesson about the Klingons – they don’t have any qualms about feasting on fallen foes. Turns out, Captain Georgiou was a nice meal for the Klingons in the aftermath of the battle that felled T’Kuvma. I’m not sure how I feel about that little revelation. I mean, the Klingons as cannibals? That’s an interesting take, though I would submit that they have so little regard for the Federation, and those on House T’Kuvma were starving, that they had to make do with whatever food source was available. 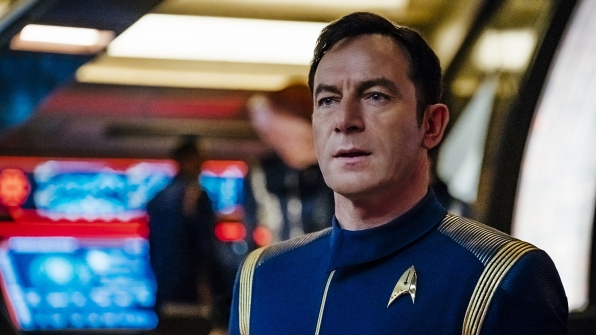 Jason Isaac as Captain Lorca aboard the Discovery.

There was a lot going on with the Klingons in this episode. We’ve got a budding little mating ritual brewing, even in the face of a huge betrayal at the end of a buffet table. The successor to T’Kuvma, on the eve of getting his ship back in the fight, was betrayed by his crew, though not all of them. It’s an interesting little soap opera within the Klingon realm right now. They are united against the Federation, yet there are still those house loyalties, suspicions and opportunistic moments that cast a bit of a pall over the talk of honor and respect.

A united Klingon society is obviously an interesting society that, by our betrayer’s own admission, won’t last after the defeat of the Federation. Remember, “Star Trek: Discovery” is set about a decade before the Kirk era, so it would appear this show is merely on the cusp of what we will soon know as the Klingon Empire.

Throughout the many iterations of Star Trek, I’ve always been fascinated by the Klingon culture that seems to be so focused on duty and honor, yet so often has no problem displaying their total disregard for both. Apparently, honor comes with a price in the Klingon world and that price is greed, corruption and ambition. A good reminder to us all that turning good and true words into actions to live by is much harder than we’d all like it to be. 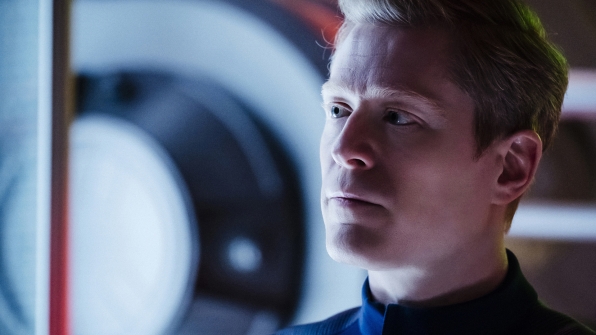 Paul Stamets (Anthony Rapp) had to make a big decision during episode 4.

As noted last week, I think “Star Trek: Discovery” has kind of hit its stride. It took a couple episodes to get to this point, but beginning with episode 3, I think the lane the show has gotten into will serve it well throughout the rest of the season. I thought episode 4 was its best thus far. While the Klingons deal with their internal issues, we are getting more of a view aboard the Discovery. And isn’t it an interesting view? I like the burgeoning dynamic between Michael and her roommie Tilly (played with hyper gusto by Mary Wiseman) and hope to see that kind of flesh itself out into an odd and resourceful friendship as the season moves along. Michael needs someone to fill the friend role for her after all that’s occurred, and it’s obviously not going to be Saru, whose unfiltered opinions are at once entertaining and annoying. I do like their banter, though.

We’ve only been exposed to Captain Lorca for two episodes, but there’s plenty of mystery about him. The man’s a warrior, that much is obvious, but there’s a lot more going on in that mind of his than simply looking for a way toward victory. There’s a genius-like quirkiness to his actions, one that delivers a vibe that he’s looking two, three or four steps down the road to a bigger picture that others don’t see. But I sense a coldness, too. We’ll see how that plays out moving forward.

It will be interesting to see what happens when he and Michael butt heads regarding the creature they used for the spore propulsion system. Michael was obviously bothered by the aftermath and given her sense of right, wrong and honor gleaned from her Vulcan upbringing, it seems it won’t be long before our new crew member and Captain Lorca exchange thoughts on the subject. I’ll be curious to see how his vision of winning the war rubs up against her feelings of doing what’s right by another creature. Should be fun.

Michael and the creature – It feels a little like an ode to the classic episode from TOS when we meet the Horta – another docile creature that is misunderstood and eventually communicated with. Will Michael make a similar connection to this creature? 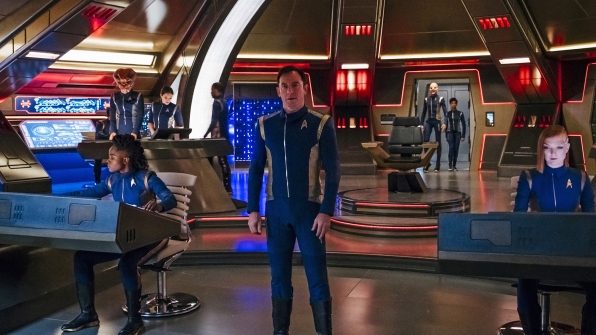 “Star Trek: Discovery” is in an interesting place in the overall realm of Trekkian history. Any Star Trek offering is going to be weighed and measured against those that came before it. I think the mistake in evaluating this show is that we often want it to remind us of the previous shows that came before it, to provide us with a comfortable frame for viewing. “Star Trek: Discovery” isn’t really doing that right now, and I think that’s just fine.

I think it is honoring its Star Trek roots while at the same time breaking new ground and offering a new look and feel for the franchise. Good. We need that. I’m a fan of this show. I like a new take on the Klingons (yeah, they do look like Orcs, but what the heck), a kind of cool new look and vibe for the Discovery, and the feel that we’re discovering something new about a galaxy we thought we knew so well. Yes, it’s early in the timeline, but as Star Trek has taught us, things do change and if we let them, we’ll get comfortable with those, too. Now about those Section 31 theories? No, wait, never mind. Let’s see what comes over the next few episodes.

Star Trek: Discovery has won me over. I like its grittier, darker feel right now, though there are subtle humorous moments. I like that it’s taking us out of our Trek comfort zone so completely, while still paying homage to its TV and movie roots. Be new, be bold, be out there — because that’s what has always made Star Trek worth watching.