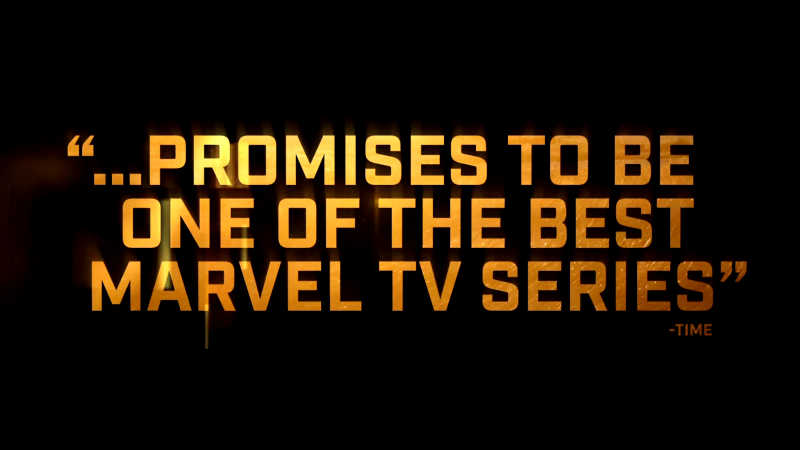 The first episode introduced us to the main characters of The Gifted, now we should prepare for the action to really begin.  This preview is showing us that Episode 2, called rX will be keeping us excited and on our toes. Emma and I watched together, below are some of our thoughts while we watched. We also learned about the Sentinel Services website where we can learn if we are mutants.

0:12
Emma: From what I’ve seen so far, I agree with the critics. I hope they keep it up and it doesn’t end up like Heroes.
Alyson: There definitely is a Heroes feel to this.
Emma: But there’s no cheerleader! How do they save the world?

0:20
Alyson: Andy’s powers seem to be getting stronger.
Emma: Yeah, I just hope he learns how to control them. Might be hard though since he’s an emotional teenage boy. You know about that, mother.
Alyson: Yep! I went through it twice, thankfully without mutant powers!

The Gifted has created a website that allows fans to go onto their computers or phones and be able to become part of the Marvel based world. The site serves as the Sentinel Services’ information site about being tested for the “X-gene” and why it is important to be tested. Sentinel Services offers information on the safety risks of having the mutant gene, the warning signs and symptoms of the gene, statistics collected by the “Department of Mutant Affairs, Sentinel Services Division,” the benefits of getting tested, and four stories from “real people” about how getting tested has helped their lives. However, the site appears to have been hacked. When you click on the links to “get tested,” you get a message from members of the Mutant Underground. The members warn against the dangers of getting tested and what could actually happen.

The Sentinel Services’ website has allowed Fox to promote the gifted in a fun interactive way that helps to bring the viewers into the world of The Gifted. It also gives viewers information about the show’s odd, powerful governmental service and how they are manipulating the population with false reassurance of safety for mutants while at the same time using fear as a weapon to turn others against “muties.”

What do you think about the Sentinel Services and their tactics to identify mutants? Whose side are you on? Leave a comment below!

The Gifted airs on Monday nights on Fox at 8pm CDT.

Learn more about the show on The Gifted’s site.