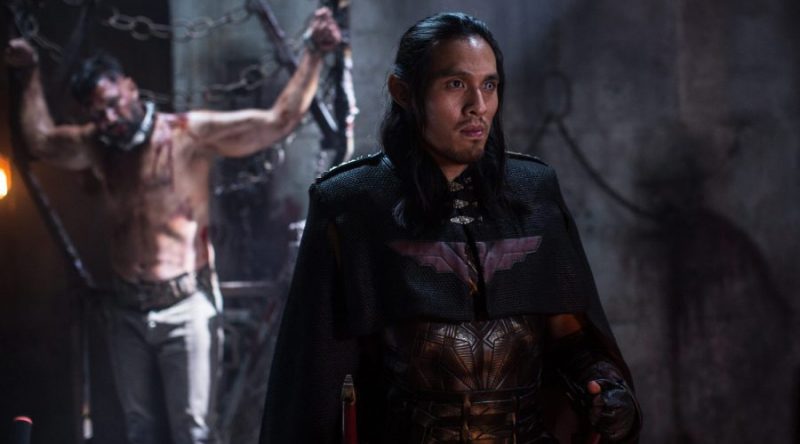 Well, The Shannara Chronicles continues to not disappoint. Last night’s episode, “Graymark,” was one for the books. It was very intense and tensions increased as characters started to come face-to-face at last. I thought the latest episode upped the ante and was absolutely fantastic. There is never a dull moment in The Shannara Chronicles!

So, obviously we knew the plan to rescue Allanon was not going to go smoothly. Things have been going sideways from the very start of this season. Which is why it makes perfect sense that midway through the episode, Will was getting his blood drained – absolutely disgusting and very intense. It was a tough moment of Shannara truth for Will, but we could see that it was hard for Allanon to watch as well.

Despite Will being angry with him, it is clear that Allanon still cares for him. It was hurting him to watch Will’s turmoil and not be able to save him. Even though there was a lot of torture going on, Will and Allanon were able to talk a little about the past, although I am not sure that it is going to make much of a difference. We continue to see Will unable to take the long view of things, which bangs up against Allanon’s experience and big picture view of what’s developing. 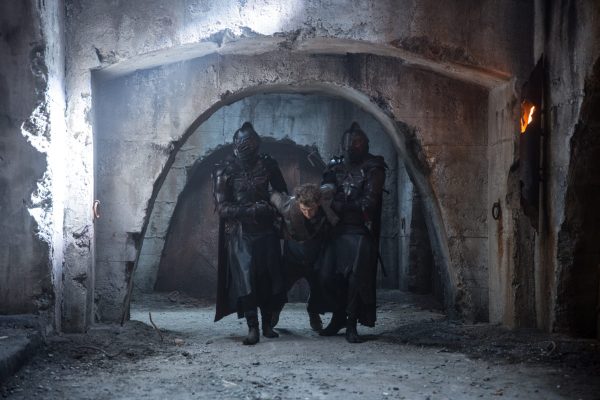 Oh Jax, you act like a tough guy, but there is something in you that pushes you to the good side. His motives may have something to do with guilt from the past, but needless to say, it was awesome having him stick around. When he entered the castle with Will in tow, his interaction with the Crimson guard gave us a little hint into what sent Garet Jax down the bounty hunter road – and why caring about things is not part of his makeup. Or is it? I find Jax to be an intriguing character. What’s his role in all this?

Uh, so Mareth can use Allanon’s staff? Holy crap! If there is any sign that she is Allanon’s daughter, this is it. His face was one of pure shock when he saw her wielding it. I think I would be in shock too, though. Boy, does she handle that staff pretty darn well. It must run in the family.

So, what does it mean if she’s Allanon’s daughter? Let’s face it, that’s an interesting backstory to delve into. Will it soften Allanon a bit so that he can better relate to Will? It’s an interesting dynamic that the show is adding – if she’s his daughter. If not, what’s her game moving ahead? It would be interesting to have another druid, or druid-like entity, in the mix, don’t you think?. 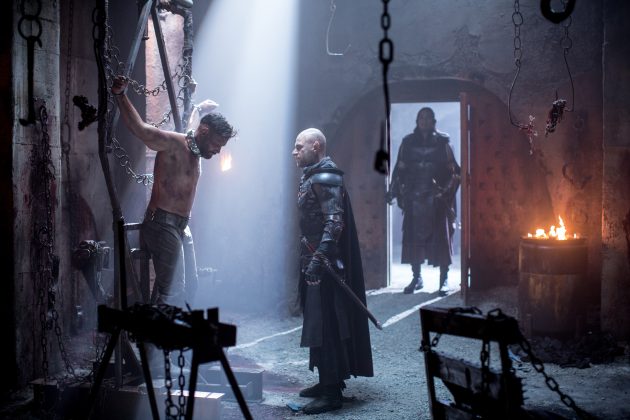 The torture room with Allanon as the guest.

What a sweet moment Erertria and Will had. Actually, there was a couple of them. I loved when she first found him and he just envelops her in a hug. It made my heart feel so happy! I have always loved the two of them together and not necessarily as a romantic way.

They have helped each other in so many ways and been there for each other when they had no one else. That is the best type of relationship to have and I am so excited that they are reunited. And let’s face it, Will needs some cover. On his own, he’s a bit of a hot mess, right?

But my question is how many times are we going to see Will lose the Elf Stones this season? As you might recall, he had trouble keeping his grip on them last season as his youthful poor judgement got the best of him a time or two..or three. 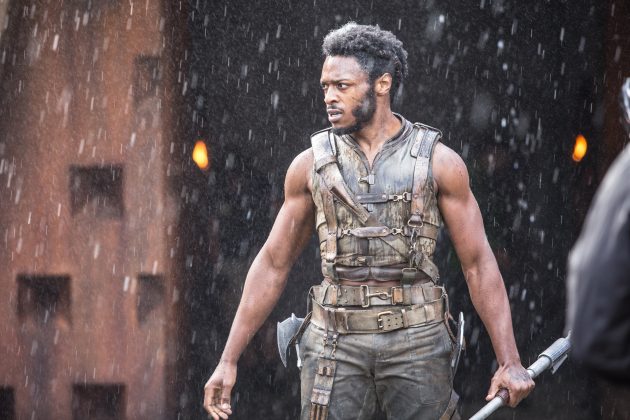 Whose side is Garet Jax on after the battle at Graymark.

My hope is that as this season moves forward, Will will mature and start to embrace his roll as the Shannara. Up to this point he has been reluctant at best, irresponsible at worst and the Four Lands needs him to step forward. That’s kind of the battle within the battle that’s coming – can Will accept and grow in the role he seems destined to fulfill. But how long can he last without embracing who he is. And will he and Allanon reconcile fully in time?

One of the highlights for me came late as the rescue was being pulled off. Swords were drawn and we got down to some butt-kicking at last. Jax and Eretria proved to be a very dynamic duo in a fight, but we also saw Merath getting in on the action as well. Feels as though a new team is forming around Will and it’s easy to see he will need them before it’s all said and done. Jax is still a question mark, but for right now he’s a valuable player in Will and Allanon’s game.

The new faces have made things interesting already, so I’m anxious to see what the next few episodes brings as the Warlock Lord and the Crimson jockey for position and power, catching Will and his companions in-between.