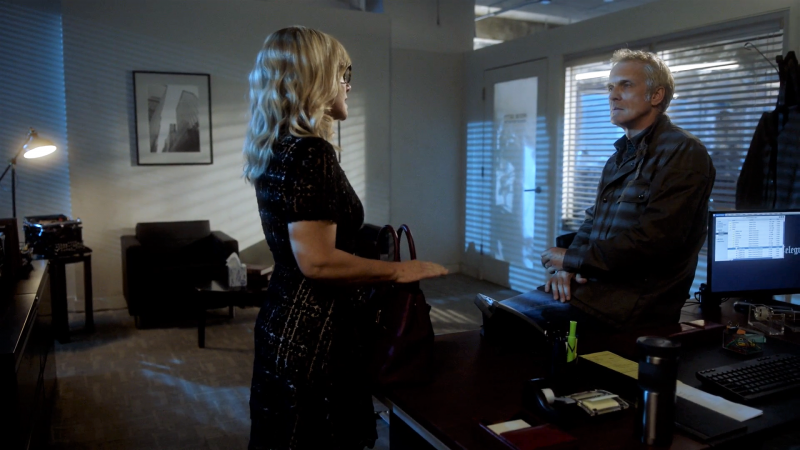 This episode gives us Linda’s backstory. We learn about her husband, their divorce, and his subsequent breakdown. It’s a little confusing to start, but by the end its clear, and we realize that we have been creatively manipulated by the writers.

The episode begins with a man waking up in a hospital learning that he almost died. When he asks the nurse if his wife came to see him, she tells him that no one came to see him. He has been having problems with her, so he decides that since he’s been given a second chance at life, he will fix their problems. It’s all so simple and positive until he arrives at their place and finds out she has been sleeping with another man and that man is Lucifer.

Reece decides to go to Lux to learn about this man who is having an affair with his wife. Lucifer notices him watching, and being the consummate night club owner, he goes to talk to him. They talk and Lucifer learns that he is upset because his wife is sleeping with another man, “a sleazy, arrogant, womanizing, piece of garbage”. Since Lucifer is the devil and is all about punishing people, he tells Reece that he needs to punish this man, not knowing that he is telling the man to punish him! 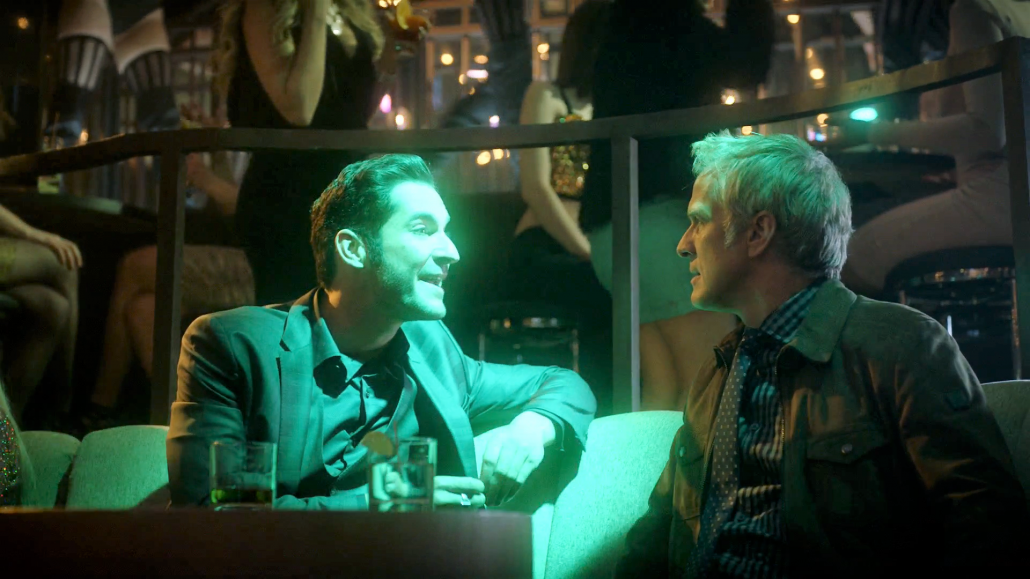 It turns out that Reece is an award winning reporter and he learns that Lucifer is a consultant with the police department. He is sure that there is something wrong with Lucifer and decides to investigate for a story. He arranges to ride along with Lucifer and Chloe and interviews people who know him. To his dismay, everyone he speaks with loves and admires Lucifer.

The murder that they are investigating this week turns out to be by a serial killer. The killer is making a statement by revealing frauds. Lucifer’s comment is, “Someone is killing charlatans, the worst kind of scum, after boybands”. There is the organic cosmetics and natural skincare guru who has regular cosmetic treatments and surgery. Before this murder, there was a vegan chef who owned a cattle ranch, and an environmentalist who owned a private plane.

As the show continues, he cannot find evidence of Lucifer’s dishonesty, because there isn’t any. Lucifer is straightforward about what he thinks and what he does. This is one of the reasons we love him so much, he says things that everyone else wants to say, but doesn’t. There is almost an innocence to his outlook on life, which is really pretty ironic since he is the devil! He doesn’t care what anyone thinks of him, which in the end makes him more lovable.

Reece learns that Lucifer is the devil while Lucifer is questioning a suspect, he is watching in the observation room. Lucifer shows his devil face, Reece sees it and is understandably horrified. So far a few things have happened that have made us question the timing of this episode. Lucifer and Linda stopped sleeping together a long time ago, he has not had his devil face all season, and there is no sign of Ella, those are just a few examples. It’s a bit confusing. 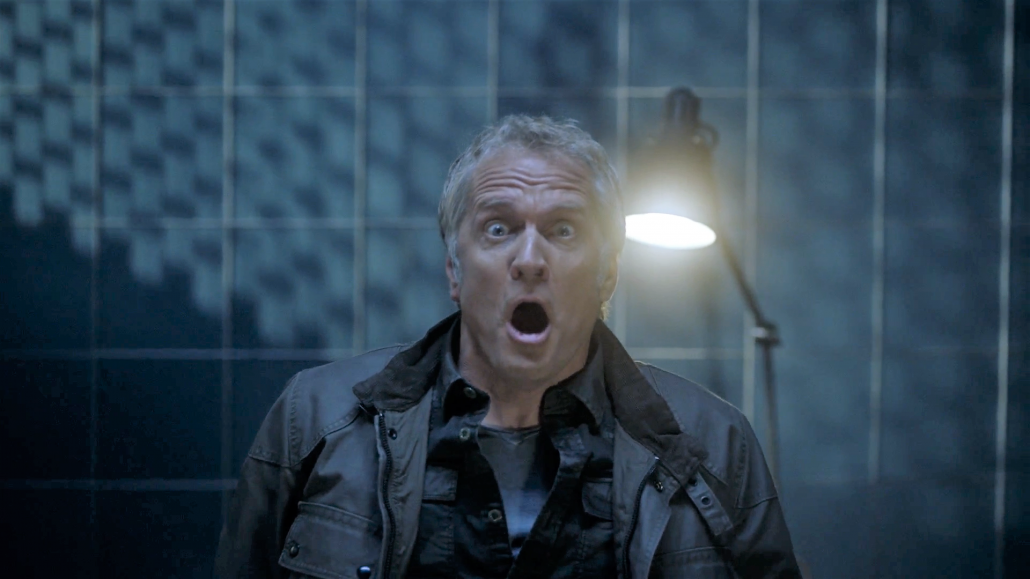 We finally find out that Linda and Reece are married and have been separated for two years. Linda has been trying to get him to sign divorce papers and does not consider herself married anymore. Reece realizes that he cannot find evidence that Lucifer is a fraud and decides to prove to Linda that he is the devil. He believes she has been seduced by the devil and doesn’t know what she’s doing. But that is not the case; she is enjoying herself with someone who doesn’t make her feel trapped. She likes that Lucifer is completely present in the moment and gives her 100% of his attention. Her feelings about him are telling about her relationship with Reece, and also about Lucifer’s honesty and straightforwardness. This is another situation that doesn’t match our current timeline, because right now she knows that he actually is the devil.

Linda forces him to sign the divorce papers. He leaves with a new mission, to prove to Linda that Lucifer is the devil. He becomes obsessed and there is a montage of him over time putting pictures, articles and other information about everyone in Lucifer’s life on white boards on his office walls. This is a time line that lasts about a year. It is interesting because it is a review of many of the key events and all the key people over the last three seasons. Here is a gallery of photos from this time showing much of what he has discovered, and it is a lot. He has all the same questions we have about who people are and what their roles are or have been during the show. 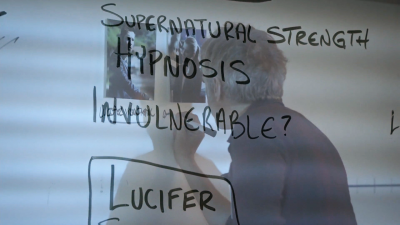 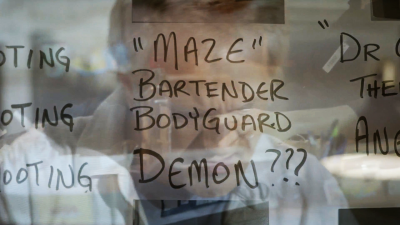 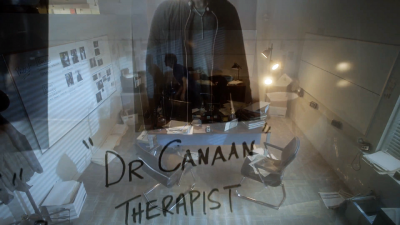 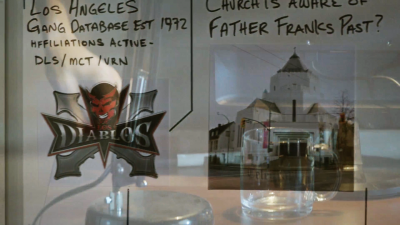 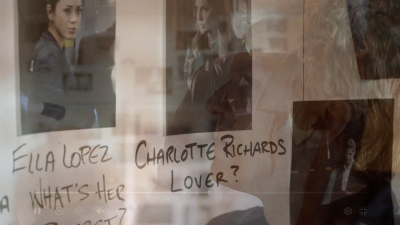 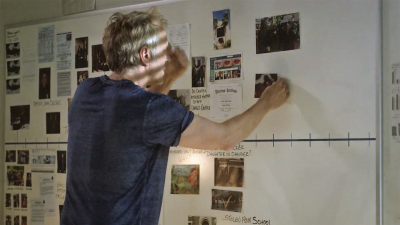 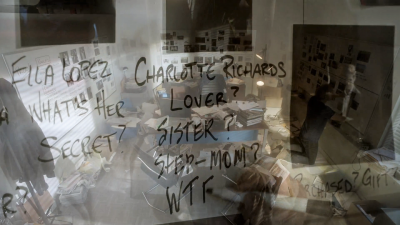 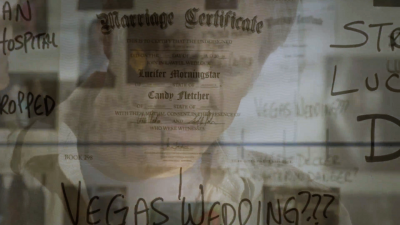 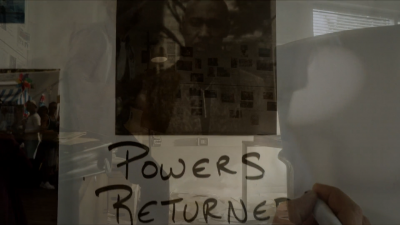 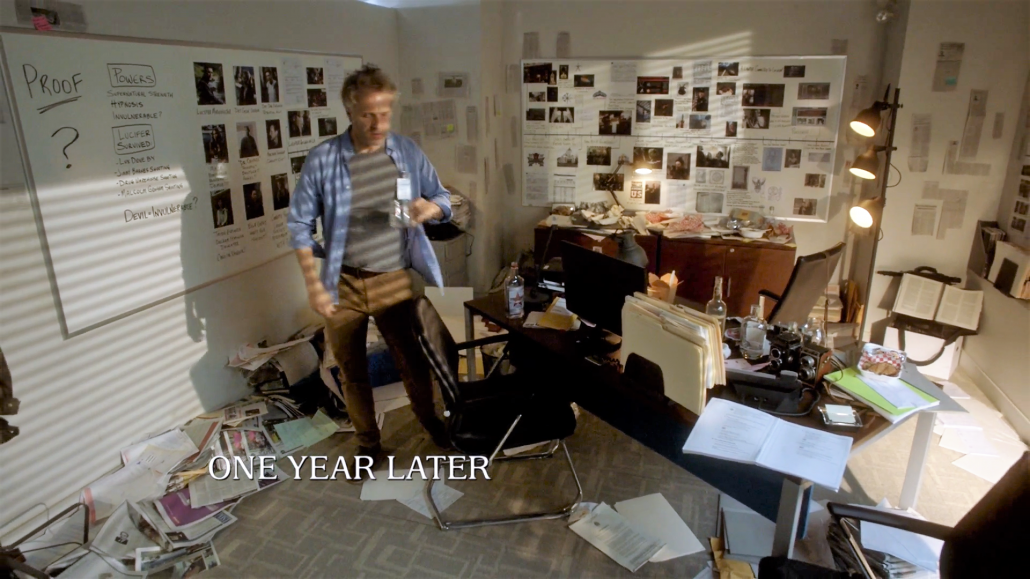 Reece has become unhinged during the year he was stalking Lucifer and everyone he knows. He has information about Lucifer all over his office, but still no evidence that he is the devil. Reece finds out that Lucifer has an appointment with Linda and goes there to prove to her that Lucifer is the devil by showing her that he cannot be killed. He bursts into her office and shoots Lucifer. Lucifer stands up and is very angry, just because there is now a hole in his Burberry suit. He also says, “You’re lucky the detective wasn’t here, you’d be cleaning my blood out of the couch.” But by now Linda knows that he is the devil, she isn’t sleeping with him anymore, and he is her friend. Reece runs out of the office in an even worse state of mind. 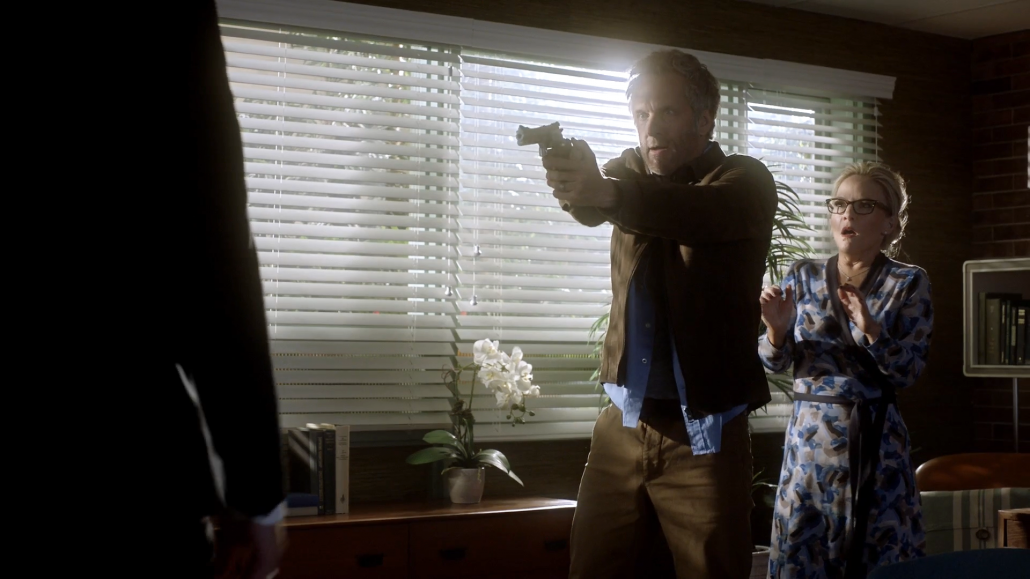 Back at his office, Reece’s editor tells him that he needs to be done with his obsession with Lucifer; he’s been at it for a year and has spent enough time on it. He just loses it and throws what amounts to a tantrum and rips everything off his walls, destroying all of his work from the last year. At the end of this fit, he remembers that Lucifer said that he would have been bleeding if Chloe had been there, at the same time he has some important evidence that they need to catch the serial killer. Reece decides to get the killer to kill Lucifer by telling him about how much of a fraud he is. They arrange to meet at Lux and Reece gets Chloe to meet him there so that Lucifer will be vulnerable. The killer puts poison in Lucifer’s drink but it gets switched with a woman he is talking to, killing her.

When Lucifer finds out that Reece set it up and that Reece blames him for all of humanity’s misdeeds, he tells Reece that he takes no part in who goes to hell. Lucifer is not responsible for his soul. Humans send themselves to hell by their guilt, to relive their sins over and over again. We also learned that the door is not locked, anyone can leave hell if they want, but they don’t. That was unexpected. It wasn’t the case with Charlotte. She was locked in hell for a long time until she escaped, and she sure seemed as though she did not want to be there. Reece goes back to his office, walks to his desk and takes a drink, then collapses. The killer is there and tells him that he realized that Lucifer wasn’t the fraud, he is. He is choking to death.

Reece wakes up in the hospital with the nurse telling him that he had a close call and almost died. Hold everything!! He is in his own hell! This whole episode was Reece living through his hell! What a creative and devilish way of showing us Linda’s back story! 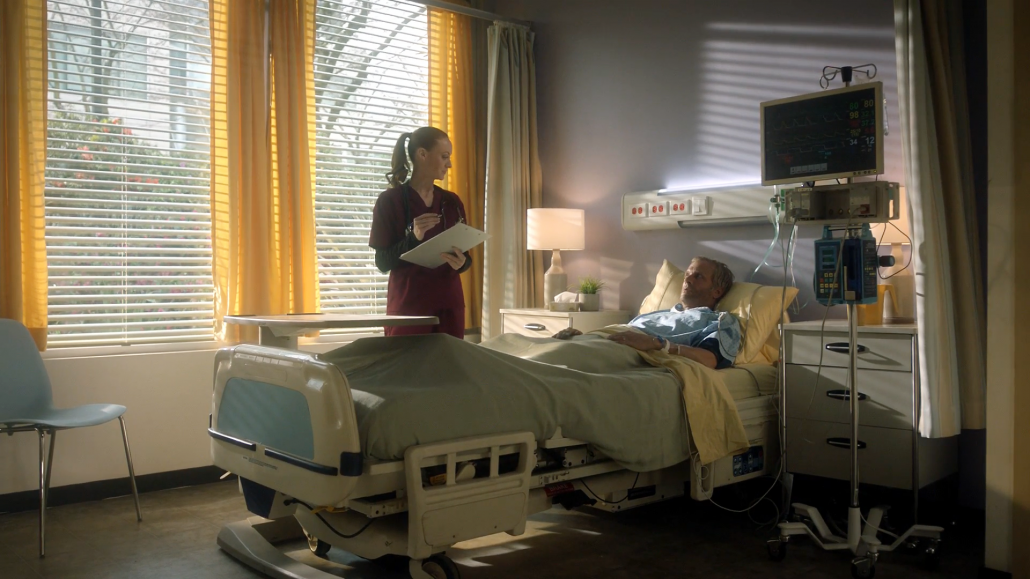