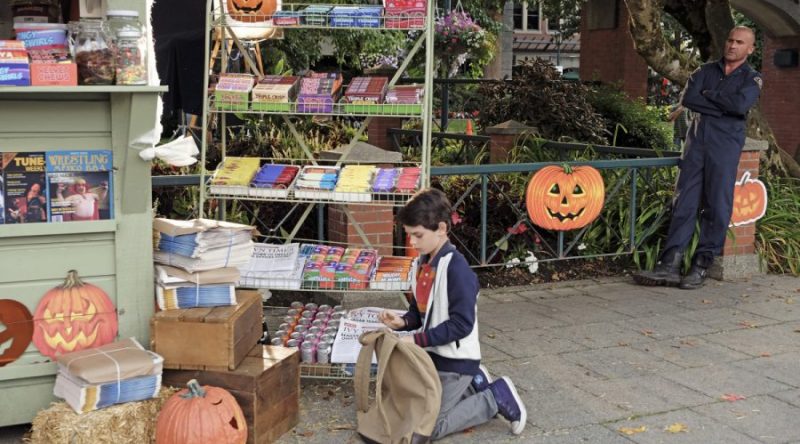 There is nothing better than a show full of monsters, on Halloween. Phone Home, delivered that and much more on last night’s episode. It really is amazing how the team’s disfunction can actually work things out in the end, but not with some bumps and bruises. Yet, isn’t that what makes The Legends of Tomorrow, amazing? I whole heartedly think so! I think the fact that it isn’t your normal super hero, save the day, type of show, is what makes it really work. There are plenty of shows like that, but as the Legends like to point out, they aren’t heroes. I love it!

Was anyone else feeling that Stein was a traitor? Rory’s explanations for everything was definitely making it seem like Stein was a traitor. I was definitely second guessing where his loyalties were! Poor Jackson was also starting to believe that Stein was lying to them and had betrayed their trust. He was having a hard time with the possibility. See, these are the things that I am talking about, which makes the show really great. The writer’s throw little curve balls at us and we have no idea what will happen. This is what makes for a really great show! We don’t want things to be just handed to us, we want mystery and excitement! 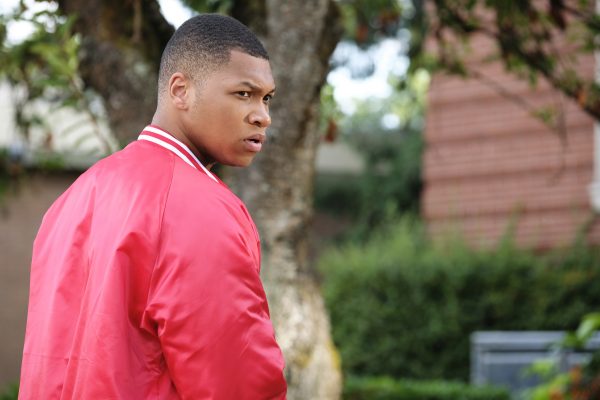 Speaking of monsters, how cute or not, was that little Dominator? Personally, not cute but he sure did remind me of something. I wish I could put my finger on it…. Oh, yes, E.T. Now, I loved the nod to E.T., when Zari had them flying on the bikes they stole. I am not an E.T. fan, at all. Yet, this little add to the show was pretty awesome, I have to admit. Which is another thing that I really enjoy about this show. They had so many nods to other shows/movies, it is just a ton of fun!

The Legends of Tomorrow has never been really a scary show, but with the Dominators last night, there was a definite scare factor to them. The mom Dominator or the Mominator (that’s a good one, huh?), was scary! I would not wanna mess with that beast! Yet, this added a little bit of a new element to the show.

Ah, little Ray. How adorable was he? It was interesting going back to 1988 and seeing how Ray was as a little boy. With The Legends of Tomorrow being focused on saving Ray, it was interesting getting to see what Ray was like as a child. It gives us a little more of a back story onto what made him the way he is as an adult.Granted, there were things that weren’t accurate because of the anachranim, but there were still parts of it that were true. It is pretty clear that he has always been a dreamer and that is something that really makes Ray a great guy. He always looks on the positive side, instead of focusing on the negative. I think we can all agree, this is a trait we could all use a little more of in our lives! 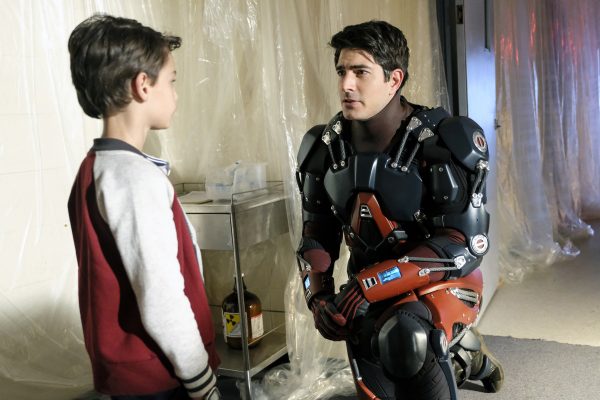 The show has really picked up on the excitement in the last two episodes. Things may be taking a little darker turn, in the sense there seems to be more monsters in the show. I am all for it! I think making it a little more intense will be really good for the show, to where it isn’t mostly fun and games. Don’t get me wrong, I love the silliness of the show, but I also find it appealing to have monsters in it as well. I would like to see Sara fight a little more. It seems like she isn’t doing as much fighting in this season, which we obviously need! Come on Sara, kick some more butt!