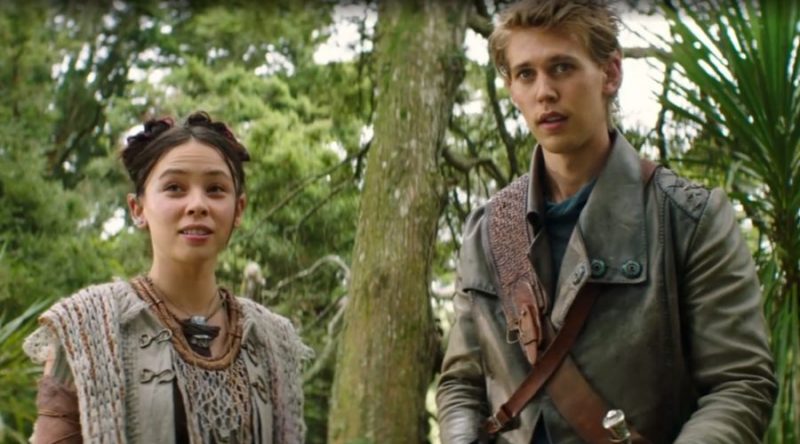 It can never be said that The Shannara Chronicles doesn’t bring destruction not only to the screen, but to our hearts as well! I am absolutely devastated by some of the events from “Paranor” and “Crimson”. The Warlock Lord isn’t even back yet and there is so much destruction! Before we delve into all the goodies the two episodes brought us, let’s discuss why we had a double-header.

So, this week on The Shannara Chronicles, we got back-to-back episodes. Many of us were left wondering why this was happening. Especially since next week is also back-to-back episodes. Is the show not doing well? Are there not enough viewers and are the ratings bad? Well, have no fear! Spike has informed us that about 90% of viewers watch via playback(DVR) and really enjoy binge watching. This allows for some great binge worthy time, something many of us love to do,perhaps even with a tasty snack and an ice cold beverage! The show is doing great and this is only for Spike to cater to the viewers needs. In my opinion, this is very considerate of Spike and they deserve a huge thanks for thinking of their viewers!

The Father Is… Allanon!

Well, there is no questioning the fact that Mareth is Allanon’s daughter. She was able to use the portal with Will, which sent them back in time. Although, let’s face it, we all knew she was his daughter. Allanon just didn’t want to believe it was true. Why? Who knows. Maybe, he knows that he is not father material and just doesn’t want that connection. Sucks for him! I have a feeling that if Mareth has her way, and of course she will, Allanon will have no choice but to get to know her on a deeper level. I love family reunions and this will be so much fun to watch develop! Let’s just hope that Allanon gets the chance to be the father we all know he can be. 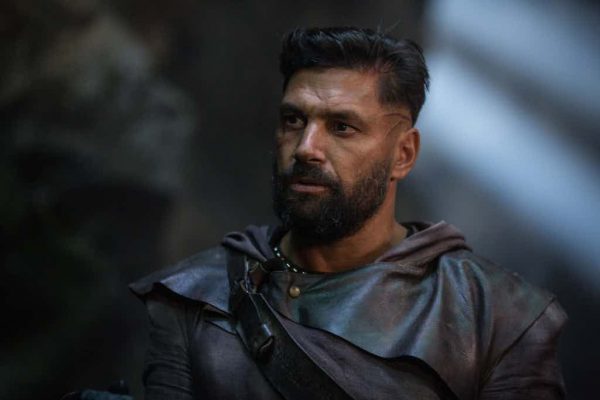 Mareth and Will head on a journey to find the Warlock Lord’s skull. Their destiny looks like Paranor, but it looks a little different the last time they saw it. The reason? They were time traveled into the past! Will get a first hand look into what his parents were like as young adults. Life was not easy for those two, but I think they are going to be just fine. I was shocked when Will spilled the beans, to his dad, that he was his son from the future. Say what? Yep, Will just tells it all and it’s amazing Shea didn’t fall over from shock! One of the things I really enjoyed about this part of the show, was that Will seemed to kind of grow up and had to explain to his dad that there was a great force at work called, destiny. It was amazing because Will was saying the exact same thing that Allanon had tried instilling in Will. Are you ready to accept your fate now, Will?

Well, despite their best efforts, Will was not able to save Uncle Flick. Life just ins’t fair! Yet, that wasn’t the big epic fail we have to talk about. The Sword of Shannara was shattered, in the battle between Bandon and Will. How is that even possible! I do remember Allanon telling Will that the sword is only as strong as the one who wields it. We all know that Will was heartbroken after his uncle died, so it is safe to assume that the sword didn’t stand a chance in its fight against Bandon. I do feel that it should have been a little stronger, though. It is this wonderful sword and is talked about in awe, but with one, big hit, the sword just shatters. Anyone else feel like this is kind of odd? Will they be able to fix it? With the Sword of Shannara broken to pieces, what does this mean in the fight against the Warlock Lord? Is there any hope left for our brave fighters?

Let’s take a second to just appreciate all the devastation that General Riga has done so far. I mean, the guy knows no bounds! He kills whenever the mood strikes and doesn’t think twice about it. He does expect complete and total loyalty from those around him. Which, is probably a good thing to have, but woe to those who break that trust. Queen Tamlin is no longer safe from his wrath as we saw on “Crimson”. 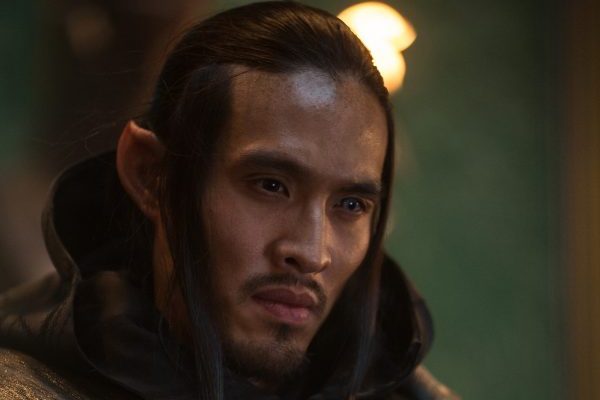 Well, we almost had the wedding of the century! Of course, nothing good can ever come easily. And General Riga was out for blood. This was a fantastic scene! There was fighting and killing all going on at once. And then we see Jax and Eretria burst through the doors. King Ander puts up a good fight, but unfortunately, he just wasn’t strong enough to defeat General Riga. He practically sacrificed his life in order to save Lyria. A very noble gesture, but it cost him his life. With him dead, what will happen to the Elves? Is there another who will be able to take his place? I really hate that he is dead! Yes, it makes for a great show, but I don’t want him to be dead! 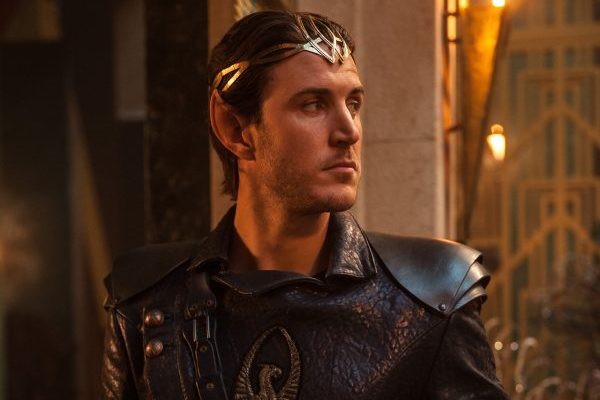 Ok, what is up with Cogline? Is he trying to turn Eretria bad? I am just not sure if he has her best interest at heart. I mean she killed that Wraith and her eyes went pitch black! When eyes turn pitch black, that is never a good sign! I am curious to see what happens with her in the next couple episodes. She was delivered a hard blow, learning who she really was. I have faith in her though. If she can continue to fight for good and work with Will in defending The Four Lands, I think she will make it. Yet, Cogline and his motives have me a little worried. Let’s all keep our fingers crossed!

The Warlock Lord’s skull is in Bandon’s hands, which means that there is not much time left until he is resurrected. Allanon is on the brink of death and The Sword of Shannara is broken. On top of all of that, King Ander’s death means that there will be much chaos to follow. Things are looking very bleak and hope is just dwindling. Is there any way to stop all of this darkness, before it is too late?

Darkness is just starting its reign of terror, on The Shannara Chronicles! Make sure to tune in next Wednesday at 9/8c, on Spike. Let the excitement and chaos continue!