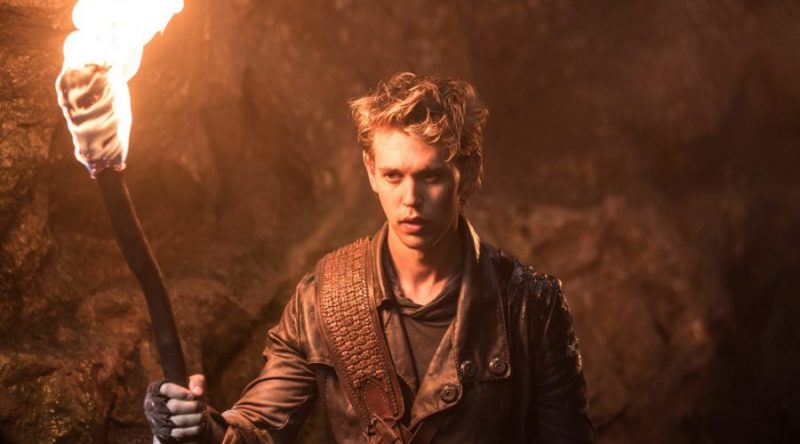 What a fantastic episode of The Shannara Chronicles:Dweller, last night. I was really blown away by it and didn’t want it to end. Right away, there’s tension between Allanon and Mareth. Allanon is certain that there is no way she can be his daughter, but I think he is gonna have to accept the fact that she is most likely his. There is obviously a reason why he was able to help conceive her, even though he was told that it wasn’t possible. You can’t run away from your destiny, Allanon. There is a bigger picture here and your daughter has something to do with it.

So, we see Will, Allanon and Mareth head to a very dangerous area in order to gain some knowledge. Not to mention, The Sword of Shannara. This is a huge deal for Will because not only did he think the sword was buried somewhere else, but it turns out to be buried with his father. Talk about a huge surprise! Poor Will looked like he was ready to fall over. Now, getting to the sword was not all cupcakes and roses. Since, we of course, love to listen to Will’s plans, the team splits up. Will heads out on his own because he has the Elf Stones, which means nothing will happen to him. Ha! Yeah right.  We soon discover why this week’s episode is called “Dweller”. There is a huge, disgusting creature in those caves. They call this creature, the Dweller. It apparently spins you in its web and sucks you dry by feeding on your worst fears. How awful! Also, that thing is butt ugly! No thank you! So, it catches Will and starts feeding off of him. It really is an awesome moment of the show. It is creepy, gross and yet very exciting. I can’t wait to see what happens next to Will. 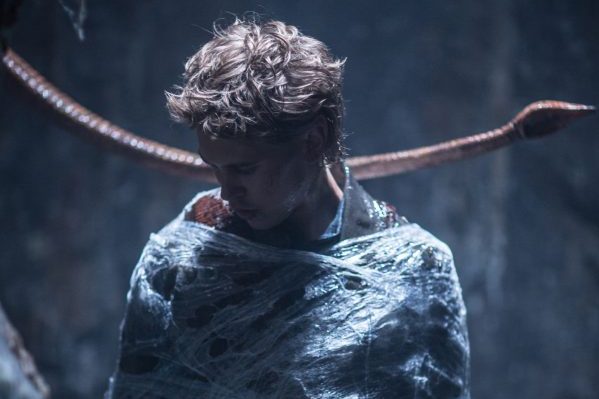 Will caught in the Dwellers web. Photo Credit: Spike Press

One moment in the show was really emotional, when Will finally arrives at his father’s grave. Talk about emotions running wild. I am not sure how I would feel about going to his grave and there he is, same as the last time I saw him but just covered in stone. It’s very weird to me. Will finally breaks down and has the father/son moment that I think, he really needed. I am hoping he got everything off of his chest and is not ready to accept who he really is. Allanon told Will that the sword is only as strong as the one wielding it, which means, Will is going to have to really step his game up and be a man. 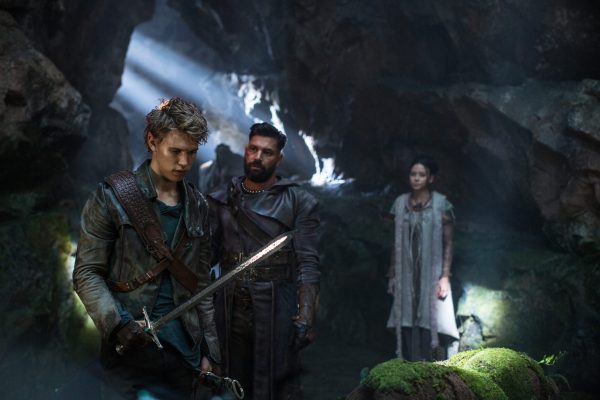 Eretria and Will split ways again, despite the protest of Eretria. Honestly, I don’t know why this keeps happening to them. It is obvious that Will needs her and they work better together than apart. Yet, it does make sense that her and Jax needed to go warn King Ander about the traitors in Leah. And here is where we see the big betrayal to King Ander. His closest and dearest friend has betrayed him and not only that, he killed Catania. I am not sure which was worse for King Ander, but he did not take it well that she was dead. Do you blame him? I sure don’t! I would be pissed! King Ander get’s his revenge though, when he shoves him over the wall into the massive waterfall. It was quite satisfying! 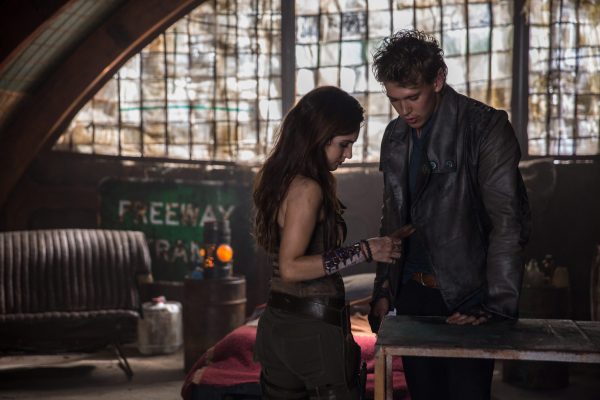 We have to talk about the big, bad Bandon. Holy crap, the dude has no soul! Now, granted, I understand that he was tortured in that house. I totally get it, his life really sucked! Was it really necessary to kill the boy though? It was so brutal. This leads me to ponder a few things. Can Bandon be saved now or is he too far gone? Does he have any remorse for the things he is doing? Will he kill Flick in the end? I think Bandon is a fantastic character and adds so much to this show. I sense a show down between him and Allanon in the future. I wonder who will come out victorious?

Things in The Four Lands are not looking great. It seems that the resurrection of the Warlock Lord is just around the corner and no one seems quite ready enough to fight him. The darkness of the show is still going strong which can only mean that the sun won’t be shining any time soon. So many things must happen if there is any chance of defeating not only the Warlock Lord, but the Crimson as well. And I have a feeling we haven’t seen the end of the traitors in King Ander’s presence. What could possibly happen next week? Don’t miss two, all new episodes of The Shannara Chronicles, next Wednesday!