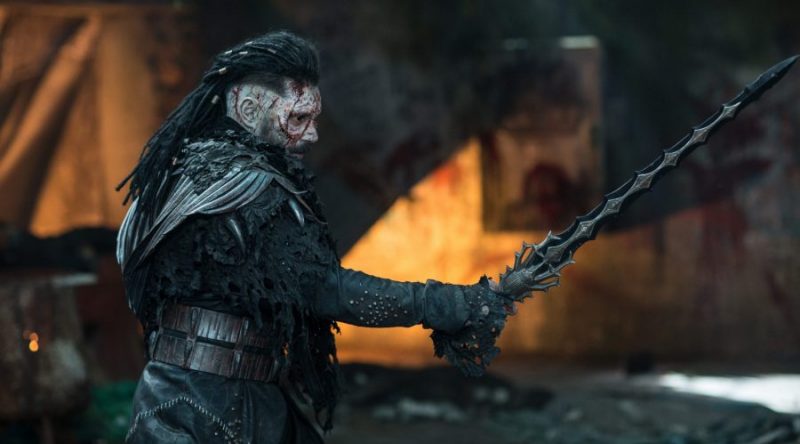 Whoa! Seriously, what a way to end the season! As viewers, we want the show to keep us on our toes and make each episode better than the last. Season 2, of The Shannara Chronicles, got progressively better and the finale left us in complete shock. Throughout the season, we saw Will continue to struggle with his destiny. We also met a few new character, Mareth, Jax, and Lyria, being a few of them. Allanon discovered he had a daughter, Mareth, which came as a surprise to everyone. The Shannara Chronicles took us on a wild ride and every minute of it, totally worth it!

The Warlock Lord has no trouble finding the group, thanks to Eretria’s tattoo. He wastes no time in creating utter chaos and death around him. Allanon and Cogline work together in hopes of ending him, but to no avail. Allanon has already taken so many beatings in this season and since he is passing on the torch of being a druid to Mareth, his strength just isn’t what it used to be. Even with Cogline’s science equipment, the Warlock Lord doesn’t even seem to be fazed. The two men put up a pretty good fight, but unfortunately, it wasn’t enough to end him. 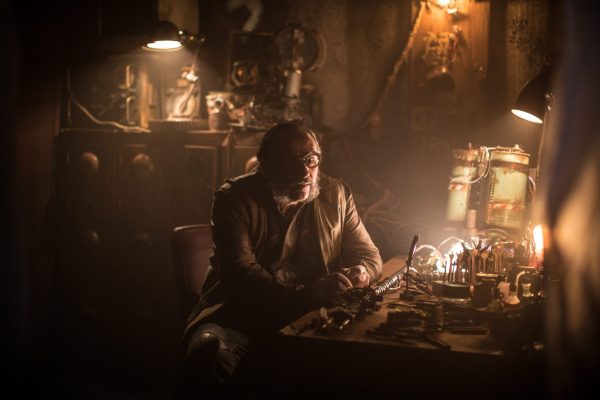 Mareth joins the fight against the Warlock Lord and does a pretty dang good job of it. I was really impressed with her sword skill, but then she hesitates to slice his neck! Why? I will never understand why she hesitated. Doesn’t she know that you always go for the kill if you have it? It was so aggravating, but we all know that Will is the one who has to end him with the Sword of Shannara, so I guess it’s acceptable. Sadly, Will doesn’t make it there in time to stop him.

Allanon makes another attempt to defeat the Warlock Lord and to save Mareth, but it goes completely wrong. The Warlock Lord dominates Allanon swiftly and has him on his knees in no time. Will and Mareth are unable to do anything as the Warlock Lord thrusts his blade right into Allanon. This moment was devastating for his friends and those of us watching. Allanon has always been an integral part of the show and it is really hard to accept that he is gone. Yet, it is up to Mareth to continue the druid legacy and honor her father.

Eretria’s turn to the dark side didn’t take very long. Despite her best efforts in attempting to fight it, it took only a moment for her to be completely lost. She kicked the crap out of Will, poor guy, he is always getting beaten up. So, Eretria is now under the control of the Warlock Lord and has taken Lyria to him. This gets the Warlock Lord even closer to Heaven’s Well and his ability to pollute the water with his blood. Which, he wastes no time in doing. With Eretria inflitrating the kingdom, he opens Heaven’s Well and begins pouring his blood into it. Things do not look good for anyone at this moment. It would seem that the Four Lands have met their fate. 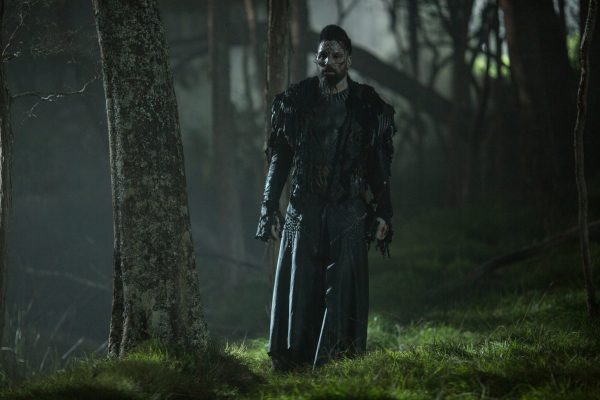 I just want to take a moment and say how much I loved seeing Manu Bennett play the Warlock Lord. The character was complete opposite of Allanon and I am sure it is no easy thing going from good to purely evil. It was nice seeing him in a different form and really get into the character. And boy, was he good at being evil! It was a real pleasure watching him in both roles.

Jax has really become one of my favorite characters on, The Shannara Chronicles. At first he seemed like a complete loner who would only take jobs for money, but we soon learn that there is far more to him than we thought. In the end, he did what he does best, and that was leading the men into battle. He took back the Kingdom of Leah and he got the men ready for the upcoming battle. I really enjoyed how much of a bad ass Jax was and that there was still a soft side to him as well. And with the help of Cogline,  he is able to stop Eretria and remove the Wraith from her body. He has a soft spot for Eretria and it is clear that they have become friends. With so much darkness in the world, friendships can be hard to come across. 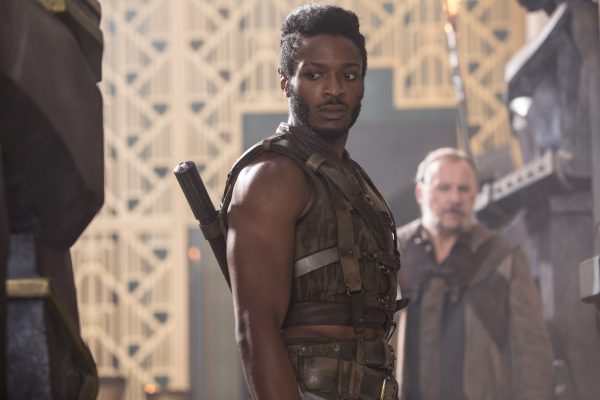 We see that Will has finally accepted who he is and what he has to do in order to save the Four Lands. The whole season we have seen him really struggle with the decision Amberle had made, but when we finally went o to confront her, he was able to get some clarity. Now, at the end of it all, Will must  make the same sacrifice in order to save the ones he love. With a farewell kiss with Mareth, Will sacrifices himself to purify the water of the Warlock Lord’s blood. It was a hard good-bye for all of us as we have watched Will grow for the last two seasons. Can he really be gone?

Not so fast, ladies and gentlemen. Before you get all weepy about the loss of Will, it turns out he is still alive! I knew that he wasn’t really dead. I mean, how could the show go on without a Shannara? It just wouldn’t work. The writers sure gave us quite a scare. There was definitely a moment of panic though, when it seemed as if he was truly gone. But, Mareth felt him through the Elfstones and then we got a glimpse of him. It doesn’t look like she knows where he is, nor does Will seem to have any recognition of his surroundings. Which begs the question: Where is Will? How will Mareth, Eretria, and Cogline find him? Wherever he is, I hope the other three hurry and find him, because I am going to go on a hunch and say the place doesn’t look very friendly!

I felt the show ended on a really good note. Lyria takes her rightful place as queen and although Eretria is not ready to be a queen, they left their relationship in a good place. The time to rebuild and unite has finally come. There is peace in the Four Lands, for the moment, and that gives hope to all. Mareth and Eretria have a new mission, to find Will and bring him home. So, if you were to ask me how I felt about the season finale of The Shannara Chronicles, I would say that I loved every moment of it! It gave me everything I wanted and I am really excited to see what new adventures await them! 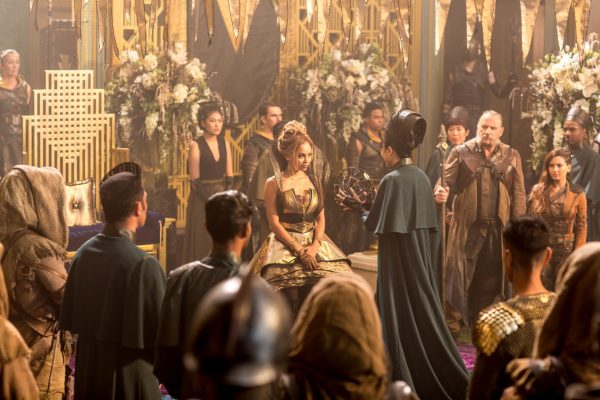