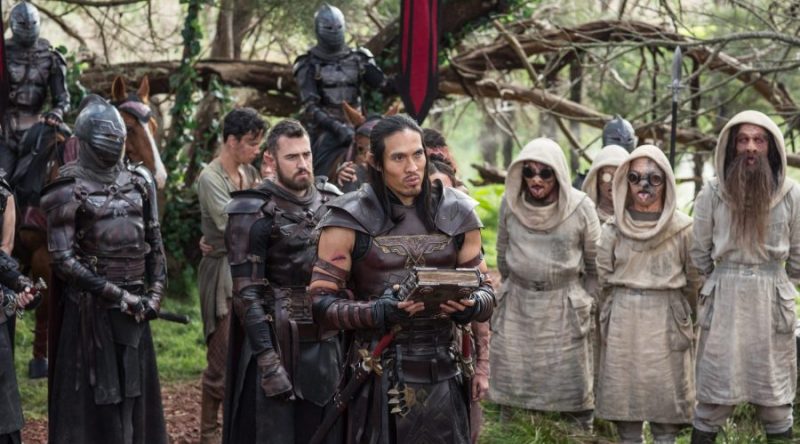 The Shannara Chronicles has been bringing us shocking moments the last few weeks. The recent episodes, “Warlock” and “Amberle”, were no exception! Last week brought us the death of King Ander as well as, General Riga taking over Leah. We get more darkness this week, but also some retribution and clarity.

Mareth goes on a journey to bring Allanon back from near death. Yet, she finds out a little more about herself. Turns out, she is the next druid. Most of us probably had figured that out, but what I hadn’t realized until now was that Allanon will die once she receives all of the Druid marking. Allanon gone for good? It can’t be possible! He has been so integral to the show, I honestly don’t know how I feel about it. Plus, Mareth is just now getting to know her father. Taking him away would be so cruel!

Will and Mareth seem to be hitting it off. She obviously has feelings for Will, and it’s pretty clear, especially when Eretria makes a comment about it. Will has been hung up on Amberle for the past year, but maybe Mareth is just what he needs in order to get over her. They have been getting very close to each other and it may be the start of a new love. They would make a super cute couple, but there is a slight problem with that idea. Mareth is the next druid and they aren’t really able to have any sort of relationships. Will Mareth be an exception to that? Is there any hope that the two will be able to live a happy life together? She’s also the next in line for the throne at Arborlon, which complicates things even more. I look forward to exploring all the possibilities! 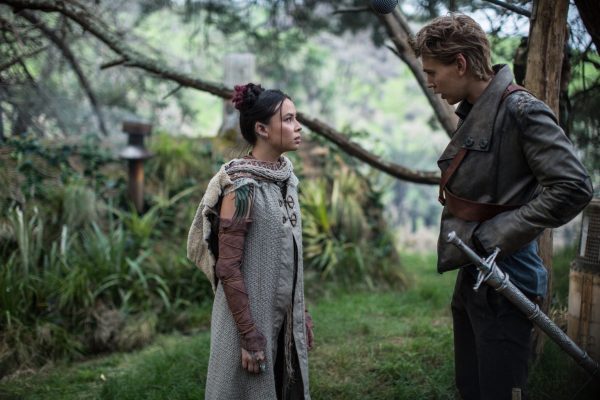 The Warlock Lord has arrived! And with the face of Allanon, no less. Talk about weird!  I am really excited to see Manu Bennett play the Warlock Lord. This is going to be a really dark character compared to Allanon. I look forward to seeing him partaking in the darker side. The Warlock Lord just resonates evil, it’s like it is oozing out of every part of him. We get a great example of how evil he is. Remember when no one could find Catania’s body? Well, Bandon had somehow managed to get his hands on her and now wants to Warlock Lord to bring her back from the dead. With a few chants here and there, she is back among the living. Things go south very quickly. Catania doesn’t want anything to do with Bandon and shortly after, the Warlock Lord turns her into something dark and is able to control her. He then manipulates Bandon into believing that love and connections are pointless, that he needs to prove that he is completely loyal to the Warlock Lord by killing her. He is so psychotic and evil! And Bandon’s mind gets warped even more.

Stupid General Riga! He just has to cause problems for everyone!  One of his little spies saw that Will receiving the Codex of Paranor, so off goes the little snitch to General Riga. This brings a world of hurt to Mareth and Allanon. Despite playing it cool, it is quite clear that Allanon cares about Mareth. He gives the Codex to General Riga in hopes of saving her life, but that is not what Riga has in store for the two of them. eradicating all magic is his number one priority and that means burning them at the stakes! We are left with them grasping hands and fire burning all around them. Will someone come to their rescue or is it up to them to save themselves? 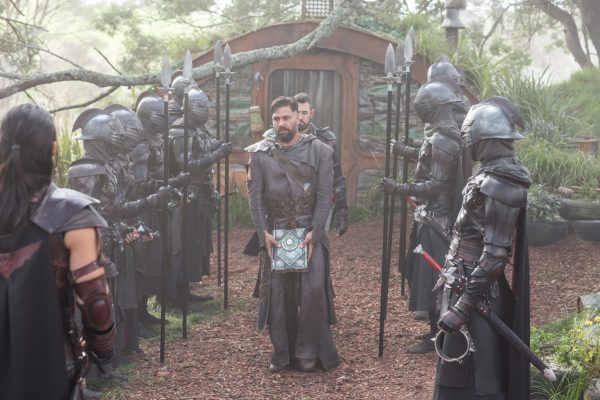 Will and Amberle reunited and it was definitely bitter/sweet. Amberle tells Eretria that she needs to bring Will to her and that he is the only one who can stop the Warlock Lord. At first, Will doesn’t understand and believes that it isn’t possible. But, it turns out that since Amberle is calling him to her, he will be allowed to enter the Ellcrys. I don’t think their moment was exactly what Will was hoping for. He has to see that they can never be together and he needs to find closure in that, as well as with his father. As soon as he was able to do that, the Sword of Shannara was once again whole. hallelujah!! That was such a close call, but Will has finally found the closure he needed and can now get down to business!

Eretria may have the best intentions of fighting the darkness insider her, but it may be too late. She pretty much inhales the Wraith and her eyes, once again, go pitch black. That’s not all that happens though, one of the Elves she had rescued, spotted the transformation of Eretria. Poor thing didn’t stand a chance. Eretria disposed of the witness and there didn’t seem to be any remorse. Now, I am curious if Eretria actually remembers what happened. When Will found her, she seemed really confused, but then her eyes flashed black again. Is the Wraith still inside her and controlling her body? Or, is she pretending she doesn’t know what happened, so that Will doesn’t find out her secret? Was she planning on even telling Will about the darkness? One thing is for sure, we can’t lose Eretria to the dark side! We need her to fight the good fight!

Now, we all know that General Riga has been controlling things and ruining a lot of lives, so far on The Shannara Chronicles. He didn’t like hearing that his men were not returning from Graymark and went to find out what was happening. Poor guy didn’t realize what he was walking into. I guess someone probably should have warned him that he wasn’t the big, bad boss anymore. Oh wait, Allanon did try to tell him! The guy is stubborn, I’ll give him that. General Riga walks right into the Warlock Lord’s fortress and he is so not prepared. The Warlock Lord is not having any of Riga’s superior attitude and kills the soldiers that surround him. General Riga gets the worst part of it though, his head is wrapped in barbed wire, wedged between the castle doors, and then just ripped right off! It was disgusting and rather satisfying at the same time. His reign of terror is officially over, but the Warlock Lord is about to do some serious damage in The Four Lands. 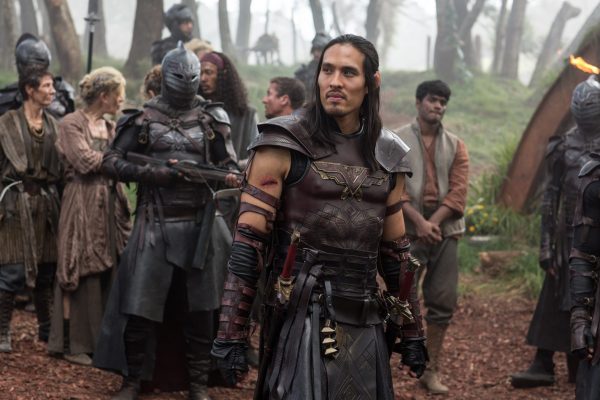 The Four Lands are in need of some serious help. Chaos ensues everywhere and with the Warlock Lord’s return, nothing is safe. Guard your loved ones and get ready to fight, because the freedom of everyone is at stake!