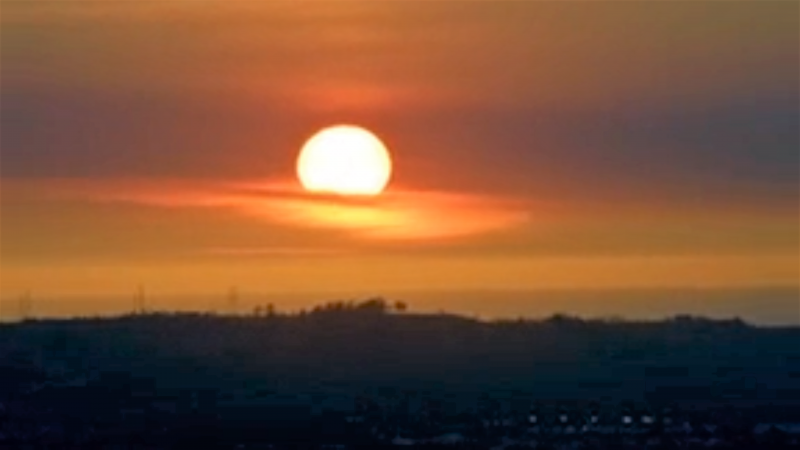 The fall finale began with Maze and Lucifer talking at Lux. There is a celebration going on because The Sinnerman is in jail. Maze is telling Lucifer that it was too easy; he shouldn’t let his guard down yet.

Last week I was disappointed because as Maze told Lucifer, it was too easy, and The Sinnerman was not evil enough. There isn’t a murder to investigate this week; everyone is still working on finishing up The Sinnerman case. He needs to be questioned so that they can find any accomplices he has had, and so Lucifer can ask him his own questions about wings and devil faces.

The Sin Bin is the time out seat at the Roller Derby. Would you have guessed that Chloe would be a Roller Derby fan? That surprised me. 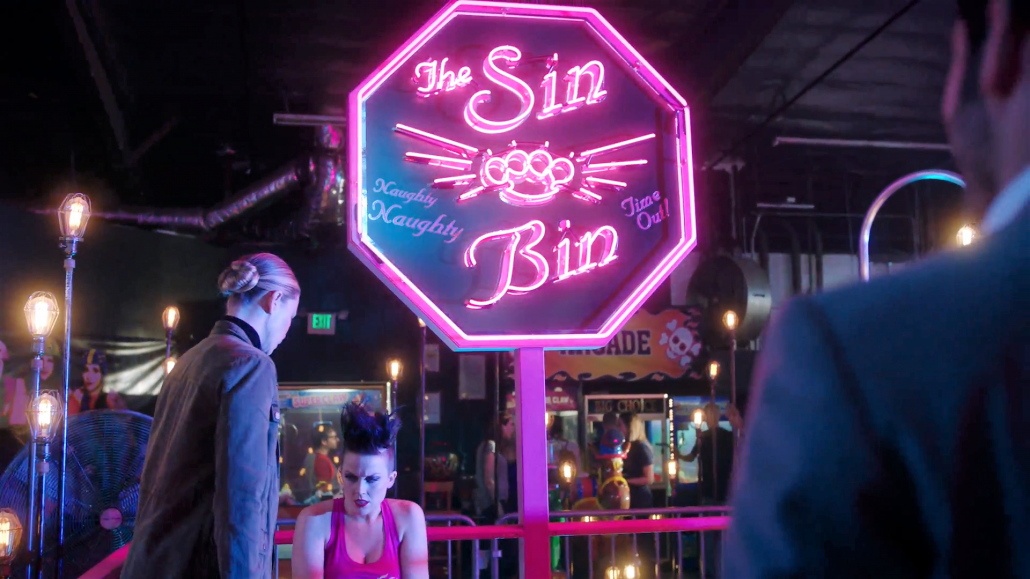 The reason they are at the Roller Derby is because The Sinnerman has somehow manipulated things so that one of the women on the local team would be tied up in a reservoir that was filling up and within hours she would be drowned. The Sinnerman won’t tell anyone where she is, he insists on showing them. Lucifer is all for it, but Pierce says no. This angers Lucifer and I think it is because he wanted to get a chance to have some time along with The Sinnerman. He is desperate to get his devil face back and lose the wings.

Throughout the episode Ella is helping as usual, being ridiculously smart and figuring stuff out. She is also ogling Pierce; she has a big crush on him. She takes any and every chance to talk his ear off. No matter how much he pushes her away, she keeps coming back. We can always depend on Ella for some comic relief.

There is a developing relationship between Dan and Charlotte. Charlotte had some moments that were almost nice this week. It seems that Dan forgot that there was no school that day and he has Trixie with him while he is trying to get leads for the team. There is a great Trixie moment when they all realize she’s there and that she is coloring on pictures of a crime scene. 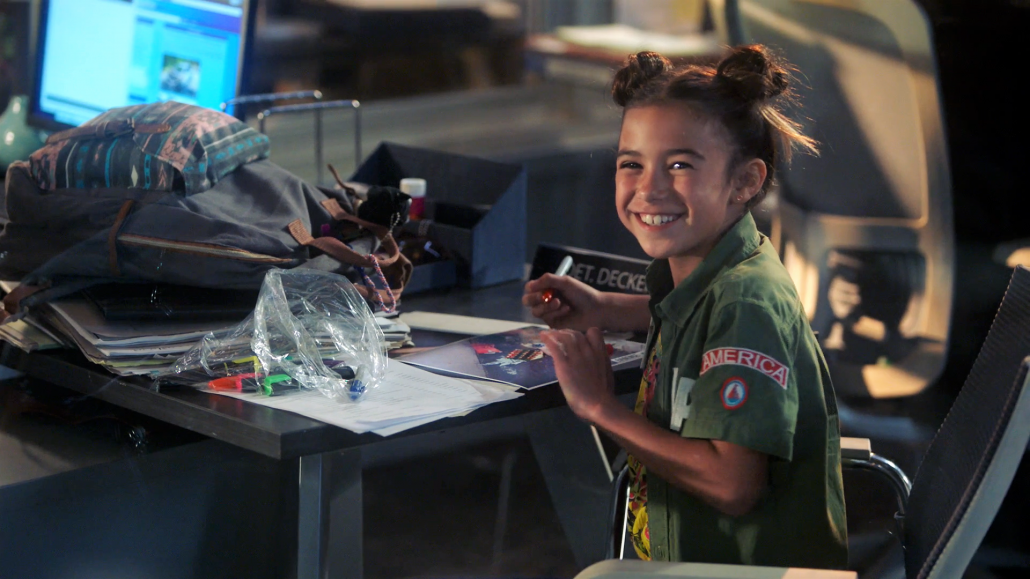 She is unfazed. Dan gets a brilliant idea (Hah!) to pawn Trixie off on Charlotte since her office is closer now that she’s at the DA’s office. Poor Trixie was bored to tears and needed something to do. I loved it when she decided to do Charlotte’s hair. Trixie seems to be drawn to the disconnected and less nice of Chloe’s friends: Maze, Lucifer and now Charlotte. It’s very interesting. I think she is wise and sees the good in them, and draws it out.

Chloe devised a complicated plan to get The Sinnerman out of the precinct so that they could go free the girl. I don’t understand why there had to be such a roundabout plan though. Pierce surprised them and was in the vehicle driving. He realized that they’d go anyway, so he just set himself up to go along. After a long walk into the woods (where I kept waiting for the accomplices to appear to rescue The Sinnerman), they arrived at the reservoir. While Pierce and Chloe ran to rescue the girl, Lucifer disappeared with The Sinnerman. We knew that would happen, and I wasn’t convinced that it was an accomplice who took them. 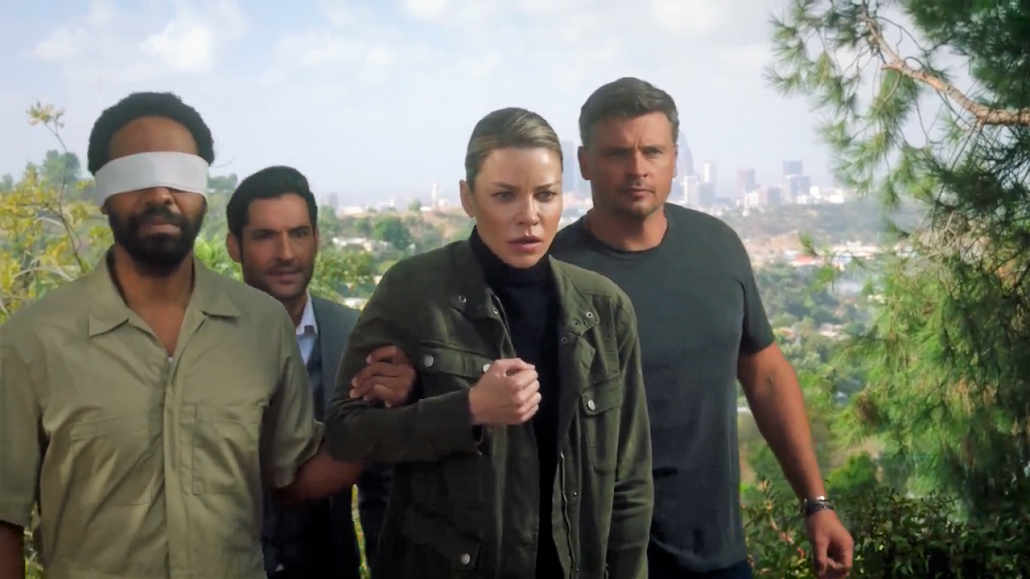 And there was no accomplice. Lucifer took The Sinnerman to one of his many houses. I don’t remember ever hearing about different homes over the last three seasons. This house is in the hills and has a beautiful view of the sunset, a good view is important to him. He wants his devil face back and to get rid of the wings and thinks that The Sinnerman can tell him. Of course he won’t say anything and taunts him. Since angels can’t kill a human, he feels safe knowing that Lucifer won’t kill him. He seems to be happy to be tortured. Lucifer brings Maze in to do the job, since that’s what she did for Lucifer in hell. 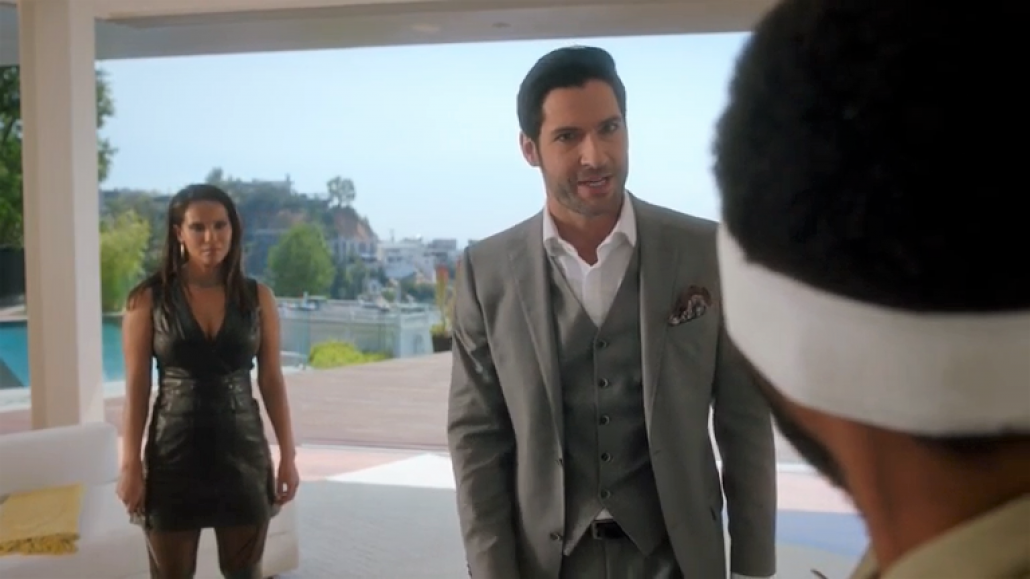 Once again they get no information out of him and this time The Sinnerman is taunting Lucifer to kill him. Lucifer is losing patience and decides to kill him. He is about to do it when Pierce arrives and shoots him before Lucifer can slit his throat. Poor Lucifer can’t get rid of those darned wings!

Back at the precinct Lucifer looks through the stuff that The Sinnerman had on him. One of the items is a picture of The Sinnerman as a boy with a man’s arm around him. 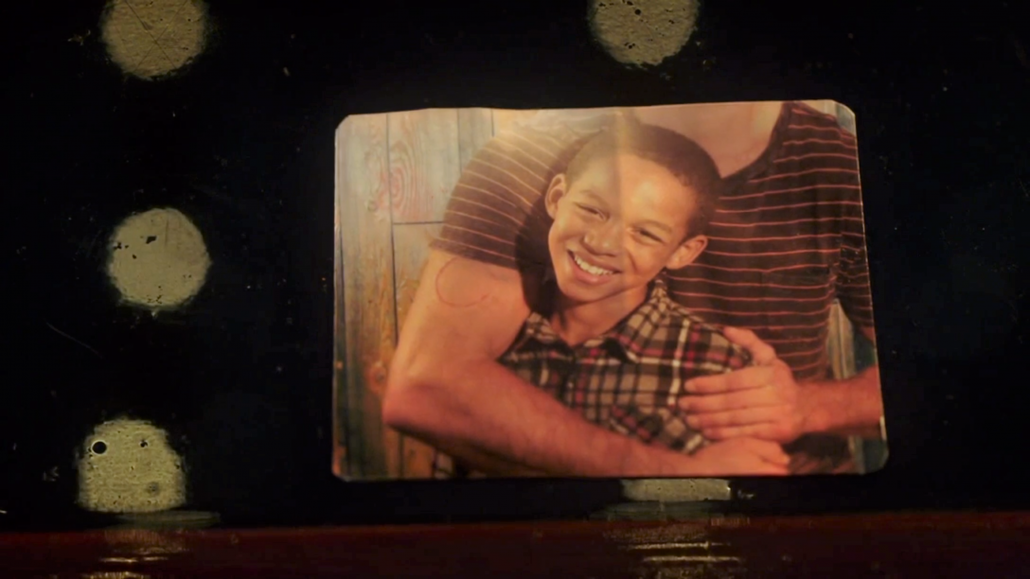 Lucifer sees something in the picture that gives him an idea. We next see him sitting at his bar in the penthouse as someone walks in. It’s Pierce. Earlier Lucifer noticed that Pierce had a tattoo on his arm and commented on it. The man in the picture had a mark in the same spot on his arm and the same shape. It was Pierce, but how could it be him? He’s too young in the picture to be the same. Lucifer realizes that Pierce is not who he seems to be and knows that he’s not human and stabs him. He lay on the ground for a few minutes and suddenly woke up and pulled the knife out of his chest. Lucifer does know who he is. He’s Cain!

I wonder if Cain is in the comics too. I looked up the story of Cain and Abel, and the stories can connect to our show in some interesting ways. It will be fun to see how it comes together as the season continues in January.

One story is that Cain and Abel are the sons of Adam and Eve. Cain murdered Abel and God punished him to a life of wandering and set a mark on him so no man could kill him. We saw the mark on his arm.

Cain was the first human to be born and Abel the first to die.

Cain was the originator of evil, violence, and greed.

There are some other theories that say that Cain may have been the offspring of a fallen angel or Satan himself. Wouldn’t that be interesting? Could our Cain be Lucifer’s son?

We will hopefully get answers to all our questions and more when the show returns on January 1, 2018 on Fox at 7pm.