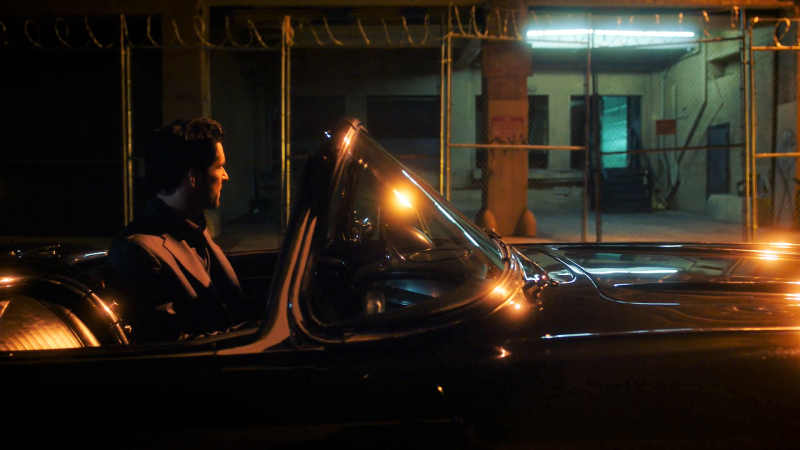 I really thought we would learn who The Sinnerman was during this episode. Technically we did. But we didn’t really. That disappointed me. I was all ready to talk about how exciting it was to learn about this mysterious character.

The main subject of this episode is The Sinnerman and how he is manipulating Lucifer. We also see Maze’s return from bounty hunting, Charlotte trying to be good by joining the DA’s office, Amenadiel and Linda’s growing interest in each other, and the return of the attraction between Pierce and Chloe.

There are two murders this week. Both victims are people who Lucifer helped and the killings are directly related to how he helped them. Lucifer is immediately convinced that the killer is The Sinnerman sending him a message. This is making him very angry. Pierce shows up at the second murder scene because he has experience with The Sinnerman who murdered his brother. When Chloe doubts his existence, Pierce tells her that The Sinnerman is real and that he is very dangerous. I’m pretty sure Pierce is there in LA for revenge.

Meanwhile, Amenadiel and Linda have been spending more time together and are getting quite cozy. During one of these close moments, Maze barges right into Linda’s office. This on its own is not a problem, but her response to seeing them so close is unexpected. She’s taken aback, upset, and looks jealous. When they tell her they are just friends, it’s clear that no one believes it, and Maze leaves looking betrayed. Once she leaves, Amenadiel and Linda sit back down and end up kissing. Linda tells him that they shouldn’t, but they kiss again and passionately. It’s about time! Are they Linadiel? Or Amenda? 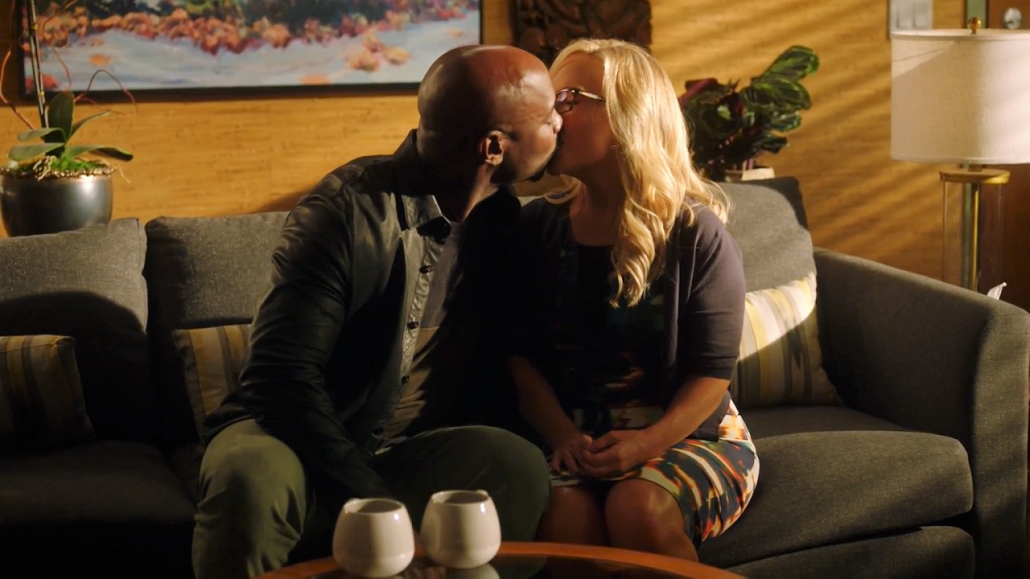 Lucifer gets a call from The Sinnerman who tells him to meet him at an abandoned building. As he usually does things, he jumps into his car and goes right there without thought of what kind of dangers might be waiting for him. He enters and follows the voice through the building to a dungeon-like room. When he enters the door closes and Lucifer finds himself locked in. The voice calls to him, he believes, as anyone would, that he will find the person who belongs to the voice in the room. Instead he finds a TV with a person talking to him from an undisclosed location through a camera. 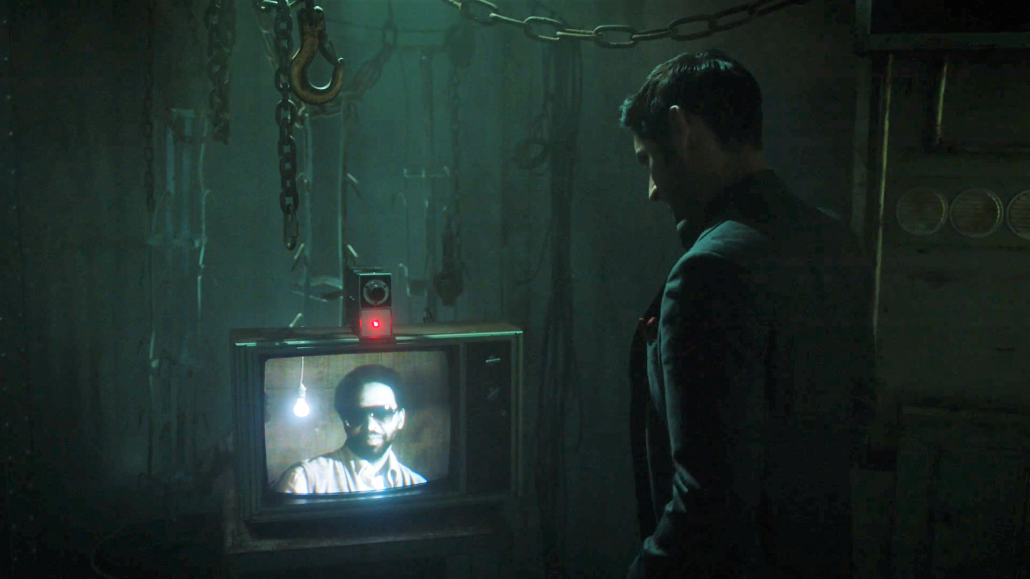 This is The Sinnerman, it was anticlimactic. Now, I am beginning to believe that the strings are being pulled by someone else. He is wearing sunglasses which prevent Lucifer from looking into his eyes and discovering his deepest desire. It looks like Lucifer will be stuck in the creepy dungeon for quite a while when he hears Maze’s voice. Earlier when she was trying to talk to him (about how she feels about Amenadiel and Linda), he ignored her and this made her very angry. She finally gets him to listen when she threatens to leave him there. It’s nice to have Lelsey-Ann Brandt back from her maternity leave. She looks great!

Chloe and Pierce end up on a stakeout together waiting for The Sinnerman to show up after Chloe spoke with the mob people who they originally thought were the first murderers. Throughout the episode, whenever Chloe sees Pierce, she looks at him lustfully. He is also giving her looks. When they are together in the car at the stakeout, it appears that they are bonding some more. Will Chloe give in to her lust? We will have to see. 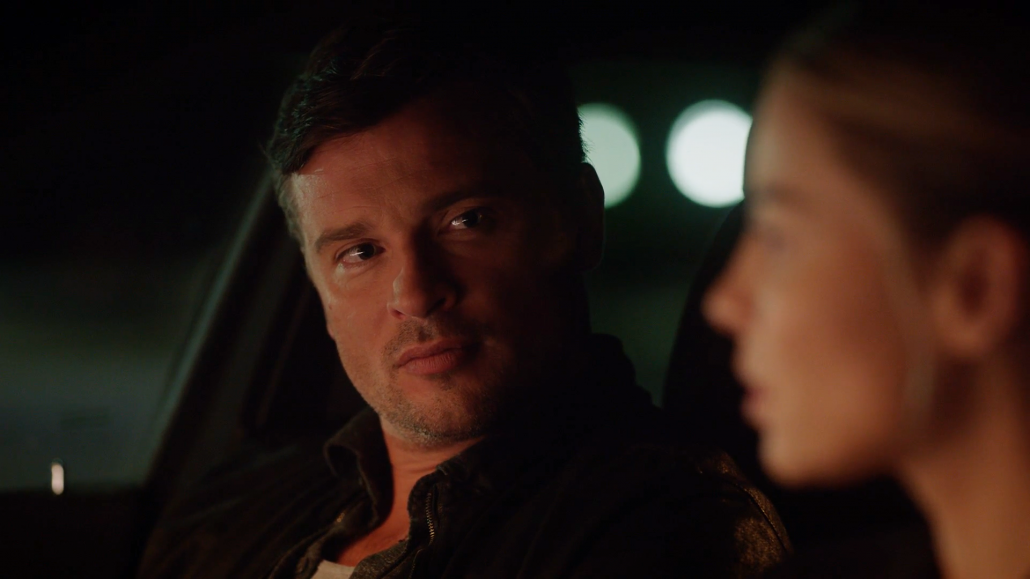 The Sinnerman cooperates and shows up when expected. Chloe and Pierce follow him in and find that he has already shot two of the three men, a chase ensues and he is captured. That too was a bit anticlimactic, he had been built up to be a person who was impossible to catch, that chasing him through a restaurant and capturing him when he ran out seemed a little too easy. Maybe that was by design, to throw them off? As he is being lead off in handcuffs we see him slipping something into his sleeve.

When Lucifer finds out that they have The Sinnerman in custody, he goes straight to the precinct. The minute he gets a chance to confront him alone, he goes right in. Lucifer is ready to look into his eyes to find out his deepest desire, thus his biggest weakness, but The Sinnerman is one step ahead of him. He has taken the pen he had slipped into his sleeve and stabbed his own eyes out!! Holy cow that was unexpected and gruesome. He had to be one seriously desperate man to do that to himself. While Lucifer looks at him in horror, The Sinnerman faces him and laughs maniacally. I feel like he is not the mastermind, he is someone’s puppet and is afraid enough of the repercussions of Lucifer learning more about him that he was willing to maim himself. Hopefully we will learn who the mastermind is soon.

One last thing, I love the t-shirt Ella was wearing. Be Kind is the saying for an anti-bullying campaign. I think that making an anti-bullying statement is the kind of thing Ella would do. I also think that it is probably a message for Charlotte who is a bully and doesn’t seem to understand what kindness is. 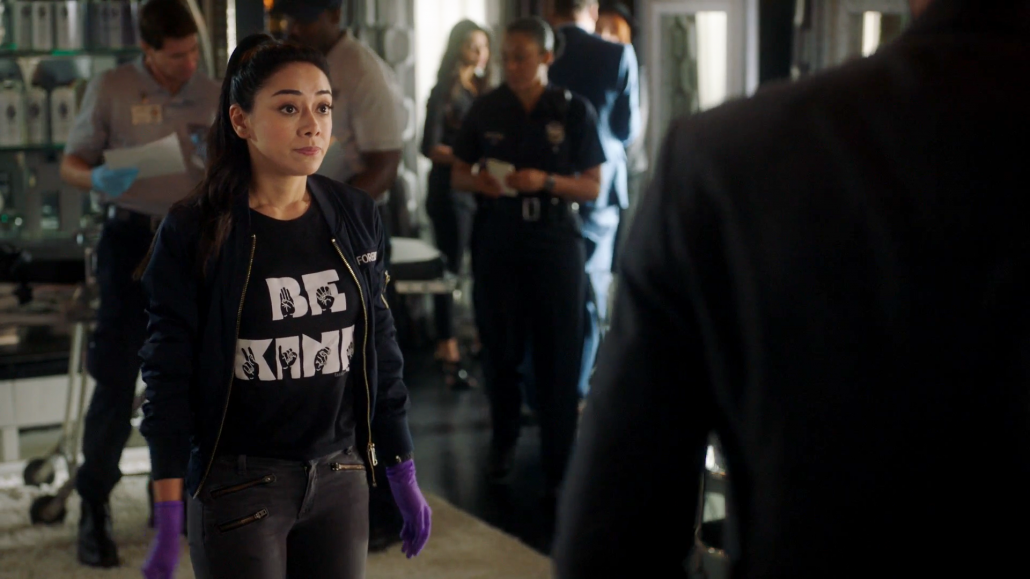