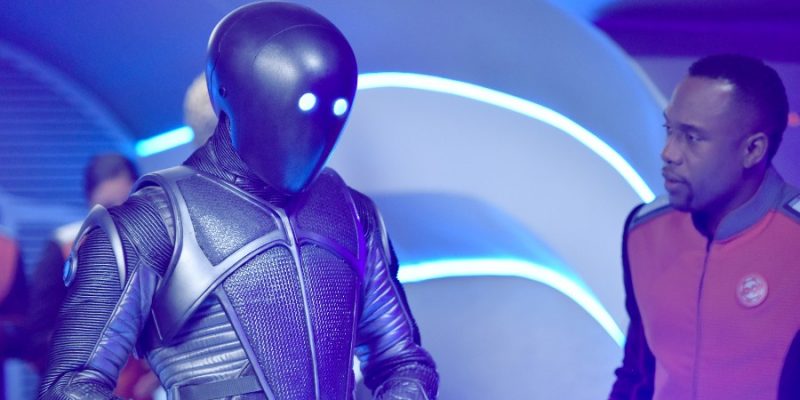 The Orville premiered strong and stayed consistent all season long. With it’s first season wrapping up on Thursday 12/7, “New Dimensions” proves to be a strong penultimate episode for The Orville. “New Dimensions is a wonderfully balanced story, showing some serious character development while keeping things entertaining and setting us up perfectly for the season finale next week.

John LaMarr takes the most drastic leap of growth this episode, completely giving him a 180 from the statue-humping joker most of us assumed him to be. His transformation starts with a practical joke and segues beautifully into finding out about his off-the-charts intelligence. From there we see his internal struggle with being given the opportunity for more, and his anxiety over the new responsibilities. Kelly gives him command of an investigative team to find out more about the anomaly The Orville has discovered, though not happy about it, LaMarr still follows his orders. After a very unhelpful tip from Gordon about how to break the ice with his new team, LaMarr struggles to find the balance between doing what he was told and finding his own path to leading a team. His anxiety and hesitation over the matter radiates off the screen and straight into the audience’s heart, giving this development in his arc a natural and authentic feel. 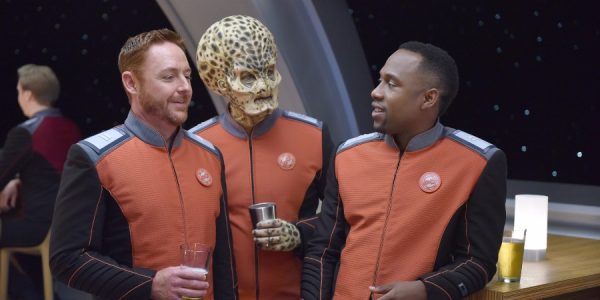 On the other side of things, we get to see Yaphit as more than just this love sick blob of goo who is only infatuated with or interested in Dr. Finn. He’s gone from being the butt of LaMarr (and Gordon) most recent practical joke (which lead to a piece of him being eaten by Bortus), to having to follow LaMarr’s lead on the investigation team. His frustration at feeling over-looked for such responsibilities, and the subsequent reaction that he wasn’t promoted to Chief Engineer only because he is made up of gelatinous material is a great scene with Ed. And for what it’s worth, the scene of Yaphit retrieving his missing piece from Bortus’ colon is one of the best comedy pieces in the episode. For being a gelatinous blob of goop, he is a close 2nd in stealing the episode from LaMarr.

Kelly and Ed both handle themselves well in “New Dimensions” over what is quite a sensitive topic between them. While talking to Ed about LaMarr and giving him the opportunity to prove himself for a leadership position, she lets slip that it might have been under her recommendation that Ed was given a ship. Which of course drives Ed up a wall. All of a sudden he goes from feeling like he deserved his place on The Orville to questioning every command decision he’s ever made. They had a few extremely well-written and well delivered conversations about self-doubt, regret, faith, and each other. Kelly uses an amazing comparison to Ed’s behavior as being two-dimensional, much like the world they find themselves stuck in, and that finally opens his eyes enough to accept that he has earned his right to that command chair. Setting up a possible reunion of the two as an “item” which I think almost all fans at this point are rooting for. 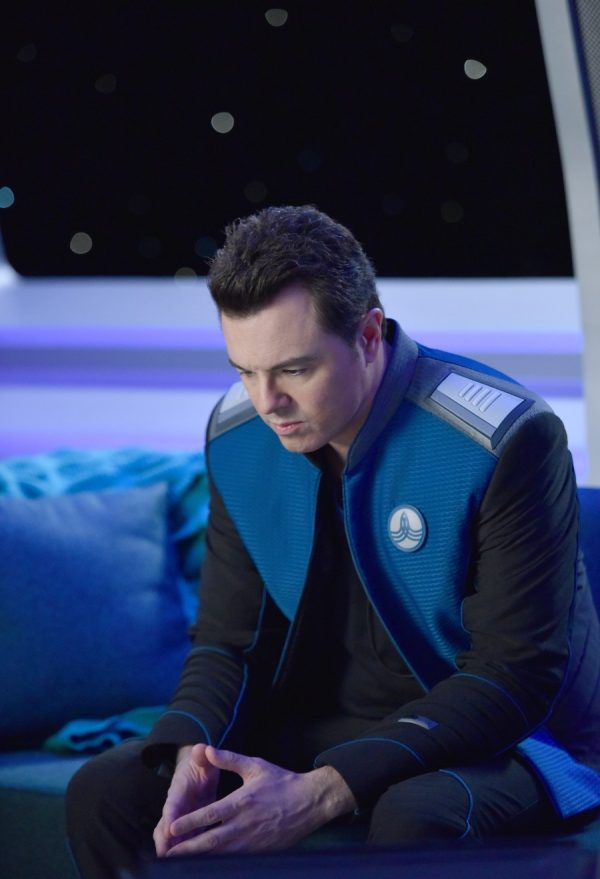 The story for “New Dimensions” was original, super enjoyable, and perfectly sets us up for a season finale on 12/7. After discovering an anomaly in space, The Orville crew is stuck in the area while repairing their engines. A smuggling ship approaches and is heading straight for it, they attempt to make contact, but the smuggler just believes they want to confiscate his haul. His ship goes through the anomaly and comes out the other side, with no life signals found on board. They discover his hull is filled with stolen Krill weapons, so the area is soon to be swarming with Krill. Thanks to the smugglers’ death, the crew is able to piece together that the anomaly is actually an entrance to another dimension, one that’s only two-dimensional. With the Krill on their way, the crew needs to figure out a plan. LaMarr and the engineering team are able to safely hide The Orville within the two-dimensional space bubble without killing themselves. Maybe not ideal, but at least they won’t be hanging around when the Krill show up for those guns. The discovery of the two-dimensional world and The Orville’s time in it felt refreshing and kept the story original and visually stunning. 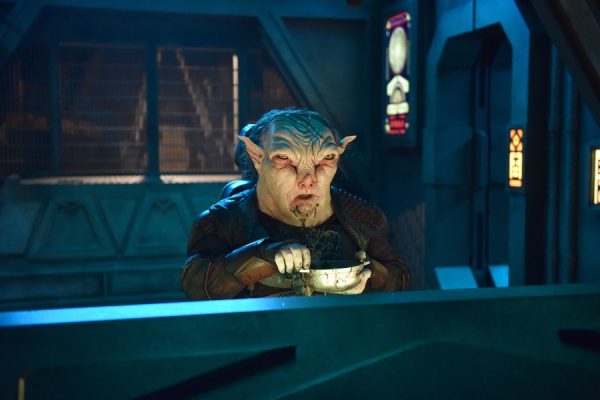 The Orville has paid attention to the small details, all season long. From the beautiful use of practical effects/make up, the soundtrack during the opening and throughout each episode, to the visually outstanding camera work and CGI use. Part of why I love The Orville so much is that nostalgic feeling I get while watching it, paired with a new, invigorated approach to sci-fi. If the finale is anything like the rest of Season 1 has been, The Orville will end on a high note, leaving fans eagerly awaiting season 2.

Want to be part of the crew? Then join in on the conversation! Be sure to watch live each week and use the hashtag #TheOrville on social media.