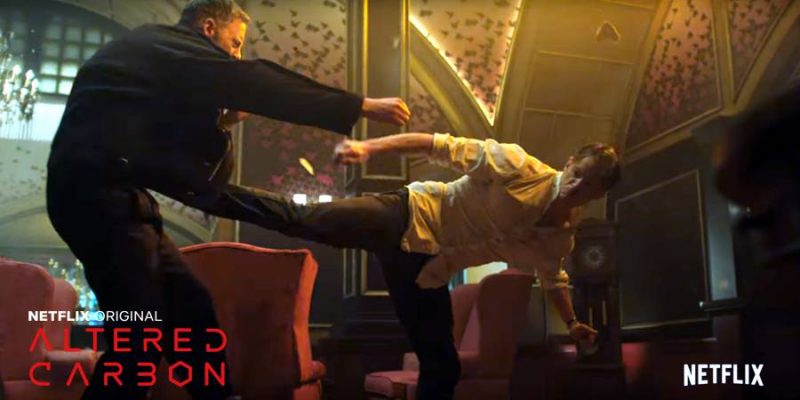 Altered Carbon, the Netflix adaptation of Richard K. Morgan’s cyberpunk novel of the same name, looks pretty damned intense in every way possible. If you’ve seen the trailer, you know this series has a slick, dark look that has been repeatedly compared to Blade Runner. The story, action, and VFX all seem, well, intense.

In the BTS video below, the actors talk about just how intense the crazy fight scenes can feel. Will Yun Lee (Kovacs) competed in Tae Kwon Do most of his life and Joel Kinnaman (also Kovacs – don’t ask, just watch) really enjoys the fight training. Stunt Coordinator Larnell Stovall had great things to say about Martha Higareda’s (Kristen Ortega) dedication to training.

Check out some of the insanity you’ll be seeing when Netflix premieres Altered Carbon on Friday, February 02, 2018.