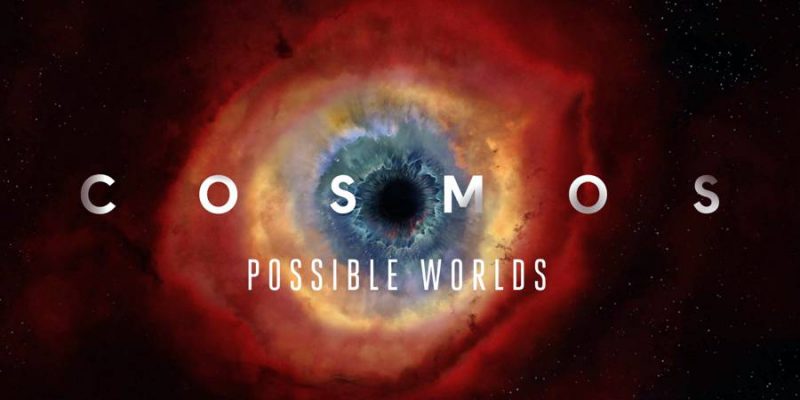 Can you believe it’s been nearly four years since Cosmos: A Spacetime Odyssey premiered on Fox and NatGeo? It was a hit with both viewers and critics, having been seen by over 135 million pairs of eyeballs worldwide. I’m not at all surprised it was given a second season, but I definitely didn’t think it would take this long. And the wait is going to be even longer with the premiere date for season 2, Cosmos: Possible Worlds, tentatively set for Spring 2019.

While I’m ready to see more Cosmos now, I’ll just cling to the old adage, “Better late than never”, and be happy it’s coming back. When it finally does return we’ll be getting a 13-episode season along with the return of Neil deGrasse Tyson as our host through a universe of possible worlds. And all the same wonderful people who were behind the first season are returning to this new installment, so you know this is going to be pretty damned great.

Just to get you excited way too early, here’s a quickie teaser that’s going to have to last you a while.

New Season to Launch Alongside the Release of a Companion National Geographic Book Written by Druyan, COSMOS: POSSIBLE WORLDS

In the vastness of space and the immensity of time, the number of worlds to explore and stories to tell are virtually infinite. The first two seasons of the COSMOS television series transported a global audience to the farthest reaches and most deeply hidden recesses of the universe. In the course of those journeys, the series dramatized the lives of many of the forgotten searchers who contributed to the world’s understanding of who, when and where we are in the universe. COSMOS: POSSIBLE WORLDS will venture to previously uncharted territories.

In conjunction with the launch of the new season, National Geographic Books also will publish a companion book, COSMOS: POSSIBLE WORLDS, by Ann Druyan, the long-awaited follow-up to Carl Sagan’s international bestseller, COSMOS: A Personal Voyage.

Fox Broadcasting Company (FOX), a unit of 21st Century Fox, is home to some of the highest-rated and most acclaimed series on television, including EMPIRE, THE MICK, LETHAL WEAPON, LUCIFER, GOTHAM, THE LAST MAN ON EARTH, NEW GIRL, BROOKLYN NINE-NINE, STAR, THE EXORCIST, THE SIMPSONS, FAMILY GUY, BOB’S BURGERS, HELL’S KITCHEN, MASTERCHEF, MASTERCHEF JUNIOR and SO YOU THINK YOU CAN DANCE; as well as new series THE GIFTED, THE ORVILLE, 9-1-1, LA TO VEGAS, GHOSTED, BEAT SHAZAM, LOVE CONNECTION and THE F WORD WITH GORDON RAMSAY; and upcoming drama THE RESIDENT. FOX airs 15 hours of primetime programming a week, as well as major sports and Sunday morning news. Through the FOX NOW app, FOX viewers can watch full episodes of their favorite FOX shows on a variety of digital platforms, while enjoying enhanced interactive and social capabilities around those shows. Download the FOX NOW app at www.fox.com/foxnow.  To watch primetime programming live on the web, visit www.fox.com/live. “Like” FOX on Facebook at www.facebook.com/FOXTV and follow the network on Twitter @FOXTV. For additional information about FOX, please visit www.fox.com.

National Geographic Partners LLC (NGP), a joint venture between National Geographic and 21st Century Fox, is committed to bringing the world premium science, adventure and exploration content across an unrivaled portfolio of media assets. NGP combines the global National Geographic television channels (National Geographic Channel, Nat Geo WILD, Nat Geo MUNDO, Nat Geo PEOPLE) with National Geographic’s media and consumer-oriented assets, including National Geographic magazines; National Geographic studios; related digital and social media platforms; books; maps; children’s media; and ancillary activities that include travel, global experiences and events, archival sales, licensing and e-commerce businesses. Furthering knowledge and understanding of our world has been the core purpose of National Geographic for 130 years, and now we are committed to going deeper, pushing boundaries, going further for our consumers … and reaching millions of people around the world in 172 countries and 43 languages every month as we do it. NGP returns 27 percent of our proceeds to the nonprofit National Geographic Society to fund work in the areas of science, exploration, conservation and education. For more information visit natgeotv.com or nationalgeographic.com, or find us on Facebook, Twitter, Instagram, Google+, YouTube, LinkedIn and Pinterest.

Cosmos Studios aims to tear down the walls that have excluded so many from the scientific enterprise.  We work to demystify the language, values, and drama of science, to give everyone the power of its permanently revolutionary methodology.

Carl Sagan, and those privileged to work with him, demonstrated that there is a world-wide appetite for compelling entertainment that reflects our dawning awareness of cosmic evolution and our place in its great story. There is a planet-wide hunger for images and dreams that reflect our radically altered sense of who, where, and when we are… where we might go, who we might become.

In collaboration with award-winning writers, artists, filmmakers, producers, researchers, engineers, educators, artists, and a growing list of partners across science, communications, and finance, we seek to touch audiences with the soaring spiritual high that comes from grasping science’s central revelation- our oneness with the cosmos.

Come with us at www.cosmosstudios.com

Led by director, writer and producer Seth MacFarlane, Fuzzy Door Productions is the production company behind many of today’s most successful film and television projects. Jason Clark serves as its President and oversees all areas of development and production for the company’s film and television slate. Fuzzy Door produced “COSMOS: A Spacetime Odyssey,” and currently produces FOX’s hit space adventure series, THE ORVILLE, as well as the beloved animated television shows FAMILY GUY and “American Dad!.” On the film side, Fuzzy Door has produced “Ted,” “Ted 2” and “A Million Ways to Die in the West.”