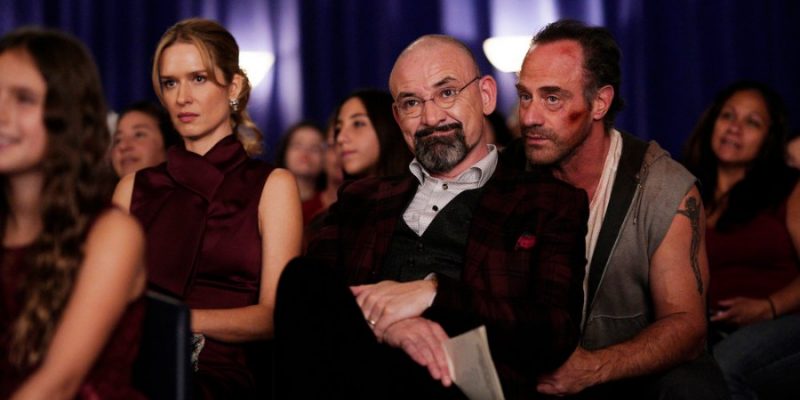 Things are getting weird (as if they weren’t strange already) on Happy! this week – delivering another ground-breaking, twisted, and hilarious episode of television. Happy and Sax have gone separate ways, for better or for worse, and their solo journeys are bound to be legendary fails. The clock is ticking, Hailey and the other kids won’t be safe for much longer – through all of this madness can someone be successful in getting her safely home?

I don’t even know where to begin with this episode, Happy! continually blows me away each week both for the right reasons and for the wrong. There is like nothing else like it on television, that’s for damn sure – and it’s so well done both visually and story wise. It’s the perfect mix of light humor, dark humor, emotion, heart-break, and a small dash of depression just for good measure. Yet, through all of that at the end of each episode I find myself feeling a little bit refreshed and slightly rejuvenated. Infer whatever you’d like about me from that, but Happy! is a beautiful story.

Sax finds himself with a new way to get in with Blue, thanks to crazy reality show mama and that 90-year-old mediums’ menstrual blood meatball delight, Disco Mikey is back in town and walked right into Sax’s grasp. Sax figures, it’s a fair trade – Disco Mikey and the password for Hailey’s safe return. But Blue is more of an asshole than we probably originally suspected, plus he’s in the business of stealing little kids – we shouldn’t put much faith in him to begin with. At first I assumed he was top of the food chain, but Blue has his own set of superiors to report to. Sax sneaks up on Blue when he least expects it, his kids Christmas pageant, but even the safety of his wife and child aren’t as important as his job and reputation. 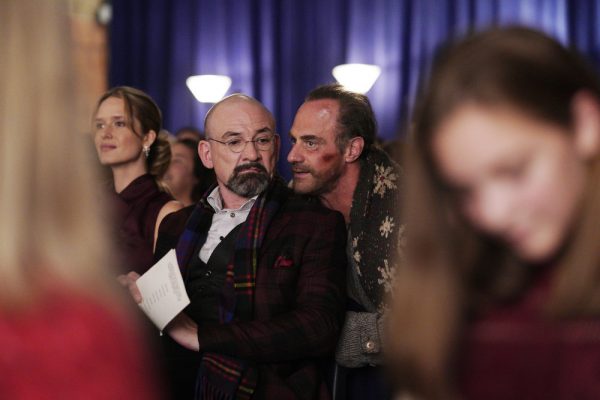 Happy ends up in the most depressing self help meeting ever, Imaginary Friends Anonymous and it’s so raw and sad that in all my time of watching things with CGI characters, this ranks 2nd saddest on the depression scale. Happy is literally falling apart as Hailey’s hope and belief in him fades. Sax kept him going but we all know how well that worked out at the end of the last episode. Happy is adrift in a world that is much too cruel for his kind little soul, and it just might kill him. But it’s not the feel good happy ending that we all hope for in Happy’s case, oh no. He has to meet the most terrifying of imaginary friends and get himself roped into a sick situation, because he is too positive and naive to know any better.

Hailey comes up with a plan to escape from the “classroom” and those who are holding them captive, which is a super touching moment too. All I could think about was how she really is the perfect blend of both Nick and Amanda. I want to take a moment and point out that Bryce Lorenzo as Hailey has done amazingly well in this show. It is a very adult and dark topic with some really twisted implications in it, and she holds her own on screen. I don’t think there could have been a better choice to play the role and it makes me want her to be rescued even more, though I’d also be perfectly fine if she got fed up waiting and rescued herself just to prove she can. If any one kid could take on Blue and win, it’d be her.

Sax leaves Mikey tied up at a church while he goes to discuss terms with Blue, bad idea apparently. The kid gets out and wants to have confession. Which ends up terrifying the priest out of his wits and Mikey wanders away. Sax decides to try and trick Blue into thinking he still has Disco Mikey with him at their rendezvous – but you know how social media works these days. Mikey finds his way home (thanks menstrual pasta meatball sauce)  and it’s all over the internet within seconds. Called on his bluff, Sax earns himself a one way ticket to live with the fishes. Blue has had enough and he doesn’t need Sax now that he knows exactly where Mikey is. So Sax does what he does best, and distracts his would be killers with a life lesson speech just long enough to gain the higher ground and take them ALL out. It just wouldn’t be an episode of Happy! if we didn’t have at least two deaths. 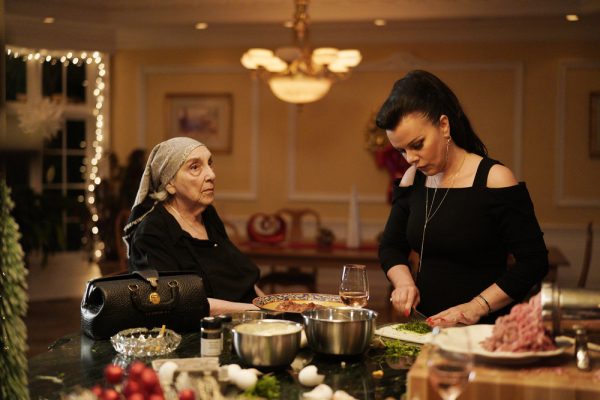 Happy breaks the first rule of attending any self help meeting, and follows another imaginary friend home. Thankfully, that home ends up being right where Sax plans on being later, so we can get the team back together again!  First though, Happy has a few hard lessons to learn – not everyone is nice, not everyone is his friend, and not everyone wants the best for him. Of course the Imaginary Friend that lured him home was bringing him to a trap, and if you thought Blue was bad – he’s got nothing on how twisted his own son’s mind is. Sure he has enough imagination to keep hundreds of imaginary friends alive, because he dreams up ways to torture and kill them! The apple doesn’t fall far from the tree in that family, Sax really should do the world a favor and at least take out that kid before he turns into the next Jeffrey Dahmer.

After being nailed to a wall and left to spend the rest of his days slowly rotting or being forced to play Russian Roulette, Happy finally realized that Sax is nearby and that Sax believes in him. I don’t want to say that it’s their renewed partnership that gives Sax the inner strength needed to take on three different guys, but it certainly didn’t hurt the situation either. With Happy and Sax back together we’re back on track! Hailey still needs saving and time really is running out. Even though he’s not supposed to kill them, Smoothie is only going to be able to last so long before he snaps. Plus, Christmas isn’t far off and once those kids are “gifted” out they’ll be far past the point of saving.

So once again, Happy! offers an extraordinary episode of television. Giving you a weekly dose of I can’t believe they showed that on tv with a double shot of WTF on the side. We’re not even done with the first season yet but Happy! has truly earned it’s place with iconic cult status already.