Happy New Year! Hope everyone had a nice holiday season.

The new episode of Lucifer was a flashback to when Lucifer came to Los Angeles from hell. It was interesting to see how it all started. Almost everyone shows up and we learn how or why they are there and how things first happened.

In the beginning…
The Angel Lucifer was cast out of heaven and condemned to rule hell for eternity.
Until he decided to take a vacation…
Day one
Los Angeles 2011 AD

The murder being investigated was an MMA fighter who was shot because he would not throw a fight. The killer also shot Amenadiel and stole his necklace. Humans cannot have anything from a deity; it never goes well, so when he recovers from being shot, he is determined to find it and convinces Lucifer to help him. The LAPD is investigating the murder at the same time.

Lucifer can be seen walking down the street in Los Angeles wearing a white Saturday Night Fever suit. It’s a great oblivious moment where what he is wearing was once fashionable and that was the last time he was on earth. He’s a quick learner and is quickly in the beautifully fitting suits we are used to seeing him in. 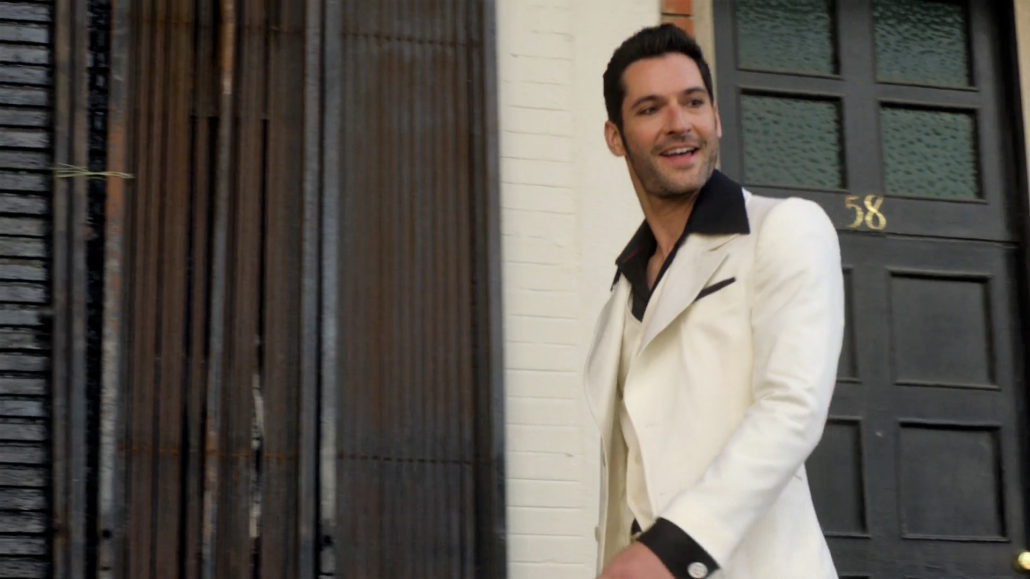 Amenadiel shows up to take him back to hell. Here we learn why Amenadiel, who is supposed to be the strongest of the angels, couldn’t force Lucifer back to hell. They made a deal, and divine beings cannot go back on a deal.

Dan is there and is a detective; Chloe is not a detective yet and they are still married. She is trying to prove herself to become a detective. There have been times that I didn’t like Dan, and times where he wasn’t so bad, but in this episode he is condescending towards Chloe, talks down to her, and minimizes all her ideas. I couldn’t stand him! And by the way, she solves the crime with no help from Dan, all he did was cut her down at every step.

We see when and how Lucifer got his Corvette. He stole it.

Lucifer and Chloe don’t know each other yet, but when they end up near each other during the investigation, he is immediately drawn to her. 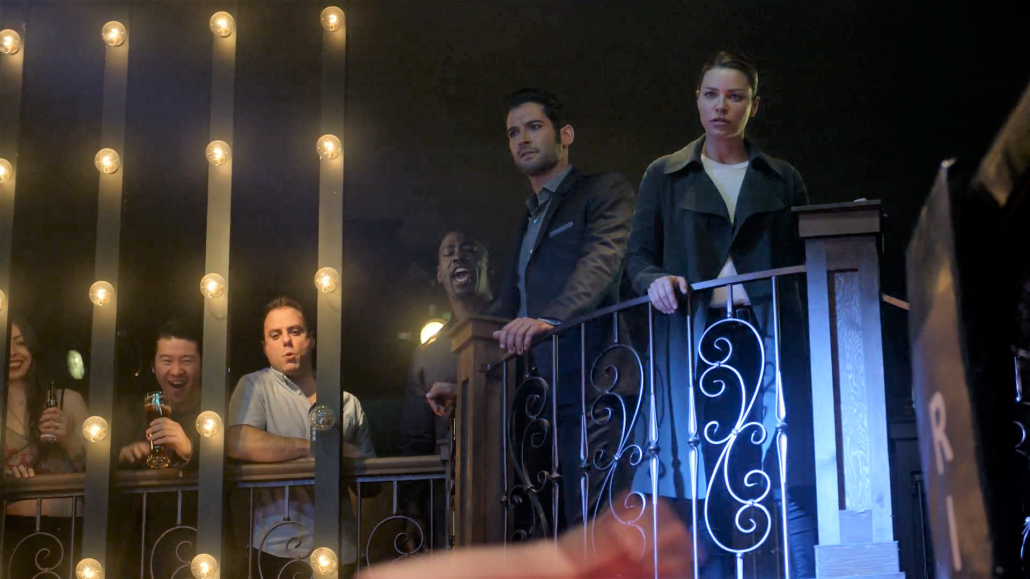 We first meet Maze during this episode, Lucifer brought her from hell to torture the suspect. I love her look! 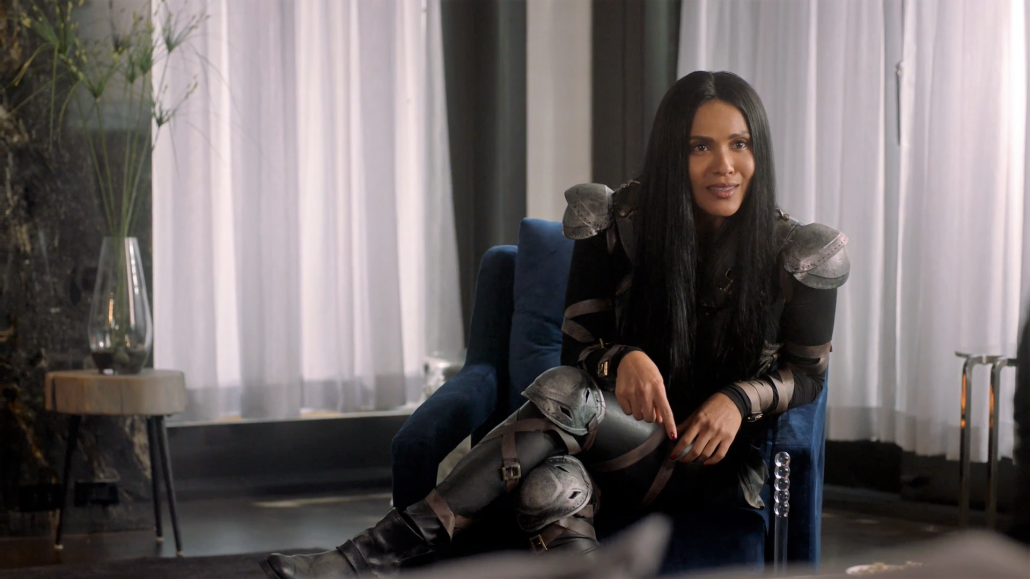 There is a foreshadowing of Lucifer’s future job assisting the LAPD. He inadvertently helps Chloe solve the murder by scaring the killer with his devil face. The killer immediately confessed when Chloe caught him.

Back at the club where the MMA fights happened, something looked familiar. It’s the location that eventually becomes Lux. 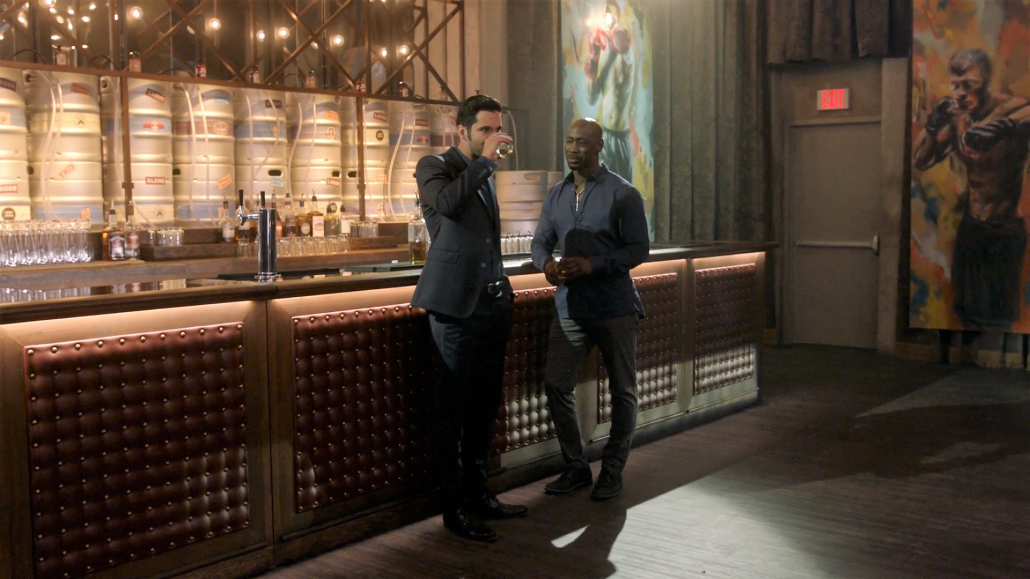 Lucifer sends Amenadiel back to heaven (or the Silver City as he refers to it) after they recover the necklace. Amenadiel is upset to find out that Lucifer won’t go back with him, and cannot force him to, thanks to his deal.

The final scene happens on the beach. Mazikeen is standing behind Lucifer, tearfully cutting Lucifer’s wings off. This is an intense scene. We don’t see Maze showing this kind of emotion much if at all, it’s such a drastic move that she is overcome. A question comes to mind, is she upset because she is hurting Lucifer, or is she upset because she is now stuck on earth with him? Or maybe it’s both.  He seems to be a bit conflicted, maybe it’s nerves, but it all clears as soon as the first wing falls. Lucifer looks up and has a satisfied look on his face, now “Father” can’t force him back to hell. 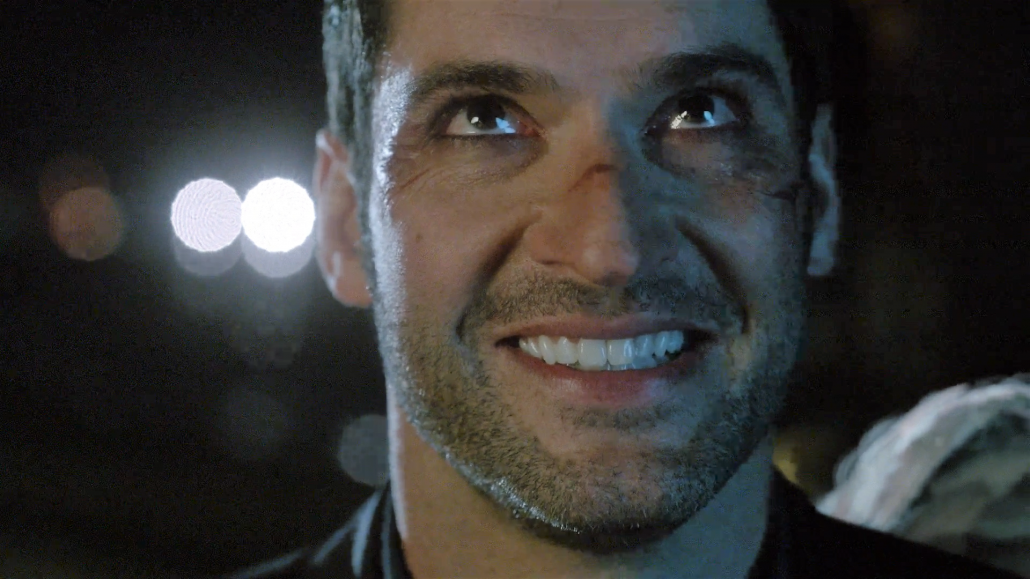