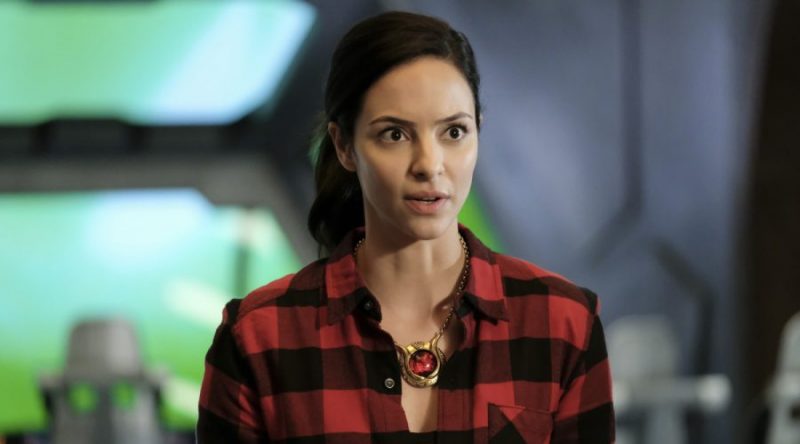 DC’s Legends of Tomorrow does it again, again and again! Time loop anyone? I hear Groundhog’s day is pretty popular. The recent episode, “Here I Go Again”, was nothing short of entertaining. Secrets were uncovered, truths were told, and some hanky panky was in full force. Shall we delve into some of these particular moments? Why, yes, I do believe we should!

So, apparently the Waverider is not only good for time traveling, but for the occasional hookup. Everyone knows that Nate and Amaya still have a thing for each other, but apparently they’ve been keeping their recent love making quiet from the rest of the team. They even go so far as to wipe their memory. Honestly, these two have some serious issues! Nate and Amaya may be worried about putting their friends at risk, but Zari eventually straightens them out. Let your love shine, you two! 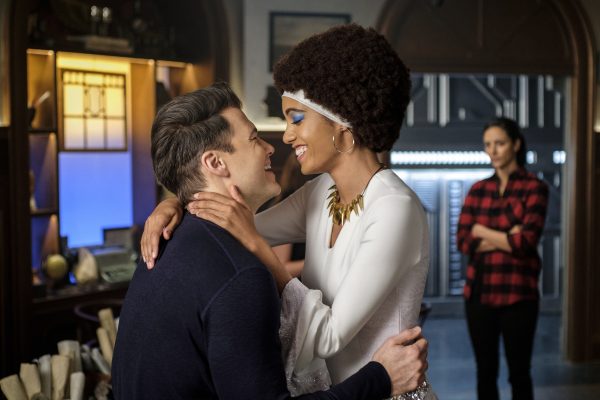 So, Mick’s a sci-fi, romance writer? That is one secret that blew my mind. He was acting so suspicious, but never word I have thought he was writing a book. We see at one point where Zari is sitting down with it, while stuffing her face. She would probably be my best friend in real life. With Mick writing a novel, you just get this fuzzy warm feeling about him. And, wearing those glasses, he was looking mighty fine! At the end Zari gives him a little pointer about changing the ending and he of coursed looked highly confused. It was probably one of my favorite things about the show. 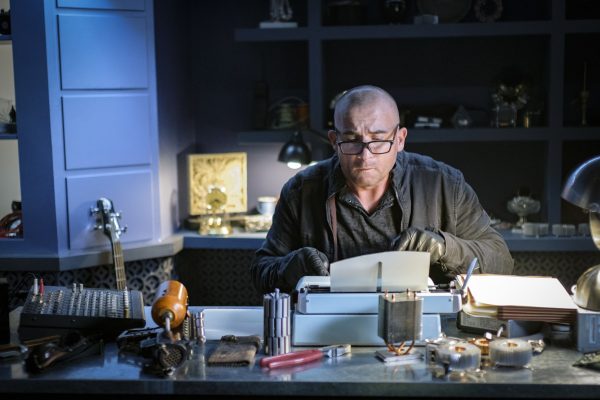 As Zari struggles to save everyone from the time loop, she find herself learning little quirks about each of the team. I think the biggest thing for Zari on, ” Here I Go Again”, is finding out that Sara is only hard on her because she care and that Sara is worried that she will be tempted to change history in order to save her sister. This creates a huge change in Zari’s perception of Sara and how she feels in general about the team. Before this moment, Zari had a hard time finding her place and was confident that she would leave the team soon.

Who was behind this horrible time loop? Why, it was none other than our very own, Gideon! A wonderful and lovely surprise. Props to you, Gideon, for using mind games on Zari to see the truth about the team. Zari has been so focused on trying to find a way to save her brother, that she was willing to do whatever it takes. Which, is a very honorable thing, but she was missing the fact that as a team, they were all stronger together. And, they were family. Zari felt that she was just a temporary member, but that wasn’t the case at all. It took for Gideon to play some mind tricks on her, for her to be able to see the truth. She came to realize that they loved her and she loved them, even if they were dysfunctional. Zari is willing to sacrifice herself in order to save all of them and it gave me a knot in my stomach thinking that she was actually going to die! But, then Gideon surprises us and tells Zari exactly what she had done. 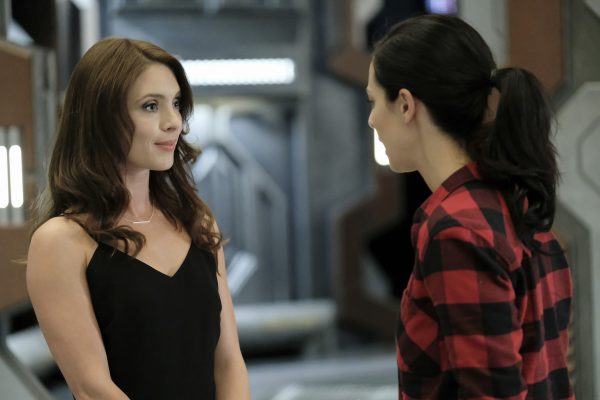 I know I have said it before, but I truly do love that DC’s Legends of Tomorrow is able to bring in some quirky silliness and combine it with all the drama. I think it is a really hard thing to do sometimes, but these guys nail it every episode! And, “Here We Go Again”, really hiked up the emotional drama for Zari while they incorporated the fun parts. If you have not caught up on your Legends of Tomorrow, do it now, before next week’s episode!