Get “Lost in Space” With This Trailer & Photo Gallery

When I was a very young child, there wasn’t much in the way of science fiction programming on TV, especially compared to today. My earliest memories of outer space adventures include Star Trek (of course), but also another, less serious show; one that, despite its many flaws, hooked me as deeply as Trek. That show was Lost In Space which is basically Swiss Family Robinson in space. Heck, the family name is even Robinson – not much of a stretch. Created by Irwin Allen, known as the “Master of Disaster” for his spate of, well, disaster flicks and scifi-themed TV shows, Lost In Space still holds a place in my heart. Sure, it’s the very definition of campy (I mean, space vegetables? C’mon! I need moisture!!), but I’ve always loved it.

In the years since the show met its demise, there have been attempts to bring it back in one form or another. There have been comics, a novel, a (thankfully) short-lived cartoon, a feature film, and a 2003 attempt to create a new television series that never got off the ground. Despite all these aborted launches, Netflix has managed to succeed in bringing Lost In Space back to our screens. The 10-episode first season will drop on the streaming service Friday, April 13. Today, they released a short teaser that mainly serves as a date announcement, but has some intriguing glimpses of what’s to come. Check it out below then keep scrolling for our photo gallery!

Here’s a snippet from the press release that came out way back in June 2016:

Taking its cues from the original series, the show centers around the Robinson family, who is forced to come together in a time of crisis. Stranded light years from their intended destination, they find themselves battling a strange new alien environment and also their own personal demons. Equal parts family drama and sci-fi adventure, it is a survival story for the ages.

“The original series so deftly captured both drama and comedy, and that made it very appealing to a broad audience. The current creative team’s reimagining of the series for Netflix is sure to appeal to both fans who fondly remember the original and to create a new generation of enthusiasts around the world,” said Cindy Holland, Netflix Vice President of Original Content.

I know, I know … that trailer is way too short and you want to see more. We have some production stills from the series so you can check out the new faces of the Robinson family. Sadly, there’s no sign of Robot yet, but we hear his voice at the very end uttering an iconic line. Get a better look at the Robinson family in the gallery below. Oh, and Dr. Smith has regenerated into a woman, much like another famous Doctor! 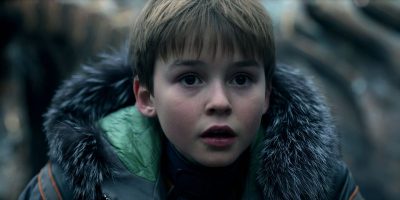 Max Jenkins as Will Robinson, the boy with a propensity for finding danger 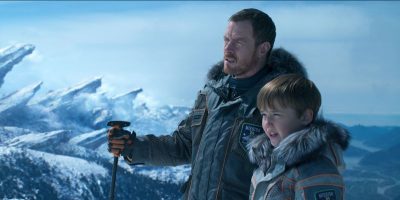 Dr. Smith (Parker Posey) & Will Robinson (Max Jenkins) loitering in the halls of the Jupiter 2. 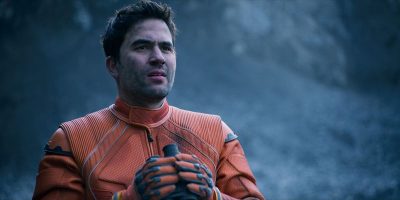 Don West (Ignacio Serricchio) scoping out an alien landscape with concern, and soot, on his face 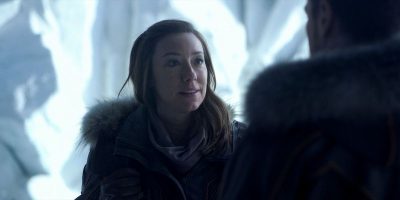 “Don’t make me turn this chariot around or you’ll be sorry!” 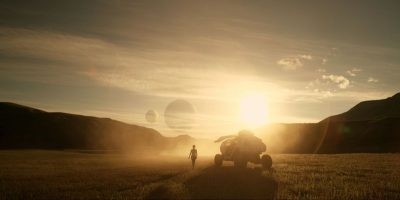 This is one of the most beautiful images I have ever seen. Needs to be a poster.