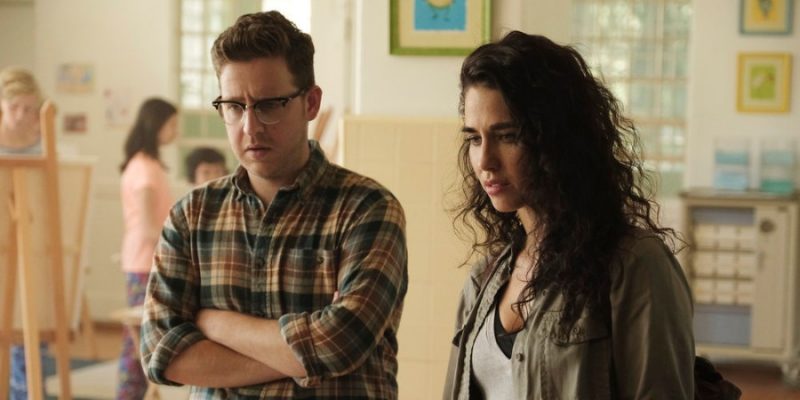 Recently I got to chat with Trevor Einhorn, one the Magicians and  Epic Quest Crew on Syfy’s hit show The Magicians! Trevor plays Josh Hoberman – tomato lover, smoker extraordinaire, and party expert who brings a loveable, goofy vibe to the crew. Josh is playing a big role for Season 3 on the show, being named by the Great Cock as someone needed to complete the Epic Quest to bring back magic. We’ve seen just how much Josh is missing magic and how it’s absence is affecting his everyday life – so it is only fitting that he be there when magic is (hopefully) restored to Earth and Fillory again! 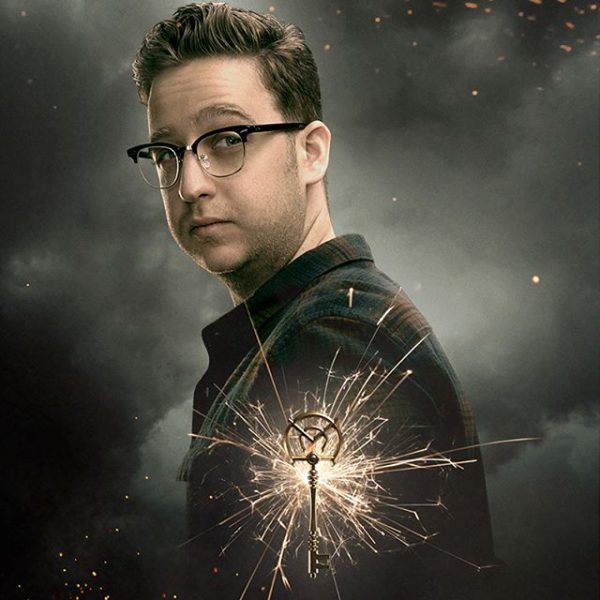 Michelle Harvey (MH): What was your audition process like for the role of Josh back in Season One, and what was your experience like in joining the crew midway through?

Trevor Einhorn (TE): Really good question, I like that. I haven’t started with that process yet. The audition was super comfortable for me, the casting directors Carrie Audino and Laura Schiff – I have a working relationship with them from “Mad Men” which I did for a few seasons. They brought me in and the character description based off the books was this sort of over the top stoner, really big character. I kind of played my best version of that but also grounded it a little bit more to myself and I also wanted to stand out a little bit more. And I guess it worked, we went back in and read it a couple of times but I thought it was really clever writing. I didn’t know much about why I was stuck in The Neitherlands, I didn’t know much about what was going on, and I didn’t want to drive too deep into that to try and piece it together. I just wanted to attack the material and I was able to find the humor in the sort of cryptic writing and in the monologue that we had to do. It was a pretty big audition scene and they said that it would possibly occur too. When they said I got it, I decided to do some research on the books and on the characters and I thought I would just figure it out as I went along. When I got to Vancouver and it was such a built out magic world. They knew exactly how they were diving into this thing, they were seasoned vets on a season one which was just awesome. The cast and crew were super welcoming. I was there for almost a month and I felt like I knew these people for years. There hasn’t been many work experience where when you jump on right away you feel so comfortable from day one. But that was definitely the case with this cast and crew. And you know they were nice enough to continue to bring me back and now I get to call them my work family, so from season one to now it feels like a nice long journey for not only my character but me as well and I’m super appreciative of that.

MH: Coming from your time on “Mad Men” and then also the new ABC reboot of “Dirty Dancing”, The Magicians is very different story wise – how has that shift been for you?

TE: Not that difficult, I really appreciate how specific The Magicians is, a lot like both Mad Men and Dirty Dancing being set in very specific time periods. You have to be very conscious of your choices and really live in the world. So similarly, The Magicians has it’s world – even though it’s set in modern day we are really specific with how our relationship is to magic and what the writers what to introduce. So because we have these specific guidelines it’s really a fun task. We have a fun show, I enjoy playing with everybody and getting these layers – especially for Josh, Josh goes on all these wacky adventures where I get all different smoking paraphernalia, gimmicks, and things that I get to play with. But then I get to be really grounded with Julia or Quentin and talk to them as humans. It is a very different show in comparison but it’s a similar approach in the sense that we are a very specific world and that’s totally a tribute to the writers – we have really great writers who know what they’re doing.

MH: Your character Josh gets to explore in both that world AND Fillory, even getting to be King in Fillory for a day, which sets do you prefer to film on?

TE: Ooh. That Throne Room in Fillory is pretty awesome. I remember when they first revealed it to me and I thought that this was just super glamorous, and it’s epic in itself. The sets are actually all really epic, but I definitely have to say that Throne Room when I got to join into that in Season 2, I felt really taken somewhere – it felt like a different world. So I think I have to say that it is always enjoyable to go there.

MH: Josh has a bigger presence in the group this year, I think he works really well as a different form of comic relief that the group was missing. What do you think his role will be in the grand quest that they all will be embarking on?

TE: Well, we have a lot of personal challenges with magic being gone, but we really get to dive into these characters and what magic meant to them and what they mean to each other. So for Josh, he really takes a look at the layers of what magic was in his life and it’s’ hitting him hard. But he’s also taking a look around at who are these friends in his life and what does he mean to them, what do they mean to him? That’s sort of the on-going theme in this season I find – we’re taking a deeper look at people individually, but also how they play into each other’s lives. For Josh always being that sort of comedic relief, and funny partier, it’s nice to see a different side where he starts to questions who he is. We get to go on the journey with him as well as desperately trying to find magic. That is the biggest deal to him and that will never go away, he loves it so much.

MH: It was really sad and disheartening to watch him at the party with Julia and Quentin when it really hit him that magic was just gone and I think it was a really touching moment between him and Julia, I love that he brought up his tomatoes, and his magic gardening, and how he used magic in an everyday way. I think it’s easy for viewers to overlook all the little ways that magic could be used, so it was a really grounding moment that brought the reality of what magic in our lives could be to the surface. Since Josh loves and misses his tomatoes so much, what is one of your own favorite foods?

TE: I do like tomatoes, for the record – not as much as Josh does. I’m a big chicken guy, I love chicken. If you’re friends with me you know that I love a good chicken and veggies. I eat pretty clean, but I’ll have any type of chicken. Maybe I need to incorporate that somehow into Josh’s menu for next season – maybe he loves chicken breast with tomatoes or a chicken Parmesan could bridge the gap there, that could be nice. But you hit it on the head with what that scene really meant between Josh and Julia. It’s about grounding little things and not making magic so grand. That’s what I like about this show is that we make it something believable and what it’s like to have it if we did.

MH: What do you like most about Josh as a character?

TE: I enjoy the lovable stoner aspect that he is, but it’s not any sort of stereotype of a stoner. They do this great job at writing him as a smart guy, really in tune with his opinions, and his relationships – it’s not just your average stoner on t.v who is just trying to get high and not think about anything. He is a hyper-active thinker and I just enjoy that relationship with his friends is similar to how I am with people. I enjoy being able to be a good friend and always look for the positive side of things. It seems like I get to do a lot of that on the show so the fact that I get to play that is a lot of fun.

MH: On the flip side of that, if you could change something about Josh, what would you change?

TE: Ooh. You know, I want Josh to not rely on magic so much for his confidence. I think he is overly confident at times and then then a little bit timid at times depending on the task but I think if he just stays in one lane confidently he’ll find that nothing is really that difficult. But that is his own personal journey and that might take some years of tomatoes and therapy to figure out for Josh.

MH: Especially with that party scene with Julia, that kind of shows his extremes. From when he first enters the party and Julia and Quentin are denied to where he ends up talking with her towards the end shows two totally different confidence levels in him.

TE: And his choices to sleep with werewolves, you know maybe we’ll rethink those. That could be questionable.

MH: Do you have anything else going on project wise that fans of Trevor need to know about?

TE: I am working on some things but unfortunately I can’t talk about them quite yet. I will say that I am super excited for fans to see what Josh has in store for the rest of this season on The Magicians. We have some really really cool, fun episodes coming up and they are very Josh-heavy. I’m very excited for people to see this different side of him. That I think I am the most excited to see.

Catch Trevor as Josh on The Magicians Season 3, currently airing Wednesday nights on Syfy! You can also find and follow him on both Instagram and (a little less active) Twitter to discuss all things Josh when it comes to The Magicians!