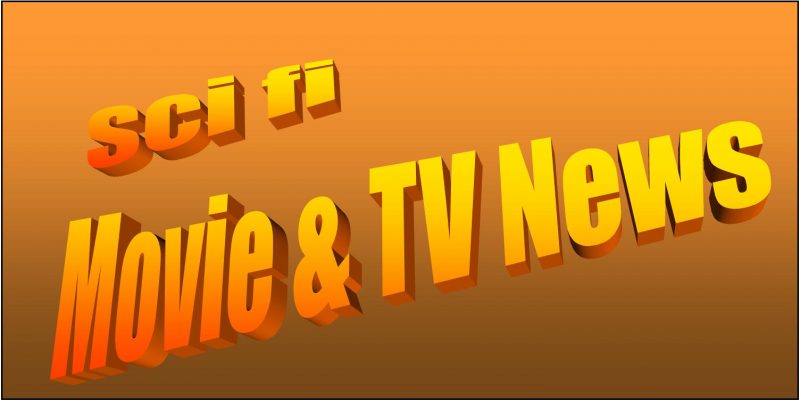 It’s that time of the year – lots of exciting-sounding shows and movies have recently received the green light to go to pilot and others picked up for next season.

S.T.A.G.S., a YA novel by MA Bennett, will become a film written by Peter Craig, who co-wrote the last two installments of The Hunger Games‘ movie franchise. Set in an English boarding school, the film follows Greer and her new friends, who are invited by the school’s snooty clique to a weekend getaway that promises “hunting, shooting and fishing.” When they get to the estate, Greer and friends soon find out that they are the prey. Picked by Fox 2000 and Chernin Entertainment.

Steven Soderbergh will produce and may direct Planet Kill. Between the title and the names associated with the original story (Scott Z. Burns, Contagion, and James Greer, Unsane), I’m going to assume it falls somewhere in the sci fi/horror/thriller area. The story was acquired by Studio 8, but nothing is being released about the plot.

Chris Van Allsburg, who wrote the original books for Jumanji, Zathura, and The Polar Express, just signed a production deal with 20th Century Fox to generate projects based on his body of work. No word has come out on which of Van Allsburg’s books will be the next in line.

A Men in Black franchise reboot is in the works. According to Deadline Hollywood, the next film will be a “spinoff grounded in the original premise, of a covert force policing the alien population hiding in plain sight, the premise of the comic book series by Lowell Cunningham and Sandy Carruthers.” Neither Tommy Lee Jones or Will Smith, stars of the original three Men in Black films, are expected to return. Script is by Iron Man writers Matt Holloway and Art Macum.

A sequel to one of the arguably scariest movies ever made is in the works. Doctor Sleep, an adaptation of a 2013 Stephen King novel that follows The Shining, is set for director Mike Flanagan at Warner Brothers. Doctor Sleep “picks up the life of the Redrum kid Danny Torrance when he is in his 40s and struggling with the same demons of anger and alcoholism that plagued his father,” according to Deadline Hollywood. “The novel begins as Torrance carries the trauma of the Overlook Hotel into adulthood. He’s become a reflection of his murderous father, with lingering rage and a drinking problem that dulls his pain as well as his ‘shining’ powers.”

JJ Abrams returns to TV with a new series, Demimonde. Originally planned as part of Apple’s new streaming lineup, the show has been picked up instead for HBO. According to TV Insider, “The sci-fi series follows a scientist, her husband, and daughter who get in an accident, putting the mother in a coma. While digging through her equipment, the scientist’s daughter is transported to another land where evil is lurking. Eventually, the father joins the girl in this other world.” Demimonde is expected to debut in HBO’s 2018-2019 lineup.

Before that, though, Abrams also EPs Castle Rock, starring Sissy Spacek, Andre Holland, and Scott Glenn, with Lost’s Terry O’Quinn as a guest star. Based on Stephen King’s fictional multiverse, the show will debut this summer. Here’s a 40-second trailer that will be shown during the Super Bowl on Sunday:

Looking for all the new movie trailers, but you don’t want to sit through the Super Bowl to see them? Keep an eye on TIBS Sunday evening, and we’ll bring them all to you!