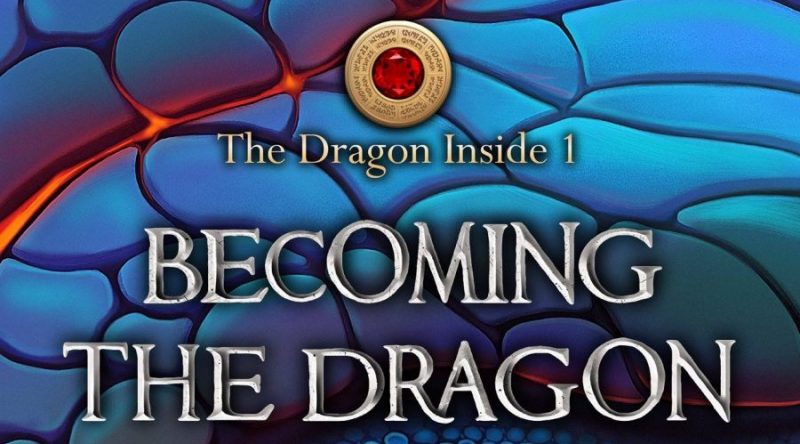 Imagine being a young boy, who has a family and friends that love him. Even though things have not gone the way that he probably wanted, he still had a good life. Then, on a fateful day, this young boy was in the wrong place at the wrong time. Life would never be the same for this boy, whose name is, Andy.

Becoming The Dragon( The Dragon Inside), is a four part series written by Alex Sapegin. Sapegin does a wonderful job taking us from our normal world and transporting us the land of Orcs, Elves, and Dragons. This fantasy land is full of creatures that we have never heard of and Sapegin is great at painting a picture that drawers us deeper into the story. I was pulled in further and further, with every page I read and I did not want it to end! Honestly, when I got to the last page and realized I was done, I was more than slightly frustrated. 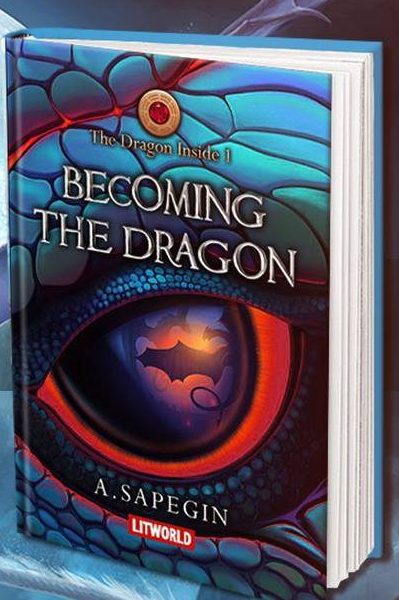 Now, Andy is a boy who is thrown into a world that is completely unlike the world he grew up in. We are taken on a journey with Andy as he has to roll with the punches and many of them involved imprisonment or torture. Right away life is very hard for this young boy and we see that he has to grow and mature in order to survive. Andy has to kill and risk his life, just to try to save himself. He does things he would never do before, but in this new world, he has to live in the moment and sometimes it makes things worse.

One of the things I love about, Becoming The Dragon, was that there is such an intricate journey for Andy. He has to experience so many hardships and at times it seemed that he was just fighting so that he could die. It was such a tough read at times, where this young boy is struggling so much! I just wanted to reach in and save him from the world of torment. Sapegin was very detailed and it allows you to really visualize what was happening, which wasn’t always pretty.

When Andy becomes a dragon, for me, this was a huge game changer and just really took the book to a whole different level. To get to this point, Andy was first tortured by a very bad Elf and then he was shot by an arrow right through the spine. Talk about having a bad day, this kid was living in a nightmare. While living in a cage, he became friends with a dragon. This dragon, Karegar, has taken quite a liking to Andy and they end up saving each other. In a land where everyone is looking out for themselves, these two form such a strong bond. It is so beautiful.

Karegar takes Andy to his cave, where the lovely Jaga lives. Jaga is a very powerful and old elf. Between Jaga and Karegar they are able to do a ritual that transforms Andy into a dragon. Andy doesn’t even hesitate because he wants to live and get revenge. His desire to live made the difference in whether or not the process worked. And it worked incredibly well, better than Jaga was expecting it to go. Andy becomes this beautiful, gold dragon and each detail that describes him makes you so happy. The transformation from human to dragon was magnificent and a true pleasure to read.

After this point, it is up to Andy and his two guardians to teach him how to live as a dragon. There are many ups and downs, but they make it work. These three will have more trials in the future. War is coming and if they aren’t prepared, that could mean death for all.

Overall, I felt that, Becoming the Dragon was a very unique and an interesting read. There was magic, dragons, and things that want to kill you. You can’t go wrong with stuff like that! I really enjoyed reading this book and look forward to reading the rest of the series to see where Andy goes next.

Becoming the Dragon really takes off after Andy becomes the dragon. Sapegin weaves an intricate tale of the world Andy now finds himself in and the journey he must take in order to truly find himself, as well as, possibly saving the world. If you are a fan of fantasy and entering a new world, Becoming the Dragon(The Dragon Inside), is just the book for you! Keep an eye out for all four books in, which you can easily find on the Litworld page. It is a read you do not want to miss out!