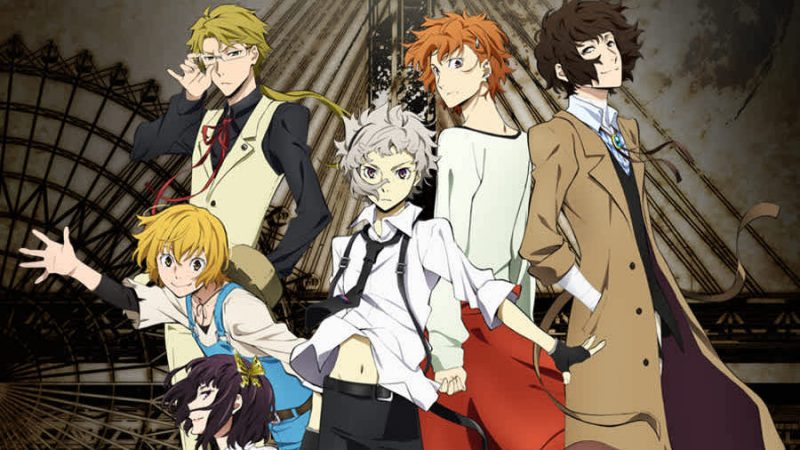 Bungo Stray Dogs follows the story of a young man who has supernatural powers and learns he is not the only one. Pushed into a world at war with underground forces, Atsushi must learn to survive this difficult place by understanding the power of those around him and gain confidence in his own.

Stalked by a beastly white tiger, Atsushi Nakajima has no idea that the menace lives inside him—a power that catches the attention of the Armed Detective Agency. Using inhuman abilities to combat crime, this team takes Atsushi under the wing of their most eccentric member, Dazai. Together, they tear through mafia-muddled mysteries while enemies keep an eye on the tiger’s lofty bounty.

The story centers on individuals who are gifted with super natural powers and use them for different purposes including running a business, solving mysteries, and carrying out missions assigned by the mafia. The story mainly follows the members of the “Armed Detective Agency” and their everyday lives.

Everyone loves a detective series but how about a detective series where the detective agency is full of ‘gifted’ individuals with super natural powers? From a were tiger to someone who has to kill you to bring you back to life this quirky series has you sometimes hoping the bad guy will win. Dazai is by far one of the most interesting characters who isn’t a flat or whiny baby.

Season 1 introduces us to Atsushi, who has no idea he has supernatural powers. He meets Dazai, a member of the armed detective agency who also has a thing for suicide. Dazai decides to take him in and train him to be a member of the Armed Detective Agency, to be his pupil. We also learn about another former pupil of Dazai, Akutagawa. Akutagawa is obsessed with Dazai and is also a bit crazy.

The Armed Detective Agency and the Port Mafia both find themselves in a tough spot as another group enters the picture and challenges both sides to a game of gifted war. The action sequences are well done and fun to watch. The writers spent their time making each persons power unique and tell a story about each character at the same time.

Bungo Stray Dogs mixes the serious content with a lot of self-deprecating humor. This helps cut some of the darker moments with human moments. Of course the animation impresses as it is studio Bones. This is another Crunchyroll title which was dubbed by them, and distributed in North America by Funimation. The dub is also streaming on Funimation. Crunchyroll titles take longer to come out dubbed than those with Funimation but still much faster than dubs from other companies typically get produced.

You will also find some fun literary references in some character names. Edogawa Ranpo is a call out to Edgar Allen Poe. Just say the name out loud a few times! Season 1 consists of 12 episodes, but fear not, there is a second season and I cannot wait to hear the dub on season 2. You can pickup your copy of season 1 over at Funimation or Crunchyroll. 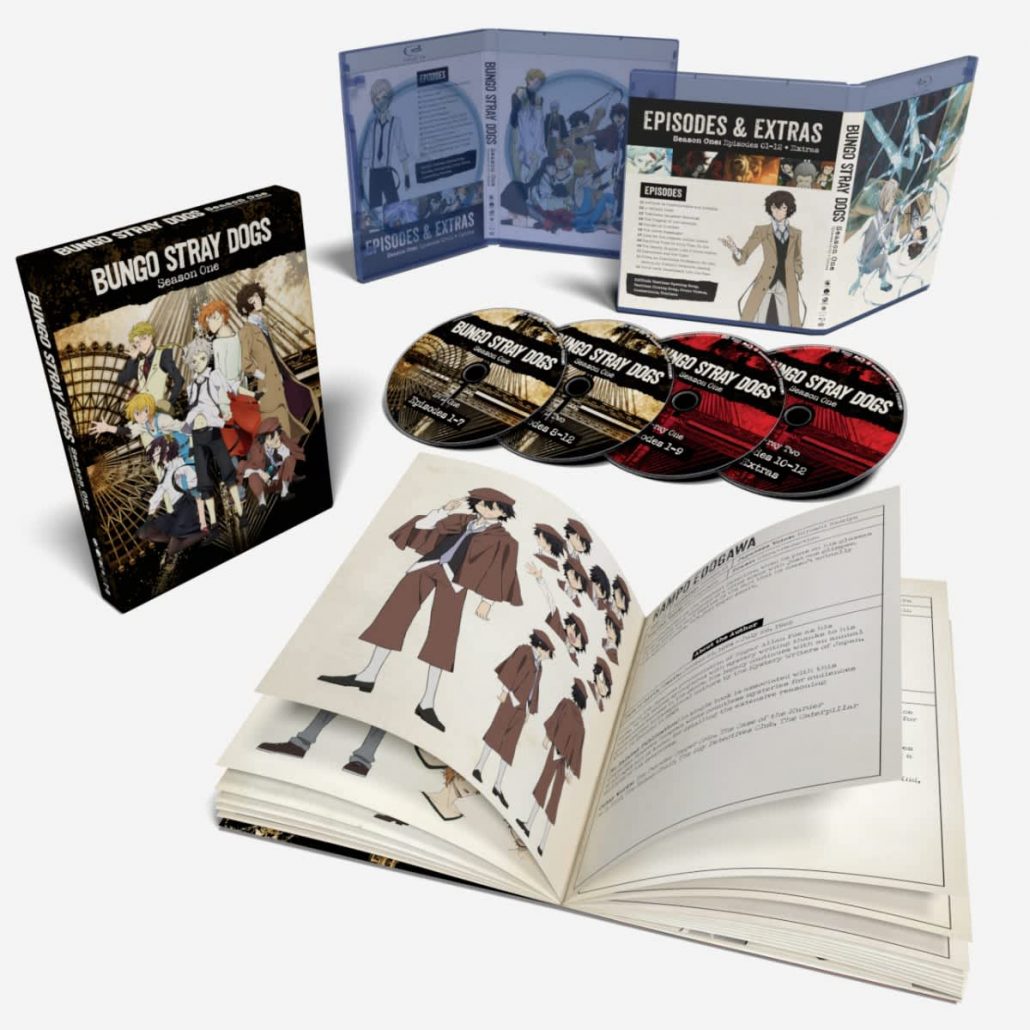