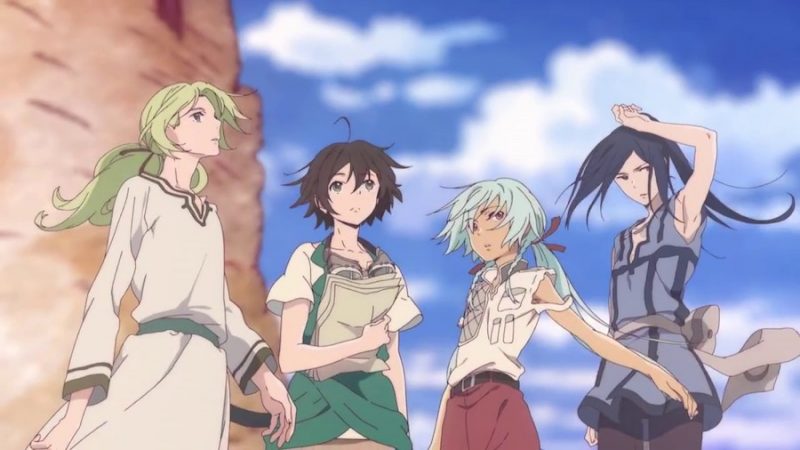 Children Of The Whales – Review

By: Robert Prentice
Children Of The Whales Netflix Viz Media

What secrets lie ahead for a boy named Chakuro adrift on a sea of sand? Children Of The Whales tells the story of one such boy and the mystery surrounding the existence of Thymia. Just what is it and why do they have such short lifespans? The discovery of a young girl proves to change everything they knew.

The story focuses on a boy called Chakuro, who lives on a giant vessel called a Mud Whale that drifts over the sea of sand. In the Mud Whale, society is divided into two kinds of people: the Marked, who can move objects with their minds using a strange power called “thymia”, at the expense of shortened lifespans, and the Unmarked, people who lack thymia but enjoy longer lifespans. Chakuro and his friends have never seen anyone from the outside world, and they spend their days yearning to explore and learn about it. In year 93 of the vessel’s exile, the Mud Whale encounters a lonely island and Chakuro finds a girl inside, starting an adventure that changes the lives of everyone.

Children Of The Whales Review 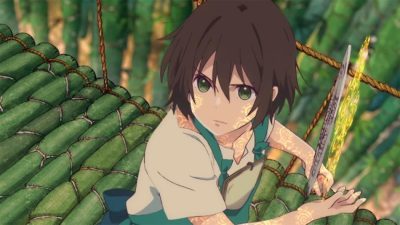 The story of boy named Chakuro who lives on a floating vessel call the Mud Whale is a rather sad story. The children of this island have short lifespans. What they don’t realize is just why that is and why they are on this island to begin with. Children Of The Whales reminds me a lot of Gargantia on the Verdurous Planet. As you work through the story you begin to slowly unravel the mystery behind their existence.

I felt a bit disappointed in the protagonist in general for the series. Chakuro while a caring boy who seems to be able to “read between the lines” wasn’t as useful or influential as I wanted. Ouni, who was mostly a rebel without a cause, ends up being far more useful to the fight, while not being a centralized character, at least in the beginning. 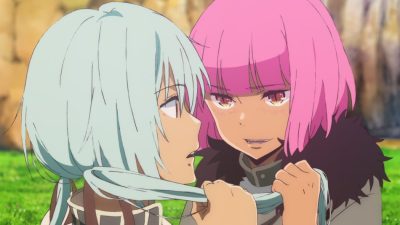 The animation style for Children Of The Whales feels like a Miyazaki production in a lot of ways. The background, while beautiful in its simplistic approach, is muted to allow focus of attention to the foreground and the characters. Each characters look expresses their personality. But don’t be fooled to think there isn’t beauty in the background either. Its a contradiction in all the right ways.

Studio J.C. Staff created the anime based on the manga by Abi Umeda. Viz Media licensed the manga for release in North America with the 3rd volume released on March 20th. Netflix licensed the anime adaption which dropped in March, consisting of 12 episodes. The anime looks to have covered about 5 volumes of story. I would like to see more and have Netflix renew it for a third season.

Where the story lacks a strong protagonist it makes up for in visuals, musical score and world building. Depending on you preference, you can pickup the manga right now on Amazon.com Vol 1-3 are already out. You can catch the anime over at Netflix right now. The entire first season is available.