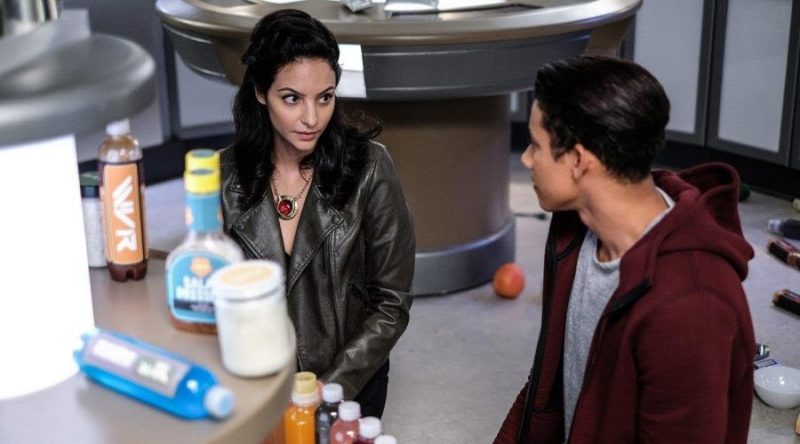 On, “Amazing Grace”, the Legends learn of a very devastating turn of events…. something is messing with Elvis! We first notice things changing when the game Zari was playing had changed, Nate’s hair was different, and Mick’s rat had a different name(Josh Groban). This leads to a bit of panic because, well, who the hell wants the rat named after Josh Groban? Plus, Elvis is the King of Rock, he needs to sing his songs and swing those hips. Yeah baby!

We see a young Elvis wanting to buy a guitar, but is quickly shut down by the salesman. Now, when a salesman tells you not to buy something because it’s cursed, it would probably be a good idea to listen. Then again, what do I know? Elvis buys a guitar despite being warned about it and this is when trouble starts. The guitar Elvis buys has the Death Totem on it and every time he starts playing, ghosts come up from the graves. Creepy!

Mick has been a man of many surprises on, DC’s Legends of Tomorrow. First, we find out that he is writing a novel and then he has a pet rat, whom he loves dearly. I guess I was completely out of the loop on the latter one! In the midst of trying to figure out what was going on with Elvis and Memphis, poor Axle meets his untimely demise. Mick was heartbroken. I am pretty sure he shed a couple of tears later on… you can’t hide those crocodile tears from me! 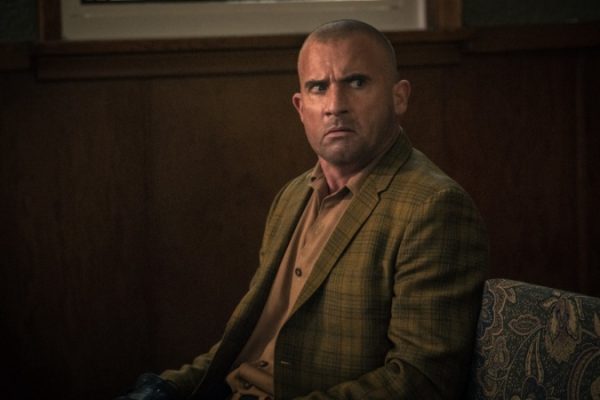 While the rest of the Legends are off dealing with Elvis and the magical guitar, Ray has planned a lovely funeral for Axle. I swear, this guy and his mushy heart! At first, Sara and Mick were against the idea, but Ray convinced them that it was important. Pour the drinks, Sara, because it’s not a funeral unless the liquor is flowing!

Let’s chat about Wally for a second because I think he is going to add a lot to the team. He obviously has a lot to learn about when to be a speedster and when to act like a normal person. There was a bit of tension on the Waverrider, as Wally was just speeding around and doing things. It was nice to see Zari talk to him and explain how things should be done. It was a nice little test trial on, “Amazing Grace”, to see how he interacted with the Legends. I look forward to seeing more of him in future episodes! 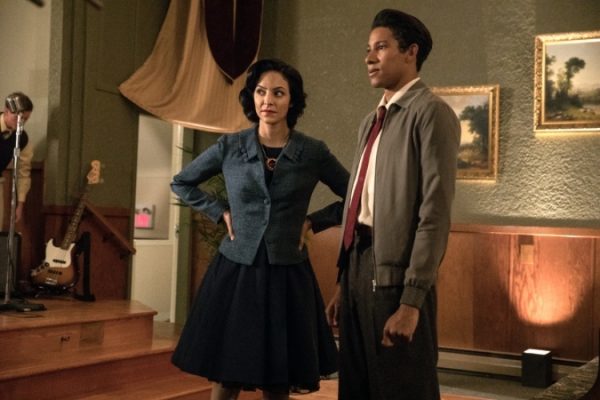 I have to admit, DC’s Legends of Tomorrow, has really put out some great episodes. There hasn’t been one that I was bummed out about. Unfortunately, I was a little unimpressed with this episode. Maybe, it’s because there has been so more action and drama recently. And, having the Darhks in recent episodes has made for great entertainment. “Amazing Grace”, was just missing a little something.

Next week’s episode, “Necromancing the Stone”, should provide quite the excitement that we are all looking for! Everyone hits a bit of a slump, sometimes. I have no doubt that next week, the Legends are going to have quite the fight on their hands, as Sara becomes under Malas’ control! I can’t wait!