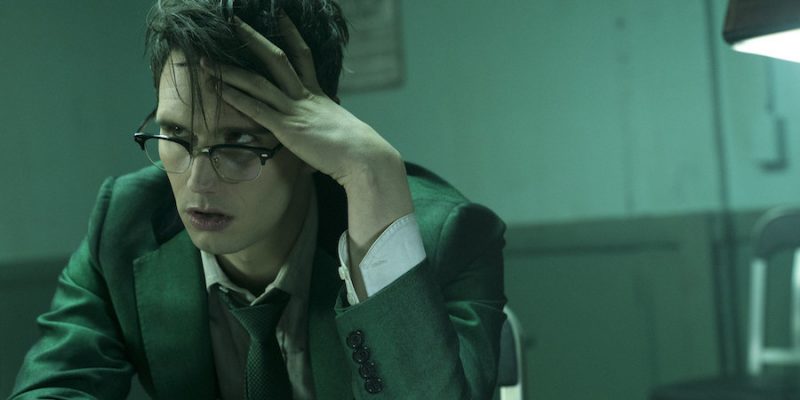 Wow, What A Reunion!

They are really packing a lot into these episodes. “Reunion” was no different!  Every single minute has something ridiculous happen!  From the beginning of this episode until the end I was on the edge of my seat.  It is amazing what the writers are doing and how all of the characters are just growing so quickly and really coming into their own.

I KNEW Sofia wanted Lee on her side for a reason!  Sofia doesn’t play nice and I knew that her fake sister act was just that, fake!  Sofia seems to know all about Jim’s dirty past.  Obviously she knew about what he did to Mario, and of course she knew about Pyg, so any leverage Lee thought she had was just out the window.

I actually can’t believe that Lee was so willing to sell Jim out though.  Especially because she is so new to The Narrows.  I do not understand why Lee cares so much about The Narrows.  Is this her way of coping with everything she’s been through?  It’s just strange.  I understand she is angry at Jim, but dang to deliver him into the hands of Sofia so easily.  WHOA! LEE! OH NO! Sofia is absolutely ruthless (duh she killed her own father) and now Lee probably lost all control over the Narrows!  She definitely lost the ability to do surgery, which is basically her main pull in The Narrows! What is going to happen next? 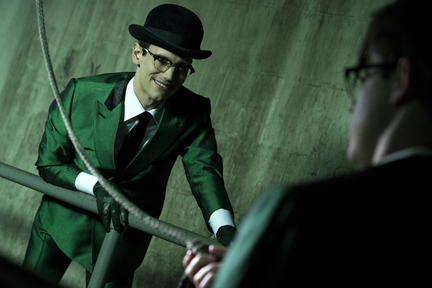 I really hope that Jim finds out what Lee was trying to do to him.  I know he’s still in love with her, and I want them to get back together so badly, but maybe Jim deserves better.  Speaking of men in love with Lee: Nygma!  It’s adorable that he’s smitten with her.  I wonder what he’s going to do now that she’s not in charge of The Narrows.  That also answers my question of what is going to happen to Grundy.  I did freak out a bit when he was trying to hang himself to save Lee, but it doesn’t make sense no matter which way you look at it.  I knew he wasn’t actually going to kill himself, but how would that save Lee?  The Riddler isn’t her only enemy!  Maybe he didn’t realize it though. 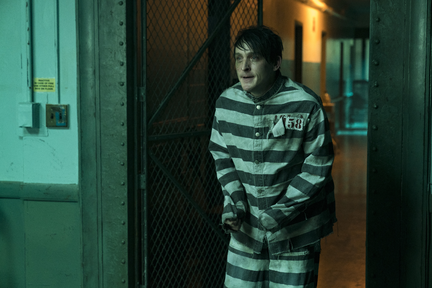 I like everything that’s going on with Nygma’s character.  He’s always been my favorite in terms with growth and that hasn’t changed one bit.  His progression from just Ed Nygma back to The Riddler and then back to Ed Nygma all inside of his mind is executed so well.  The fact that he sees The Riddler the way that he did in the past is just proving how much he digressed when Penguin froze him.

Oh the Penguin Riddler reunion!  The absolute excitement I felt when Penguin walked through the door, wow!  It was so crafty that The Riddler convinced Nygma to check himself into Arkham!  I am so excited for them to be working together again.  I’m really interested to see what happens next and what The Riddler’s big plan is.  So excited! 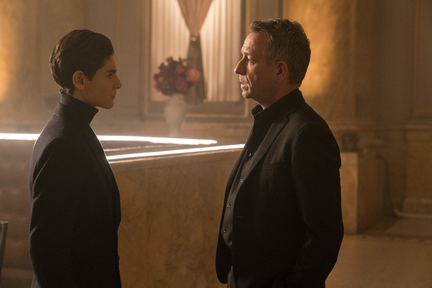 “I know what’s inside of me”

I said it in my last review, I knew that Alfred was going to be hesitant to join Bruce again!  After the nonsense Bruce put him through I would be feeling the same way.  Alfred had to show him tough love, he can’t just accept Bruce back into his life without consequence.  Bruce deserved what he was getting from Selina and Alfred.  The past few episodes he’s been a total prick.  It was nice to see him finally come to the realization that he needed the support around him.  I liked Bruce’s speech during the Fundraiser and I will be the first to admit I got a bit teary eyed when Alfred came in and was watching him.  Also, it was cute Bruce offered to drive him, instead of having a driver take him.  Such a great reunion!  I wonder how the progression of Bruce into Batman will go from here.  Will see see Batman sooner than later?!

Ivy really brought out the best in everyone this episode.  First off, Selina finally getting that whip out and really using it instead of just training with it!  That was pretty cool to see.  Selina really kicked some ass!  Also, that answers my question about the Lazarus Water, which I guess slipped my mind last review.  Now that it is completely gone, well so we think, maybe Ra’s isn’t returning any time soon!  Second, Harvey falling into Ivy’s trap really let him hash out feelings to Jim.  The two really need to sort out their differences and Harvey needs to come back to the GCPD.  Ivy’s concoction showed up that Harvey was angry at Jim for taking his job, which is understandable but Harvey really let himself go.  Being bribed by The Penguin and the insanity that happened with The Pyg.  So much!

I can’t wait for the rest of this season! It’s been incredible so far and I can tell that it’s just going to get even crazier.