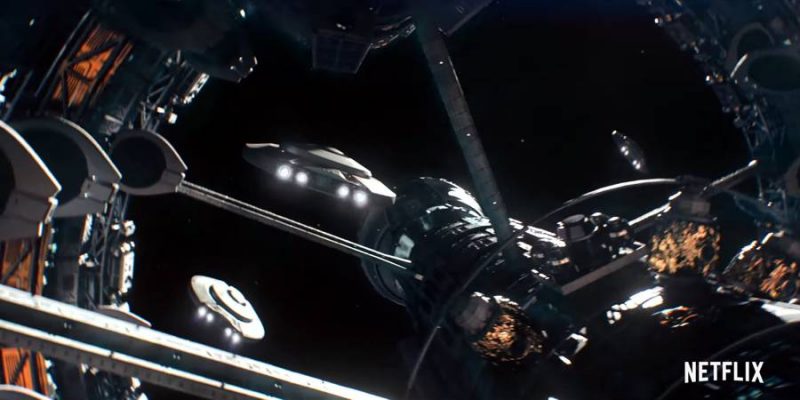 Lost In Space Featurette: The Robinsons Stick Together

This Lost In Space Featurette emphasizes the show’s focus on family. “The Robinsons stick together” is a line uttered by Will Robinson and I think that sums up the show perfectly. All the best science fiction stories focus around a family unit, so this is encouraging. We can all find out on Friday, April 13 when season one drops on Netflix.

One thing has changed – it seems the Robinsons aren’t the only settlers who “made it” to this uncharted world. It’s only mentioned briefly, but it’ll be interesting to see if this will bring more characters into the mix. You know, beyond the usual suspects of Don West and Doctor Smith.

And, of course, the VFX have improved. From what’s shown in this video, Lost In Space has some motion picture quality effects and plenty of them, at least in the first episode.

Again, the heart of the show is summed up best by Max Jenkins (Will Robinson). He says, “It’s a family adventure. It includes spaceships, it includes robots, it is action-packed!” While Showrunner Zack Estrin says, “Lost In Space is an emotional, fun roller-coaster“.  So cozy up with the family for this one and maybe grab some popcorn.  Lost in Space has a big-screen feel to it, but delivered straight to your home or device.

Lost in Space is a Netflix Original dramatic and modern reimagining of the classic 1960’s science fiction series. Set 30 years in the future, colonization in space is now a reality, and the Robinson family is among those tested and selected to make a new life for themselves in a better world. But when the new colonists find themselves abruptly torn off course en route to their new home they must forge new alliances and work together to survive in a dangerous alien environment, lightyears from their original destination.