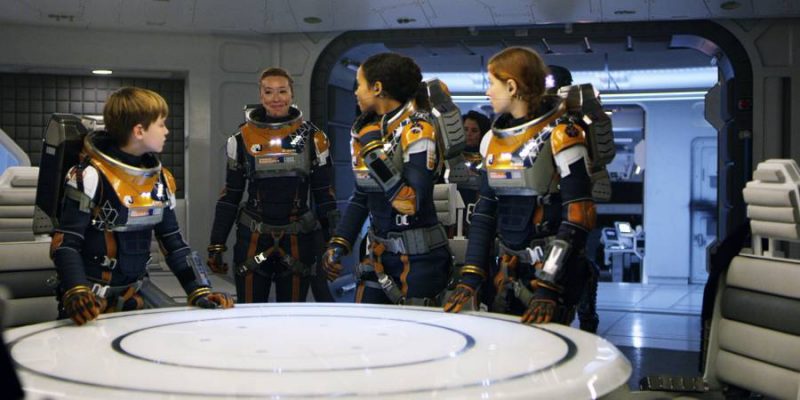 Lost In Space – Fun Facts About Those Suits

Science fiction on TV has matured a lot recently. As a result of this maturation, viewers get a more realistic viewing experience. Gone are the days of foil suits, pointed shoulders, and high collars. No longer will you a see spacesuits that seem like someone’s mom made them from a jumpsuit and a fishbowl. Today, detail and realism are paramount, much of these changes are because today’s viewers demand better.

One of the best examples of just how far costuming for scifi has come is in Netflix’s new Lost In Space. Every outfit worn was thoughtfully designed and crafted to be both realistic and practical. The highlight of these efforts has to be the spacesuits, as seen in the image above. These suits seem to have everything short of an independent oxygen supply.

To get just a small idea of how much time, effort, and money was spent on costumes here’s a “fun facts” sheet from Netflix. After reading these bullet-points you’ll come away with a whole new appreciation for what the Robinsons are wearing.

Many thanks to Netflix for supplying this bullet-point list of facts. After reading this, we appreciate the Costume Department even more.

Check out a video that goes behind the scenes with Lost In Space Featurette: The Robinsons Stick Together

For the original full trailer, check out New Lost in Space Trailer Expands the Universe

If you’d like to see the short date announcement trailer and a gallery of photos from the series, check out our post Get Lost In Space With This Trailer & Photo Gallery

Subscribe to Three If By Space to keep up with all the latest news and posts.  It’s super easy!  Just click on the big, blue “Subscribe” button located in the right panel near the bottom of each post or just Click Here, because it’s here and it’s easy. You like easy, don’t ya?