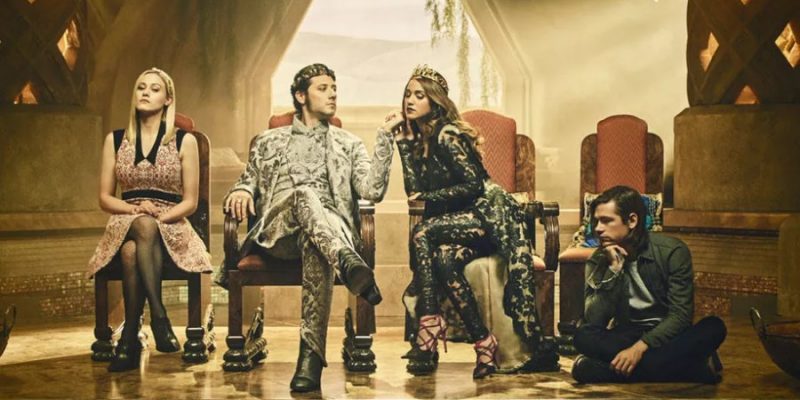 With Season 3 only halfway through, Syfy announced yesterday that The Magicians will continue next year, with a Season 4! The Magicians is one of Syfy’s top performing shows and has been a fan favorite since it’s debut back in 2012. All that we know currently is Season 4 will have 13 episodes and is set to air in 2019. The Magicians is based off the best-selling novels by Les Grossman. The show stars Jason Ralph, Stella Maeve, Olivia Taylor Dudley, Hale Appleman, Arjun Gupta, Summer Bishil, Rick Worthy, Jade Tailor, Trevor Einhorn and Brittany Curran. John McNamara, Sera Gamble, Chris Fisher, Henry Alonso Myers serve as executive producers along with Groundswell Productions’ Michael London and Janice Williams. 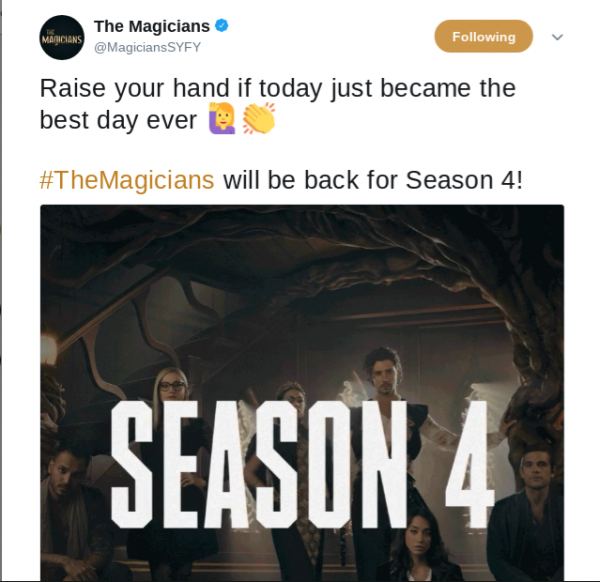 Season 3 has been a marvelous (and dangerous) journey as our favorite Magicians take on an epic quest to bring back magic. This quest has been quite a bumpy road though and I was beginning to wonder if magic would even be back at the end of the season! Luckily, this Season 4 announcement brings a special kind of peace and joy. Whatever is in store for the rest of the season, I know I have more of The Magicians to look forward to next year!