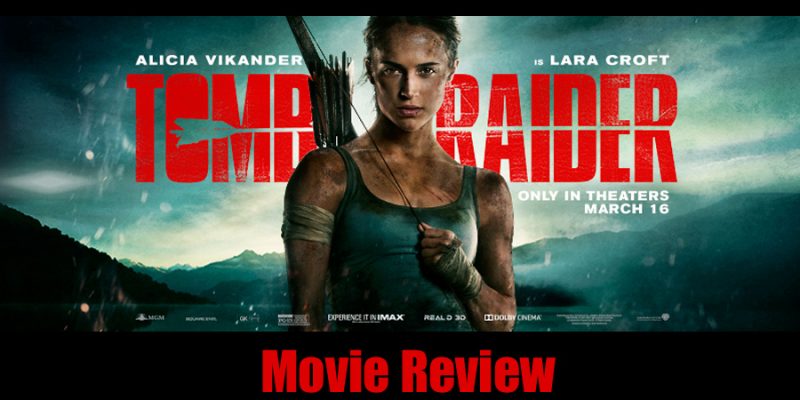 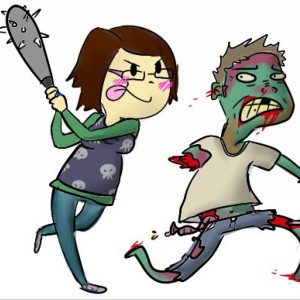 You’re running through a jungle on a deserted island in the Devil’s Triangle, part of the Pacific Ocean off the coast of Japan. You’ve been shipwrecked and are searching for a way to get off this island. You’re doing all of this while discovering the island’s historic mysteries and running from a shadowy group bent on unleashing an ancient evil onto the world. Your name is Lara Croft.

Is this the new Tomb Raider reboot movie or game?

It’s actually both. And that is what makes it so special. In the simplest way, the new Tomb Raider movie captures the essence of the plot straight out of the latest game reboot. In that way you definitely feel like you are watching a video game movie. 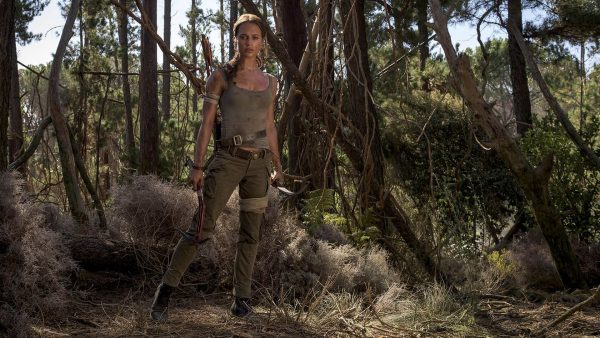 Having played the games, and of course watched the Angelina Jolie movies (they are somewhat of a guilty pleasure), I was eager to take on the new film the minute it came out. After seeing the first images of her new costume, I was instantly smitten. Somehow the amazing costume designer managed to recreate the exact costume from the 2013 reboot. This gave me more hope that this movie might actually work, as the reboot has always felt like a more realistic version of a classic character beloved by millions.

They did a fantastic job capturing the feel of the game, gritty but with a brightness that all Tomb Raider games tend toward. The music sounded like it came right out of the games. Some of the sequences found me frantically whispering “X! X! Hit X! Yes! Nailed It!” cheering on the anonymous player controlling this Hollywood video game. It did what Prince of Persia tried to do, taking movements and actions straight from the games and transplanting them to the big screen. I swear I had flashbacks to some of my more gruesome deaths while playing the game, waiting for those moments to happen during the movie. Thankfully they never came.

Minor Spoilers Ahead! You’ve been warned!

While some basics of the game’s plot were changed for the movie, they did keep the basic setup. Lara’s father originates the expedition to the ancient Japanese kingdom of Yamatai in the movie instead. Lara herself chases after him years later. Her crew was reduced from the seven characters in the game, to one man in the movie. The crazed cultists of the game are transplanted into a global organization that is bent on either world domination or destruction. I’m still not quite sure what their goal is as it is never fully explored. And the magic of the game is changed ever so subtly in the movie, something that I actually appreciate though I know many found it a little disappointing.

Playing Lara Croft should be a difficult thing, taking something that has such a rich and varied history (she has almost as many different origins as The Dark Knight’s Joker) and translating that can alienate fans of any one game. Showing a fully formed character, and a woman in the role of an adventurer, typically a male dominated field, is going to be hotly debated. The inspiration for this movie was the most current game reboot. For the 2013 game, the design for Lara was an athletic woman in her twenties, which Vikander fits perfectly. She did a fantastic job becoming Lara, showing her intelligence, bravery, stubbornness, vulnerability and yes, her athleticism. What she portrayed was a beautiful portrait of a modern woman, something realistic yet still extraordinary enough to be a hero.

Her supporting cast really helped bring the movie together. Dominic West as her father was fantastic and believable. Anything that Daniel Wu touches is practically gold anyway, but he manages to take what could be a flat character and turn it into someone I was rooting for and praying wouldn’t die. Walton Goggins as the villain of the piece was almost as evil as the game version. Even the nameless henchmen were funny, bringing a small bit of humor to the movie’s more serious moments. Watch out for the quick cameo by Nick Frost, in an almost blink and you’ll miss it moment!

Overall though, it was close to the game, very close in fact. So much so, that when a character introduced themselves I instantly knew they were evil and had to physically stop myself from screaming “Don’t trust them, Lara!” in the middle of a crowded theatre. A theatre I am proud to add was about 50% women!

If you are looking for a good movie to see this weekend, I would definitely recommend catching a showing of Tomb Raider. Does it capture the spirit of the games? Yes. Can it stand on its own as a movie? Yes. Does it have action, adventure and heart? Yes. Will it reverse the curse of the video game movie? Probably not yet, but who knows what the future will bring. If the Angelina Jolie movie got a sequel, I think that Vikander’s Lara definitely deserves at least a second one.

Check out the trailer below or find a showing at your local theatre. Tomb Raider released on March 16, 2018 and stars Alicia Vikander, Daniel Wu, Dominic West and Walton Goggins. Rated PG-13 for Action Violence and Some Language.