Adventure, Will Robinson! A Lost In Space First Look

Warning! This post may contain mild spoilers. While considered a spoiler-free review, everyone has a different spoiler threshold. Consider this fair warning before reading any further.

On Friday, April 13 Netflix subscribers will have the chance to see one of the streamer’s best original series yet. The rebooted Lost In Space is a visual feast. The effects rival big-budget films and the scope is far more expansive that most TV series ever aspire to. But this isn’t just eye candy, it’s also a well-written tale about an imperfect family. The Robinsons have each other’s backs even when they’re angry enough to scream. You know, like a real family.

I’ve seen the first half of the season and in those five episodes nothing ever really felt like filler. Each installment brought plenty of adventure and with it the trademark “danger” we’ve come to expect. There are also moments that will make you laugh, and a family you’re sure to identify with at times.

There’s also a cameo by Bill Mumy, the original Will Robinson. When you spot him, pay close attention to his character’s name. I think you’ll enjoy the surprise. 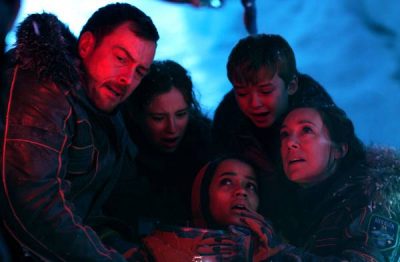 On the surface, Netflix’s Lost In Space seems very different from the original, but shares important DNA with its predecessor. Like the original, this new iteration focuses on a family on their way to colonize Alpha Centauri. It also sets up a relationship between Will Robinson and the Robot, as well as introducing Dr. Smith and Don West. Beyond that and the basic premise of being, well, lost in space, this new incarnation differs significantly.

These new Robinsons have been updated to feel much more like a real family. The kids have their disagreements and rivalries, like real siblings do. Parents John and Maureen have relationship issues, but they’re working through their differences because that’s what real family does. Seeing a pattern yet?

Despite the troubles, they’re united in making the mission a success and their family’s survival always comes first. Most importantly, there is never any doubt that these people love one another unconditionally; that makes them relatable and realistic and immensely enjoyable to watch. 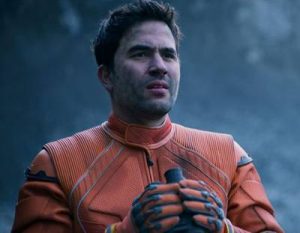 The two outliers, Don West (Ignacio Serricchio) and Dr. Smith (Parker Posey), are a little different from their original counterparts. In this version, Dr. Smith seems more sinister, but isn’t given enough to do in the first five episodes to make her feel more than two-dimensional. The writing isn’t lazy, so I trust there will be more to her as the season hits its second half.

Don West is introduced as a roguish-yet-lovable smuggler who seems like a decent human being at heart. He’s also a funny guy, though his cavalier attitude isn’t always appreciated by some of the Robinson family. I think the audience will love him almost right from the start.

John Robinson (Toby Stephens) is a military man and a real survivor. His dedication to the service of others rivals, and often seems to eclipse, his dedication to his family. In his mind, the two are inseparable. This makes him feel like he bears the weight of the world on his shoulders. He sees his work helping out in a conflict (one that’s not yet well defined) as also helping his family. Wife Maureen feels differently about this.

Maureen Robinson (Molly Parker) is a natural-born leader. Having to raise the family on her own has honed her leadership skills to a razor-sharp edge. She’s also a very intelligent and capable aerospace engineer who seems to be able to fix damned near anything from engines to family squabbles. She’s the leader of the group and everyone knows it.

Judy Robinson (Taylor Russell) is a lot like her mother. Even though she’s only eighteen, she’s the doctor aboard the Jupiter 2 and seems absolutely fearless. Mostly. According to certain siblings, she’s also an over-achiever who casts a huge shadow.

Penny Robinson (Mina Sundwall) is the most typical child in the Robinson family. It’s not stated, but I’m guessing she is about fifteen or sixteen years old. Stuck between the shadow of older sister Judy and the aura of precocious little brother Will, she often feels like the outcast. She’s the sarcastic teen, often delivering some of the funniest lines in the show. She also brings with her a lot of angst as she struggles to find her place in their new life. 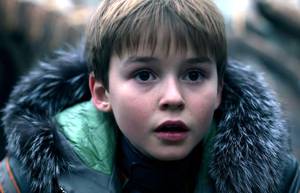 Will Robinson (Max Jenkins) is the youngest member of the family at only eleven years of age. He’s smart, curious, and prone to finding that oft-mentioned danger which usually leads to adventures. He is also unusually empathetic for his age, seeming to have a genuine concern for everyone and everything he encounters. Like the original Will of the 1960s, this empathy is what forges his relationship with the Robot.

The Robot is met with suspicion by the entire family save for Will Robinson, of course. Unsure of his motivations, or if he even has any, the Robinsons are naturally wary of the mechanoid. Their concerns are heightened after discovering their youngest child seems to have formed a bond with him. The robot of the original Lost In Space was also introduced as a somewhat menacing figure in early episodes. It worked well for the original and seems to serve this new version quite perfectly.

The relationship between Will Robinson and the Robot is one of the most iconic elements of Lost In Space. That same element carries through to this new series and delivers the same great result. 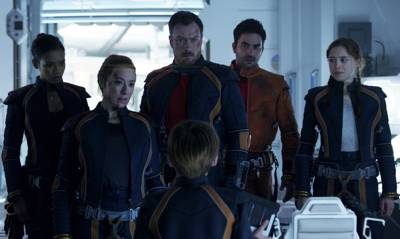 If you’ve seen any promotional materials for Lost In Space you know it’s billed as a family adventure. This is true on two levels: One, it’s about a family having one hell of an adventure. Two, it’s an adventure that is made to be family-friendly without being saccharine or watered down.

This is a show you can watch with everyone and not worry that something inappropriate might pop up. The writers have done a stellar job creating a show for nearly all ages. It reminds me of the best Amblin films, having a sense of wonder and adventure that is both entertaining and uplifting, while at the same time keeping you on the edge of your seat.

All in all, this is an excellent series that fans of the original are sure to love. Both veteran and new viewers will be thoroughly entertained by what is simply good family television. So on April 13 gather everyone together and make a family night of it. I am quite confident you won’t be disappointed. I’m already preparing to lobby for a second season!

The Locke family uncovers more magic within Keyhouse, while a new threat -- the most dangerous one yet -- looms in Matheson with plans ...

END_OF_DOCUMENT_TOKEN_TO_BE_REPLACED

The Sandman I'm not going to sugarcoat this. If you have not watched The Sandman yet, you need to change that. This show is not just f...

END_OF_DOCUMENT_TOKEN_TO_BE_REPLACED

The drops keep on coming at Comic-Con. Revealed today during Netflix's panel on The Sandman, was our first full trailer for the series....

END_OF_DOCUMENT_TOKEN_TO_BE_REPLACED

Netflix has embarked on its most expensive and ambitious film premiere on the platform to date. The Gray Man, based on a book by the sa...

END_OF_DOCUMENT_TOKEN_TO_BE_REPLACED

It feels like it's been an eternity since Stranger Things was on Netflix with a new season and you wouldn't be wrong. Season 3 premiere...

END_OF_DOCUMENT_TOKEN_TO_BE_REPLACED

Ryan Reynolds seems to be able to do no wrong when it comes to picking and creating entertaining movies, whether starring in them or pr...

END_OF_DOCUMENT_TOKEN_TO_BE_REPLACED

Honestly, 2021 films have been a depressing stream of dark themes that are not helping lighten up the mood going into 2022. Don't Look ...

END_OF_DOCUMENT_TOKEN_TO_BE_REPLACED

Arguably, Cowboy Bebop was one of my most anticipated shows of 2021. Since the announcement I was looking forward to the show, but also...

END_OF_DOCUMENT_TOKEN_TO_BE_REPLACED

Netflix's hit series Locke and Key finally returns for its second season this Friday and it's bigger, more mysterious, and scarier than...