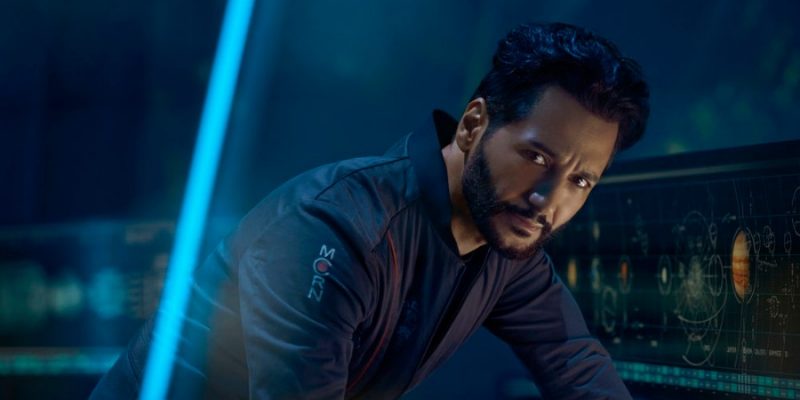 The Expanse returned to Syfy last night with an explosive episode for it’s Season 3 premiere! Just this afternoon I was lucky enough to have a chat with our favorite Martian pilot in the universe – Cas Anvar who portrays Alex Kamal. Cas and I discuss his character Alex, what he is most excited for in Season 3, and a small taste of what fans can expect going into this season! 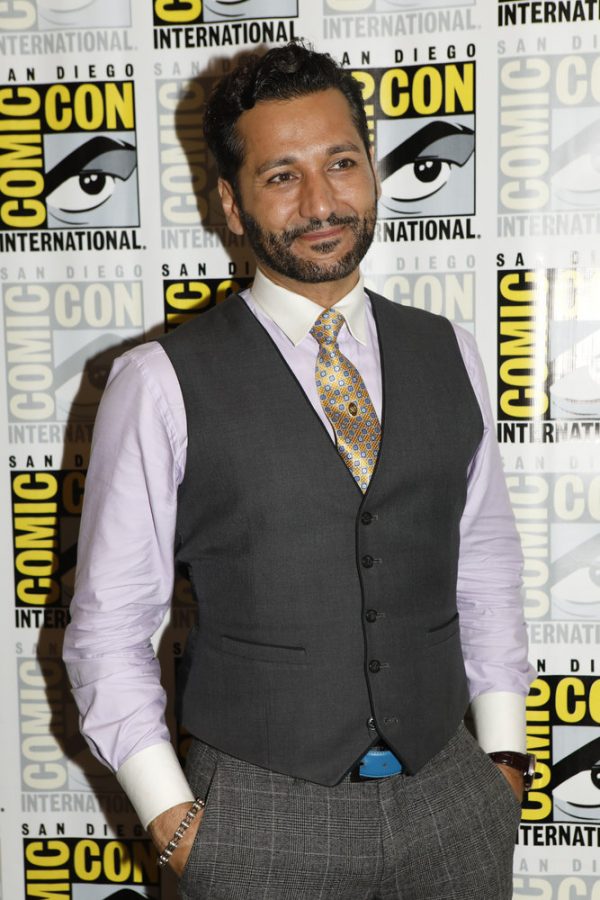 Michelle Harvey (MH): Alex has grown quite a bit in the first 2 seasons of The Expanse, what were your inspirations for his character and development? How much of yourself is found in Alex?

Cas Anvar (CA): Alex has grown a lot, he is one of the least developed out of the books so there was a lot of room for me to dig in there, elbow my way in there and flesh him out myself. Some of the other characters had a lot more screen time in the books, so they had a lot more history and backstory. It was fun trying to create this person’s worldview and his reality, I personally find him and I are very very similar. A lot of the Roci crew actually identify a lot with their characters and I found a lot in him. He’s a bit of an outsider, he’s a loner, he’s been a bit of a misfit his whole life and and he doesn’t really fit in – he uses humor a lot to diffuse situations and all of that is stuff that is very familiar to me and my life.

MH: Season 3 kicked off with a rocking premiere last night! Including some fantastic (and heart-breaking) Alex backstory! Is it safe to say we will see more of that this season for your character?

CA: You’ll definitely get to see more of what makes Alex tick for sure, a little more of where he comes from, absolutely.

MH: How involved will Alex and his crew be in the war between Earth and Mars?

CA: The Roci crew is very non-partisan, we are a mixture of Earthers, Martians, and Belters and we always handle things in kind of a democratic way. That’s how it’s always been done, we vote on things as a group and then the majority rules. We all have our own alliances, we all have our own loyalties, but our primary loyalty is to each other. So when the war breaks out, we’re kind of an independent nation until our hand is forced. We kind of like to stay out of the politics of it.

MH: What has been your favorite Season 3 filming moment thus far and what are you most looking forward to seeing this season?

CA: We get to go all over the place in Season 3, there’s also all kinds of cool new ships and locations. For me some of the fun stuff was getting me out of the pilot seat and into the new locations and new beautiful machines that we encounter on our travels. That was a lot of fun for me. There is a lot that happens as the season goes on, it just escalates. It’s like a runaway locomotive, it just picks up steam and snowballs. Once we get into episodes 10, 11, 12 – that is where there is going to be so much amazing action and suspense. Alex specifically goes through a lot of stuff and I’m looking forward to seeing how all of that plays out.

MH: How will Alex deal with the internal struggle after Naomi’s betrayal when there is already great external stress with the upcoming war?

CA: If there is a war then he has people on Mars that he cares about, so that is going to be scary for him. In terms of the war and how those struggles affects them, I feel like he thinks their team is pretty competent. They have a good ship and they can keep themselves out of harms way. I think he will be more concerned about loved ones in other places.

MH: I love all the Alex-isms and your Southern flair on the show. Will we get to see more fantastic “Alex sayings” in Season 3?

CA: You better believe it!

MH: If you (Cas) had re-named the Tachi, what would you have picked instead of the Rocinante?

MH: How sad are you and Alex now that it had to be re-named last night?

CA: Alex is definitely not happy about something that starts with pinus, or penis whatever the heck it is. {laughs} Hopefully that doesn’t last long!

MH: The Contorta. {laughs} Even “Donkey Balls” might have been a little bit better for him.

MH: Bonus question –  will Alex get to pilot that sexy sexy Razorback this season?

CA: I sure as hell hope so. That is a beautiful piece of equipment and he is definitely going to want to feel the kick in that machine! 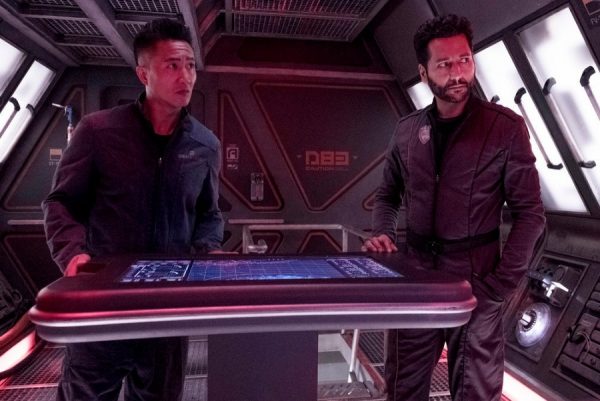 The Expanse airs Wednesday at 9/8c on SYFY

Join in on the conversation! Be sure to watch live each week and use the hashtag #TheExpanse on social media.