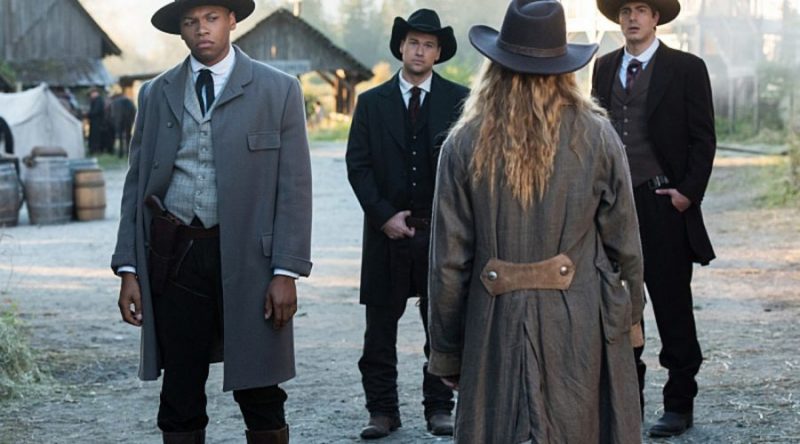 If you want a show that wraps up everything in a nice little bow, while breaking your heart, DC’s Legends of Tomorrow: “The Good, The Bad, and The Cuddly”, is just the finale for you! I cried, I cheered, and I cursed Ray. It was a typical night with Legends, except with a whole lot more craziness!

Rip brought the Legends together and knew that their dysfunction was one of the things that made them great. He took misfits and gave them a family. Did he keep a lot of secrets and burn some bridges? Sure, it was part of his nature. Did he piss the Legends off? Absolutely. Yet, deep down, everyone knew how fond he was of them. And in the end, Rip made the ultimate sacrifice. In order to give them time to get away from Mallus, Rip came up with a plan in which he would die. I couldn’t believe what was happening. Not to mention this was the right in the beginning of the episode! It was insane! Rip is gone and he died looking marvelous in his long, brown coat. 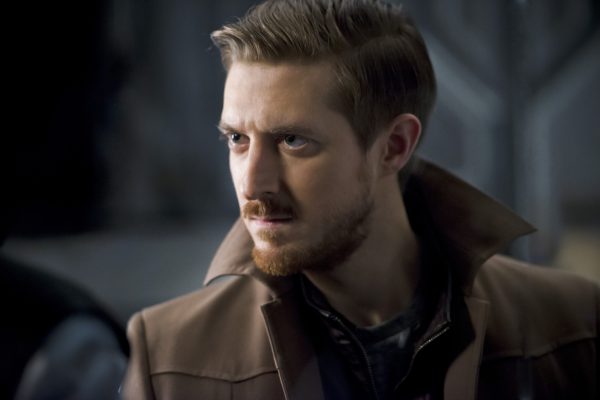 Turns out, everyone is going a little crazy onboard the Waverider. Ray and his dumb plans. At least, he is willing to acknowledge that he has stupid plans. I was screaming at him to stop whatever he was about to do, but no one ever listens to me. Ray takes Damien Darhk back in time, to save Nora. And things get really crazy. Damien makes the biggest sacrifice a father could ever make, for his daughter. He allows Mallus to inhabit his body, which means, Damien will be completely destroyed. I was really impressed. This guy went from pure evil, wanting to release this demon and even allows it to live in his daughter, to regretting that decision and sacrificing himself. Holy crap! What a turn of events.

Ok, I have a couple of favorite parts and we are going to talk about them! First, Sara’s motivational speech was on point. It got their blood pumping and they were excited. Sara took a shot of whiskey and she ended it with, wanting to sneak out the back door. Classic Legends’ speech! I loved it. I can’t get enough of this show. 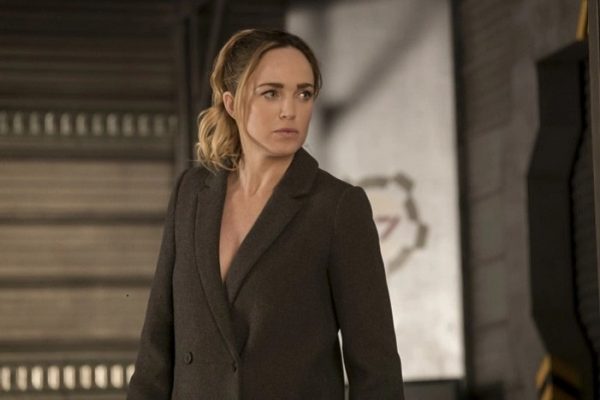 Anyone else notice the sparks flying between Zari and Jonah Hex? I mean,how could you not? Especially, when the Legends linked themselves together, through the totems, and everyone could hear each other’s thoughts! Yes, Zari, it is a little weird that you find him hot, but we’ll let it slide this time. It was really sweet when he gave her his hat, so that she could remember him. AWE!

What’s cute, cuddly, and blue? That’s right folks, when we think of good things, we come up with Beebo! Honestly, an adorable, blue stuffed animal that is fighting a nasty demon is probably the best thing you will ever see. So, the team forms into Beebo and proceeds to kick Mallus’ butt! Within moments they crush him and create one hell of an explosion. Yeehaw!

Not every story has the happy ending that we would like. Even though the Legends have defeated Mallus, DC’s Legends of Tomorrow, wanted to throw one last curveball at us. Amaya has decided it that it is time for her to head back to her time. Nate takes her to her village and has to say goodbye. I was in tears! I was hoping that there would be some way that she was going to be able to stay with Nate and the Legends. Unfortunately, that was not what her destiny held for her. 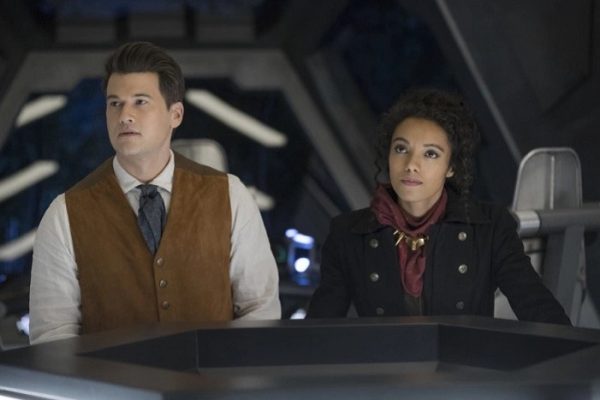 The DC’s Legends of Tomorrow, finale, left us with one more major surprise. While relaxing on the beach, having a few drinks, Gary shows up impersonating Constantine. We have got to give Gary some love. He makes me happy! Gary is not alone, though. Behind him is Constantine, who is carrying the head of what looks like some sort of dragon. Turns out, when the Legends allowed Mallus to be released, he was not the only thing to escape that hell hole. Looks like the Legends, with Constantine and Gary, have their work cut out for them. Bring on Season 4!