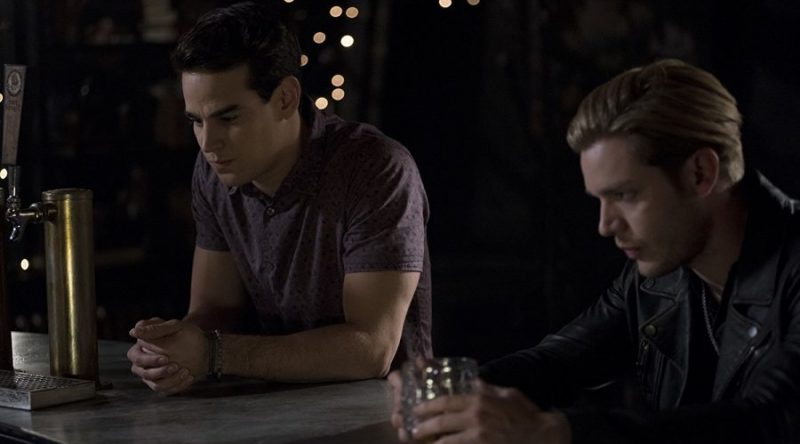 Shadowhunters: The Mortal Instrument has been a favorite of mine from the very beginning. I love the drama and the action. There is much, much more coming our way and it’s going to be fantastic! For now, though, let’s review and get ready for the upcoming episode.

So, we know that Jace is the owl and is being controlled by Lilith. In last week’s episode, ” Thy Soul Instructed”, Lilith made her plans very clear: raise Jonathan back from the dead and then destroy Jace. Things are not boding well for the guy and on top of that, everyone is worried that Jace is losing his mind. Which, in a sense, he is. The only person who is able to break her control is Clary and now that Lilith is aware of this, her next move is to get to Clary.

Simon has also been dealing with some issues of his own. The mark on his forehead protects him from anyone who tries to hurt him, but that has made him some enemies. Luke has no choice, but to have Simon move out of the boat house.Yet, that’s not all Luke is doing. In the end of the episode, we see that Simon’s new roommate knows Luke. Simon may not know what’s going on, but he is bound to find out. I smell trouble brewing. Will Luke’s plan come back to haunt him? When will Simon learn what the mark on his forehead really is?

Poor Izzy, she just can’t seem to catch a break when it comes to men. She may not have been in a relationship with Raphael any more, but she was so sure of who he was. That all changed very quickly when she found out why he was chained on the roof, left to catch fire by the sun. Izzy was devastated to learn that he was experimenting and torturing a vampire. It broke her heart. Instead of turning him in, though, she told him he had to get out-of-town and stay gone. It’ll be interesting to see whether he goes along with this or not. I don’t think this will be the last time we see Raphael.

Side note, let’s not forget we’ve got a crazy vampire on the loose and she is looking for Simon! I feel like that may have been pertinent information that Raphael should have shared, but guess not. Heidi’s on her way and she won’t let anyone get in her way!

This week on an all new Shadowhunters, everyone will be fighting some sort of battle. Clary has been keeping secret about Jace being brought back to life, for too long and it’s eating at her. Looks like she is going to be spilling the beans to Luke. Wonder how he is going to deal with this new information. We also got a glimpse of Magnus allowing Lilith entrance into his place. Can’t he sense her evilness? Say NO, man. Just say no! Who knows what she plans to do in there, but it can’t be good.

Will the Shadowhunters be able to work together in order to stop Lilith? Or, will all the lies and secrets, tear them apart? Jace is losing his mind and so far, no one has any clue as to what is really going on. Lilith is determined to bring Jonathan back and it seems as though the time is drawing nearer. When will we see Jonathan? Will Lilith prevail? There are so many questions that I am dying to know! I can’t wait to see what happens on Tuesday’s episode, “Stronger Than Heaven”.

Tune in, this Tuesday to Freeform at 8/7c, for a brand new Shadowhunters: The Mortal Instruments. Together we will watch as Jace continues to struggle, Clary is hunted down, and Lilith gets closer to bringing Jonathan back. It’s going to be epic!