Everything considered, The Walking Dead “Still Gotta Mean Something” episode was a good one. While it certainly didn’t reach the same level IMHO as last week’s, it built to ‘good’ as the episode progressed. Sticks and guns and helicopters, oh, my!

One reason I saw it as only ‘good’ is that it had me off kilter, especially early on. But let’s start with some of the good stuff first, the questions we had answered.

Yes, we did get satisfying answers to some burning questions. We learned more about some of the characters as well.

Negan (and Lucille) are alive, if not so well. Jadis had them both and she was full of surprises. We had a glimpse into her ordered world within the Heaps.

We now know what_it_is with Morgan, what Dead Gavin then Dead (supposedly, in Morgan’s head) Henry meant when they appeared to him. Morgan was supposed to kill the bad guys, to stop their slaughtering rampages, instead of taking a peaceful path.

No Juvey Walker status for Henry, at least not yet. Seeing his stick in that walker was a great red herring when, literally, he was up the creek. The piece de resistance? Carol shows up as the proverbial paddle. Finding Nemo, I mean Henry, was a satisfying scene. 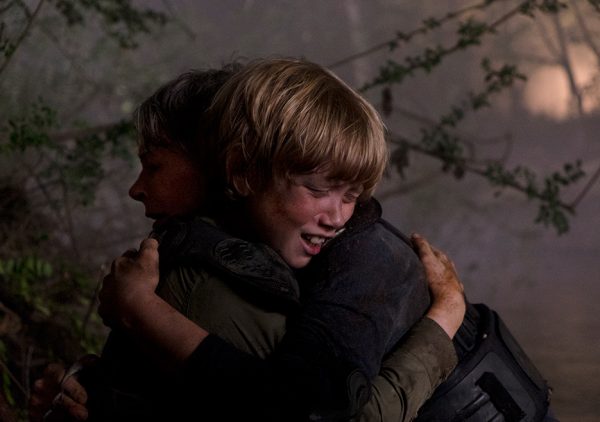 Dwight evidently did have a clean arrow for Tara. It must be love. Nah, forget that theory. It must be remorse over killing Denise. Nope, don’t think that’s it either. I’m with Daryl on this one. Dwight is up to no good, remaining firmly in Negan’s pocket as part of his grand plan.

The Winter of My Discontent

Despite those satisfactory answers, there were things that just didn’t feel right. I kept getting all these ‘ish’ feelings as the episode progressed.

I loved seeing Negan tied up and vulnerable AF, trussed up and marinating in that container, being prepped for a blazing BBQ. Maybe I’m crazy but I was disappointed by this storyline. First, all his ‘people are resources’ BS and his ‘Lucille’ sob story worked on death-faker Jadis and she let him live. Then he returns the favor, even being, dare I say it, sympathetic. It felt like we took a wrong turn and ended up in Disneyland. ‘What the Shit’ is right, so not-Negan-ish. OK, I changed my mind, I really, really like how this one turned out.

Carol has all the skills, holding her own with the lumberjacks of the apocalypse. Were her loyalties really just like those logs – split? I couldn’t believe she didn’t go with Ezekiel to find Henry.  So not-Carol-ish.

Tara and Daryl at odds over Dwight seemed off, too. Is it because Tara’s heart is big-ish enough to forgive and Daryl’s heart is too hardened? She got the big picture, that her sparing Dwight’s life may have saved her own, but you never know if you’ll be caught in a catch-22 sitch by letting a bad guy live. Remember my theory a few paragraphs back? Dwight and Negan are still thick as thieves. Regardless, it’s a fact, Jack, that every action has a consequence.

Rick not manning up to read Carl’s letter to him was disturbing at first. Well, maybe that was a bit Rick-ish, pushing down his feelings. I let that one go. Michonne gets GF of the year here. She gently nudged Rick in the right direction. 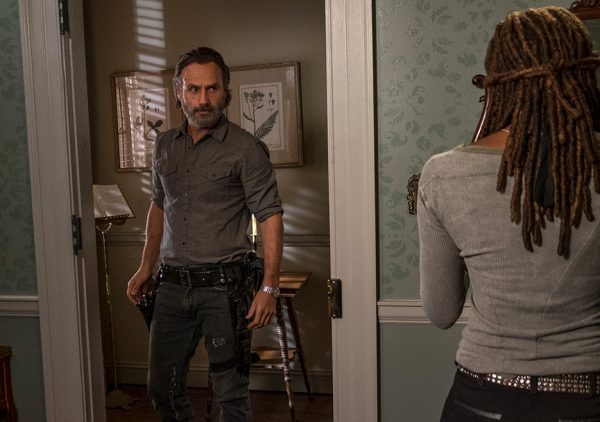 No matter, I fought the ish-feelings and kept watching and didn’t do my usual multi-tasking thing. I’m glad I did, there were some great moments to come.

Morgan, in his own estimation, just isn’t right. Despite being reminded by both Carol and Rick that his purpose was larger than killing the bad guys, he can’t seem to see any other path. It doesn’t seem to matter that he had made the conscious choice to save both Rick and Carol. Now they have his back, trying to help him come to terms with what he thinks he’s supposed to do. (It was a great episode for Morgan fans.)

And because Morgan had saved Carol’s life, she chose to go with him after giving Ezekiel the cold shoulder. Not only did she want to find Henry, she wanted to repay Morgan. So very Carol-ish!

Even though I wasn’t satisfied with the Jadis and Negan outcome, I did love the moment when she took that big ole swing with Lucille, stopping within an inch of Negan’s face. And how about that helicopter? When was the last time we saw one on the show?? I never really liked Jadis before but now I think she has potential.

Morgan and Rick were on the edge in their quest to find the escaped Saviors. I think that’s the reason the Saviors were able to capture them, they weren’t on the top of their game. While it was a great battle scene, especially Jared getting his due face-to-face with Morgan, I would have loved it more if they hadn’t killed the dudes that were on their side. 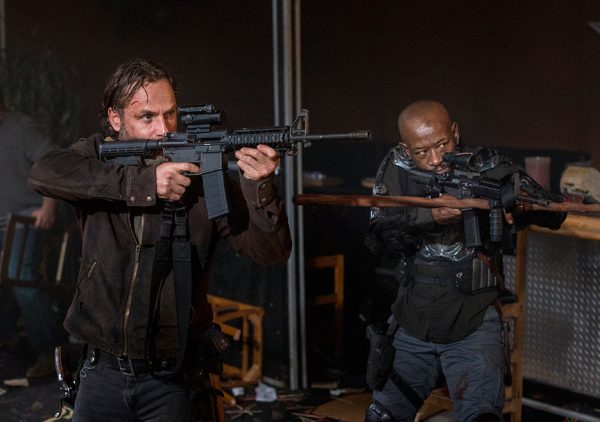 I absolutely loved Rick’s man-in-the-mirror moments, after the fight and standing at the dresser where Carl’s letters were kept. Who thinks they know what was going through his head?

My final favorite moment was Rick finally getting the gumption to read Carl’s letter waiting there in the drawer. Wait, did you see that? A letter to Negan, WTH?! There were at least three more tucked away in that drawer. I will remain in perpetual anticipation until the name on the last letter is revealed.

As usual, I have questions!

In the end, whether you agree or disagree that it was only a good episode, the plot moved forward, amping up toward the finale. I think we have two action-packed episodes on the horizon. Buckle up, it’s gonna be a bumpy ride!

Oh, anyone else have R.E.M’s “Everybody Hurts” lyrics stuck in their brain from Morgan’s new ‘everybody turns’ mantra? You’re welcome.