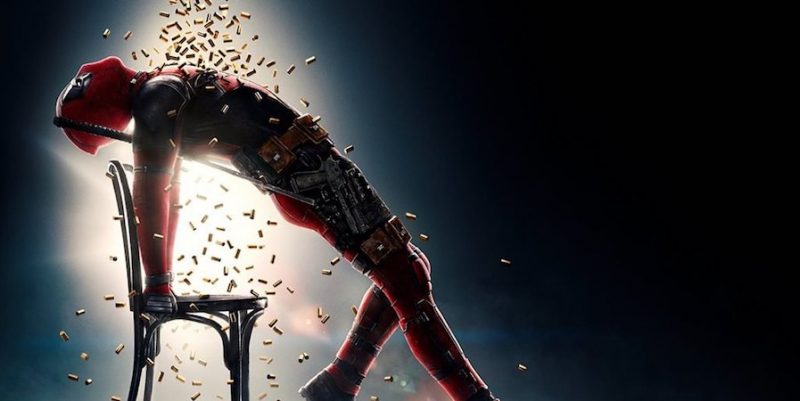 Deadpool 2: It’s Even Better Than the First- A Review

Deadpool 2 pulls out all of the stops.

The hilarious and ridiculous is at it again. The real question though, who didn’t see that coming?  With the amount of love and care Ryan Reynolds put into the first Deadpool no one should have doubted his dedication to the sequel.  It was a definite love letter to the first one, but it added elements that really put it past its predecessor.  There was a lot that I know I missed; the sheer amount of Easter-eggs and references alone makes me want to watch it again.  I also was lucky enough to do the double feature so I got to see Deadpool one and then immediately watch Deadpool 2!  So, as usual there will be spoilers ahead!  FAIR WARNING! 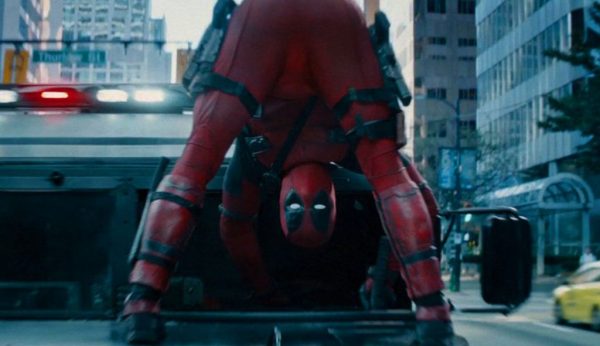 Who could have seen that coming!  That entire beginning was insane!  Dopinder is still funny and they make him even better by making him so blood thirsty.  Deadpool all over the world was great; it was fun to see him hack and slash across the globe!  Our story picks up a bit after we left off.  He and Vanessa (and I almost just typed Lee, the Gotham fan is strong) are in a new apartment and happy as can be, they’re planning on making a baby, d’aww.  Of course, to quote Deadpool himself “Life is like an endless series of train wrecks with only brief, commercial like, breaks of happiness” the happiness can only last so long.

I audibly gasped when the bad guys shot Vanessa.  I did NOT see that coming at all.  There was so much intensity in that moment and I couldn’t believe that they actually killed her.   Thankfully they broke it up with an incredible and funny opening credit scene.  If you’re reading this and haven’t watched it (first, shame on you for not taking my spoiler warning seriously) make sure that you pay attention to the names!  Or if you’re reading this and didn’t notice, go back and pay attention to the names!

Deadpool’s solution to his grief is to kill every single person that had a hand in killing Vanessa, including himself.  Therefore, he blew himself up!  I mean literally, he blew himself to smithereens!  That didn’t work though, he tried to get to Vanessa in the afterlife but couldn’t because he wasn’t ready.  That was a decently sad scene, there are more to come, but it was kind of shocking to see so much heart.  He came back into existence with a plan, to find a family.  Look no further than the X-Men!

Colossus is so funny, he tries so hard to make Deadpool a good guy, but he really can’t.  There’s an amazing joke about not having any other X-Men in the movie, to which they show the entire new X-Men team in a room and Deadpool doesn’t notice!  They start training him as one of their own and end up going to another “Home for Gifted Children”.  This one is a little different, however, because they abuse the children.  The abuse created a monster by the name of “Firefist”, which of course Deadpool can’t get enough of.  Deadpool did try to handle the situation properly, by the book, but that didn’t work!  So he did things the Deadpool way and that totally backfired!  Boom prison for Deadpool! 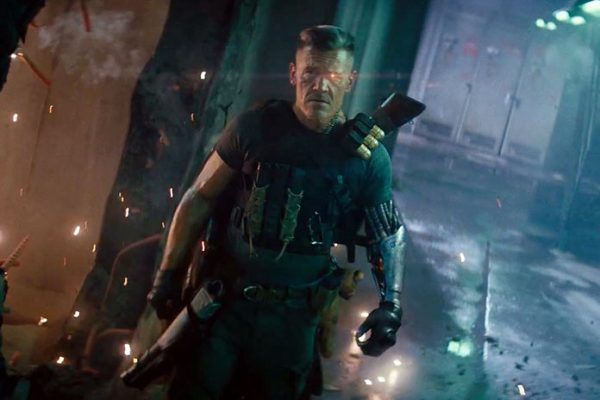 This Firefist kid, or Russell, really wants a friend and tried to make Deadpool that friend.  Of course, he had absolutely no desire to be that guy.   So, instead Russell decides to pretend the biggest guy in the place is his best friend, but we’ll get to that later.  BOOM here comes Cable!  Cable was freaking awesome.  Also, amazing cameo by Alan Tudyk and apparently Matt Damon! They really introduced him so well without making his back story long and drawn out.  He was a badass and watching him fight Deadpool was really cool!  After Deadpool escaped, Russell went to the biggest guy and surprise, it’s Juggernaut!  He’s such a crazy bad guy, the whole intro to him was awesome. 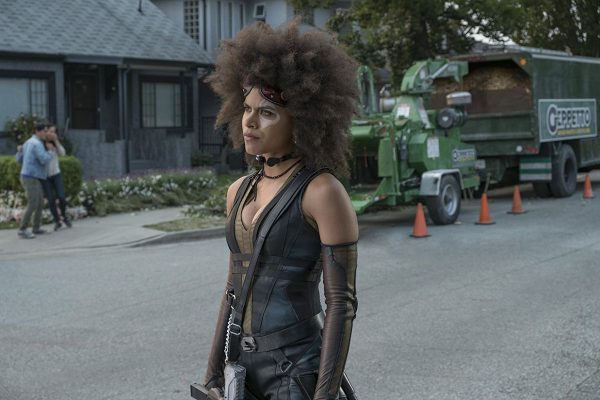 In order to save Russell from Cable’s death wish Deadpool decides to get a team together.  After an awesome montage of meeting all of your new X-Force we finally get to see them in action.  NOT! Yikes.  Everyone got a pretty rough death on that one.  It was pretty hilarious that Brad Pitt made an appearance though!  Peter was pretty great too, I liked the whole ad thing they did for him leading up to it and the fact he even has a Twitter is great!  Now, Domino.  What a badass!  I love Zazie Beetz, she’s amazing.  She is a really fun character to add into the mix and she definitely can go far in the future.  Hell, I’m thinking even a stand alone movie!  After the X-Force gets their asses whooped and Deadpool gets ripped in half by Juggernaut they collect at Blind Al’s home.  There’s some hilarious banter about Wade’s regrowing legs in there too.  I was worried that they were going to beat a dead horse with that joke but they definitely figured out a way to bring fresh light to it.  Cable arrives and decides to team up with Wade and Domino, of course Dopinder too! 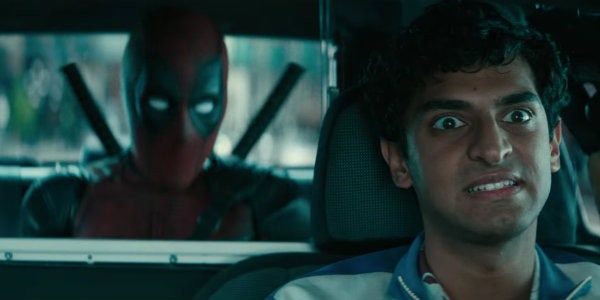 Deadpool decides he needs even more firepower and goes to make up with Colossus!  The big finale has a bunch of intense and memorable scenes.  There’s another nod to the first movie when Deadpool gets a fence stabbed through his brain and a bunch of weird stuff pops up in his brain, but again there wasn’t anything wrong with it!  After Russell scorches Deadpool his costume looks very reminiscent of his variant costume in the comics!  It’s cool.  Despite Deadpool telling him not to, Cable shoots Russell and Deadpool jumps in front of the bullet with the collar that takes his power away on.  So without his healing powers the bullet can actually kill him.  Which is what he’s wanted the whole time!  There’s a crazy heart wrenching moment which actually got more serious than I expected.  Tears were shed!  It left open room for a third, that’s for sure!

I really like the second Deadpool, so much so I liked it better than the first.  I think they did a great job of not making it Fan Service-y or too similar to the first.  There were a lot of nods to number one, but it balanced the line of repetition and didn’t fall to either side!  The music was fun, the cameos and jokes were amazing, and I really liked the story line.  There was a lot of shock and emotion and they drove the story forward with it.  I am interested to see if they decide to make a third one.  With Cable staying in the present time they have a lot of options!  I wonder if they’ll ever introduce Death.  We’ll see!