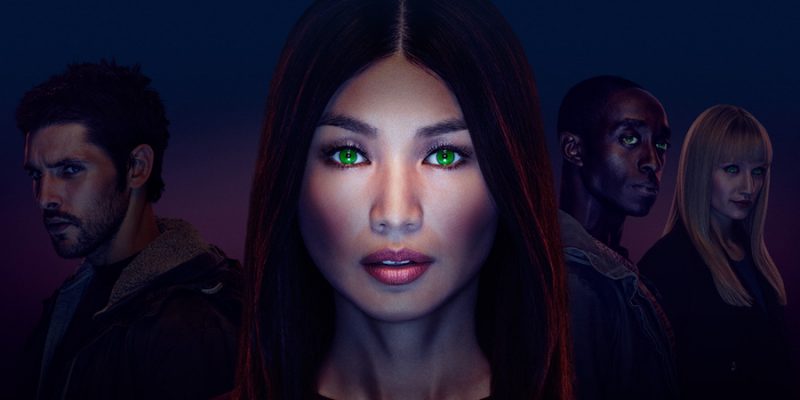 If you haven’t watched the first two seasons of BAFTA-nominated sci-fi TV series Humans, you’re missing out! Imagine a slightly skewed present, set in the UK, filled with helpful and seriously human-like robotic ‘Synths’ – the “in” appliance. Nothing could go wrong here, right?

Humans is based on Sweden’s Lars Lundstrom’s award-winning drama Real Humans. The first two seasons have been gripping TV and Season 3 promises to be a thrilling coaster ride as the lines between real Humans and the Synths have definitely been crossed. To quote the unusually understated Max in this Season 3 trailer, “There’s conflict coming.”

Intrigued yet? Maybe ready to binge before June 5? Here’s another tease of what you’ll see.

Artificial Intelligence (AI) Synths like Mia, a new “member” of the slightly stressed Hawkins family (Laura, Joe, Mattie, Toby and Sophie), are accepted as integral “members” of society. Yeah, lots of conflict arises there, chiefly my favorite type – ethical. As the series progresses, we’re introduced to a “family” of Synths with, shall we say, enhanced programming.

With “smart” technology research at the forefront, it’s not outside the realm of possibility that someone reading this post could one day own an appliance similar to the Synths of Humans. For that reason alone, Humans is riveting TV, but there’s so much more.

Humans has an engaging plot, even for non-SciFi fans. Wonderful actors were selected to portray the compelling characters. There are secrets, lies, revenge and even a few deadly sins like pride, lust, envy and wrath; and that’s just the Synths! 😊

Ready now to delve into this binge-worthy series so you’re caught up June 5? There are several options.

You can take the leap and buy Seasons 1 and 2. My favorite source is Amazon.

They’re also available to stream and download. Look for them on iTunes, Google Play, Xbox and Amazon Prime.

I think you’ll find it great sci-fi viewing, both intriguing and thought-provoking. Enjoy!