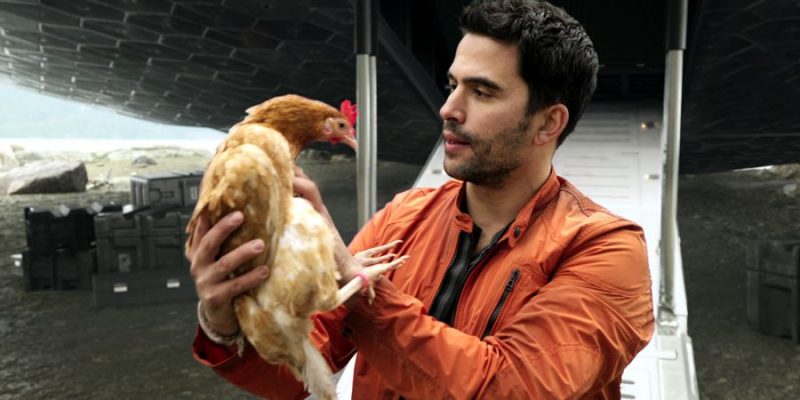 It’s been a pretty brutal week for fans of science fiction television. The cancellation axe has either fallen on or is threatening to cleave some of our favorite shows from existence. As Montgomery Scott might say, “We canna take much more!”

Netflix has mercifully delivered us from the scifi slaughterhouse by giving Lost In Space a second season. We don’t know about you, but we really needed some good news about now. Thankfully, this is salve for at least some of the wounds caused by all the recent, rampant cancellations.

Earlier today, the streamer made the announcement via Twitter. It was simple and to the point, but that’s all we needed to celebrate. Do you guys think the Chicken Dance would be an appropriate celebratory activity? It’s Debbie’s favorite.

Anyway, so you don’t think we’re big-assed liars, here’s the official tweet from the official Lost In Space Twitter account officially renewing the show. Can’t get much more official than that.

While the renewal was a relief, it’s not surprising. Reportedly, at least by the Nielsen company, something like 6.3 million people watched Lost In Space in the first three days of release. Of those, I believe 1.2 million watched the finale by the third day! That implies over a million people binged the entire season in three days or less – A pretty sure sign you’ve got a hit on your hands.

No date has been given for the season two premiere, but it’s way too early for that. We urge you to remain patient and keep checking back for updates.

Meanwhile, here are more Lost In Space resources to check out: