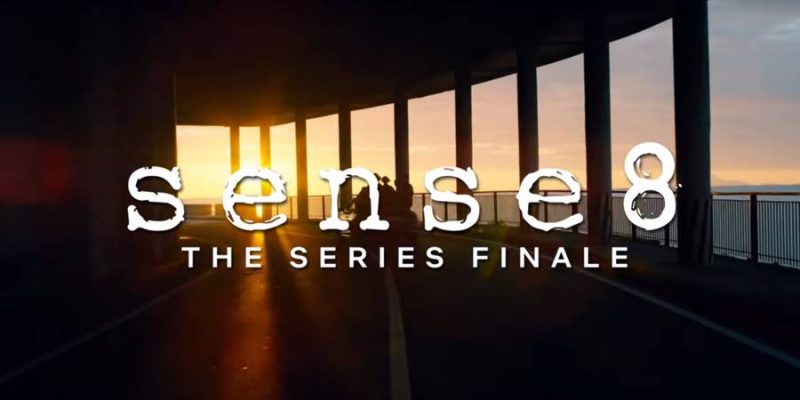 Say Goodbye to Sense8 with the Series Finale Trailer

On Friday, June 8 Sense8 fans will experience something most viewers never get from a series: Closure. If you’re a fan, you already know the series that redefined togetherness was canceled by Netflix after just two seasons. What makes this different, however, is the streamer has granted fans the dignity of a series finale.

I can’t count how many television shows I’ve grown to love over the years only to have them unceremoniously ripped from the airwaves mid-story. Television is a business, but when we viewers remain faithful fans of a show for years, it would be nice to have an ending. Any ending.

We should all thank Netflix for giving us this wonderful gift as a way to soothe the wounds of cancellation. No, we’re not happy the show isn’t getting a full season, but if it has to go at least it can go out on its own terms. I think Netflix deserves some love for this parting gift they most certainly didn’t have to give.

So before the premiere of the very last minutes of Sense8 we may ever see, please take a couple of minutes and watch the trailer for the finale. I think you’ll feel both joy and sorrow at the same time. I know I did.

Personal lives are pushed aside as the cluster, their sidekicks, and some unexpected allies band together for a rescue mission and BPO take-down in order to protect the future of all Sensates. The highly-anticipated conclusion to the saga of the Sense8 cluster will be revealed when the series finale launches globally on June 8, only on Netflix.

The Sense8 series finale will be released by Netflix on Friday, June 8