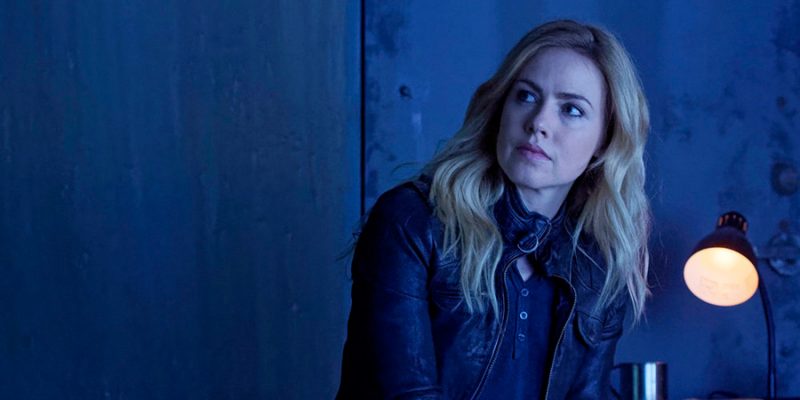 Where the first episode back relentlessly fed us plot point after plot point, the second gives us a moment to catch our breath. Recalling the pilot episode, this episode fills in some of the behind-the-scenes stuff happening around our heroes’ younger selves. We get to see a longer version of Ramse and Cole locating Cassie’s corpse and paradoxical watch. When they return, we see that current-Cole has brought Cassie and Jones along on another scouting trip. Seeing is believing, and Jones quickly comes up with a reason for the unintended time travel. The system defaulted to the first day it went successfully active. OK. Sure, Jones. You’re dying, so we’ll give that one to you. No more freebies though.

Who’s Got The Plan

From the first discussion, we can see not every member of the party agrees on how to proceed. For Cassie, she’s focused on exacting revenge on the woman that killed her son. She comes up with a Terminator-esque plot to use the original Splinter device to find Olivia on the day of an arrest in the 70’s. It’s the only day in which they can be sure of a time and place in which to find her. It’s as solid a plan as Jones’ original plan to kill Leland Frost, at any rate. Cassie definitely holds a lot of resentment toward Jones and it seeps out in this scene. Maybe more like pours out would be a better explanation.

Inside Raritan Labs, AKA Splinter HQ, every member of the now-team runs into some version of their past selves. While Cole gets wistful when Ramse reminds us of why we originally liked him, Cassie sees herself on a TV. That scene, in Cassie’s life, has not happened yet. Remember, she joined the team before the epidemic had gotten dire. The video Cole used to fire himself up for his first Splinter was made well after the point of no return had been reached. That makes the moment when TV Cassie looks at the camera and says, “A circle, a loop, is just a second chance,” pretty freaking eerie. Since that’s what we’re living through, right now. Jones on the other hand takes a more direct route.

Paradoxes? Meaningless to Jones as she strolls into her former-self’s quarters. Ramse’s conversation about the tethers reminded her that she had no idea how she got them working. It struck her that future Jones (the now-Jones) must have told her. They chat. It was fun to see the old, surly Jones compared to the new, battered and wiser Jones. Then-Jones inspires Now-Jones to find what she’s looking for and Now-Jones just spills the beans on how to get the tethers working. Once she takes notes, Then-Jones combines alcohol and narcotics to induce a brief amnesia. Paradox avoided. 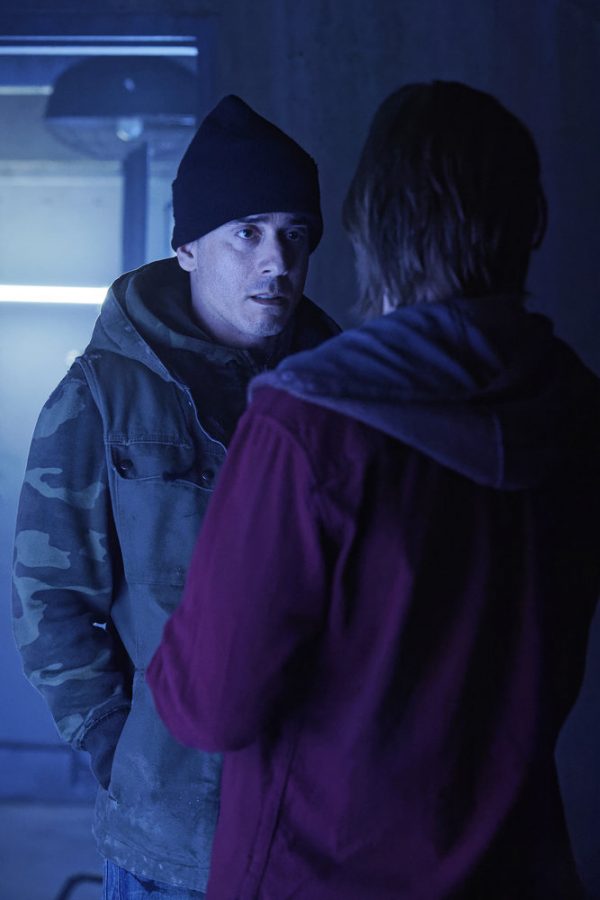 When everybody reconvenes, Cassie find the plan has changed on her. She wants to go after Olivia with everything they can muster. Cole and Jones have changed their mind though and believe recovering Jennifer is the best path forward. Although she begs him and heartbreakingly recalls Cole’s own, “This was always a one way trip,” Cole lets her go chase Olivia alone. Having spoken to Amanda Schull about it, she told me she believes only the strongest kind of love would have allowed them to separate, to follow what they believe. So, don’t worry. We’ll see Col-ifer reunite. I’m pretty sure. Meanwhile, Jones and Cole rebuild their mother and surrogate son relationship to finish what they started.

Together, their plan to steal one of the machine’s power cells goes off without a hitch. The moment she shares with Whitley was just short of tear inducing, but mostly because I’m a stoic robot. The stuff between Ramse and Cole didn’t register as high on the emo-scale, due to my own hang-ups concerning Ramse’s continued betrayal.

Another new player joins the field this episode and we see yet another Game of Thrones actor guest starring. Conleth Hill stars as interpol officer Bonham, hot on Jennifer’s heels. He shows up at the museum where the stolen Ouroboros recently lived and meets the local detective with the best line of the episode. His description of the Ouroboros as the “ass-eating snake” underlined just how far removed normal folk find themselves in the overall narrative. To some, it’s the key to something important that was prophesied long ago. To others, it’s a reptile with a taste for its own ass. Does Bonham have another interest in the ouroboros beyond that of normal law enforcement?

Jennifer’s Sydney Bristow persona left the picture in a welcome advance of the plot. The scenes with Jennifer in which she can’t turn her Primary powers back on suggested that the effort it took her mind to keep up the projection of herself kept her powerless in other ways. The persona somehow knew the only way to return her powers and her confidence was to die. Or re-merge into the central Jennifer.

Could you imagine if we had to wait a week to find out what happens she falls in front of that train? Good thing we don’t! Jennifer said she’s, “not alone.” Let’s keep going and find out.