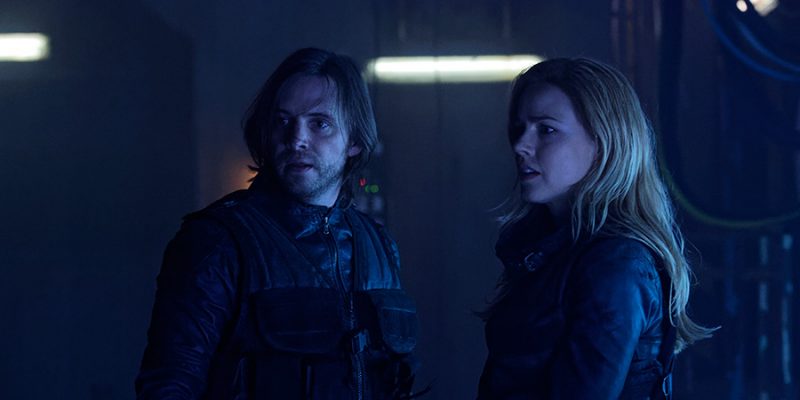 Who’s Ready for the final season of 12 Monkeys!?! It feels like just yesterday I was standing up the 12 Monkeys panel at San Diego Comic-con and asking Alisen Down how she pulled off her amazing Jennifer Goines impression… But actually that was almost a year ago now. That means only one thing now: 12 Monkeys will soon return and we will finally learn if all the pain, all the loss, all the death has amounted to anything. I can’t wait to find out. But, wait. Where are we again? You’ve come to the right place. Let’s review with a Season 4 Character Catch-up and all get excited together. 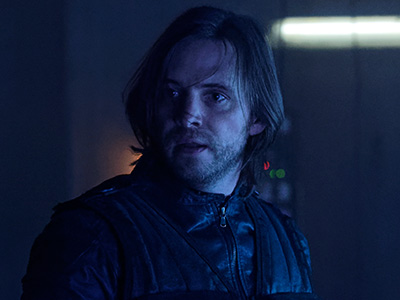 What Was: Together with Cassie, Cole went to war with Team Splinter. Cole fulfilled three seasons of dramatic irony by siding with his son, Athan, when given the chance. If you recall, he’d spent quite a bit of time and effort condemning Ramse for the same thing. Live and learn. (All leap, no look?) When last we saw Cole, he’d escaped Titan with Cassie and Dr. Jones with the assistance of Hannah and Deacon back to Splinter HQ. Just in time for Titan to arrive.

What’s To Be?: First, bygones will have to be regarded as bygones, especially with Titan manifesting in their backyard. Let’s assume most everybody survives and escapes. Then what? Among the mysteries to solve this season, don’t forget the big one mentioned in season 3’s closing moments: Who is Cole’s mother? Is she why he’s “special”? Will she be a character we’ve already met, or someone new for the final season? Showrunner Terry Matalas eased fans’ minds when he clarified that it’s not Jennifer (phew). And since this isn’t Game of Thrones, it’s probably not Cassie (double phew). I’m starting to look at… Olivia? Cole might have had Messenger DNA the whole time?!? 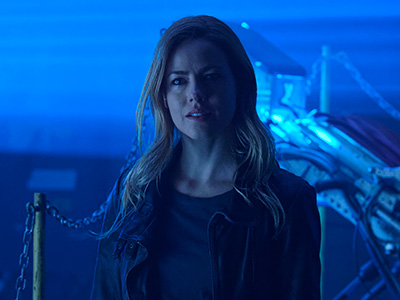 What Was: When last seen, she had splintered back to Splinter HQ and had begun to render aid to the fallen Dr. Jones. Just like, Cole, she chose Athan over Team Splinter and even threatened Hannah at gunpoint in the finale.

What’s To Be: Athan, her largest personal stake in the series died at Olivia’s hand. Her relationship with Cole became a motivator for her last season, but it all centered around Athan. Can their bond remain strong? AND – If Dr. Jones goes down permanently, Cassie is the next smartest person in the room. Does she lead Team Splinter in that case? 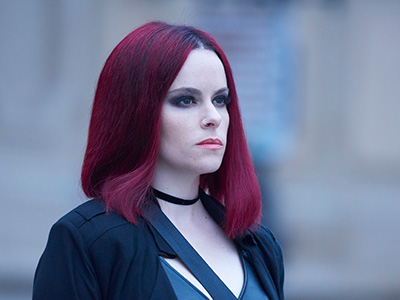 What Was: Toward the end of last season, she arranged to be splintered to modern day London. From that location, she recovered a recently shot Athan and nursed him back to health. Along the way, she learned more about being Primary and expanded those powers. No details given on if their relationship got romantic. (This reviewer likes to think it did.)

What’s To Be: She’s the most powerful Primary still on the board. She’s also in modern day London, just around the time of the plague. How does Jennifer get back to Team Splinter? What’s her role in the larger plot now, given her Ultimate Primary status? 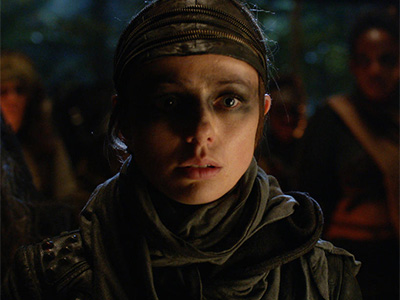 What Was: In the season finale, Hannah assisted her mother in the raid on the Cole Farmhouse. After Dr. Jones’ unsuccessful attempt on Athan’s life and with the Army of the 12 Monkeys closing in, Dr. Jones used one of those handy “splinter back home” injectors on Hannah. This would put her at Splinter HQ after Olivia’s escape and able to scoop up Deacon for a last second rescue attempt.

What’s To Be: Her mom might die, right in front of her. Many of the Daughters have died within the last few minutes. She might go very emo for a while. But, if Dr. Jones dies, will Hannah flip sides and take the remaining daughters away to become an independent group again? Or does this long lost daughter have a larger role to play yet? 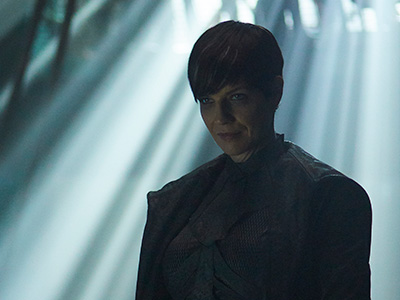 What Was: Her name ain’t Olivia. It’s The Witness, if you’re nasty. At the end of last season, she killed a LOT of people during a carefully orchestrated escape from Splinter HQ. She also beat up Deacon and stabbed Dr. Jones for good measure. Finally, she killed the Pallid Man and has full control of Titan and the Army of the 12 Monkeys. Her final conversation with Athan dropped a narrative bomb on us last year: This has ALWAYS been about her.

What’s To Be: For one thing, she’s got a lot of mischief to tend to. All that creepy stuff we saw the masked Witness do in past seasons has to be done. Plus, whether the Witness was Athan or Olivia, the goal has always been to stop time. Just how is she going to do that? Is stopping time still her goal? Does Titan have a swimming pool? 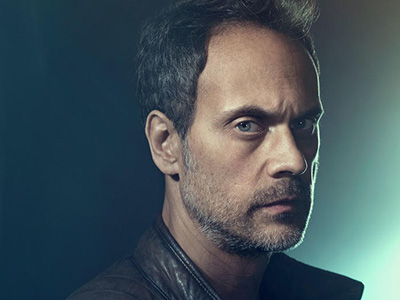 What Was: Deacon went through a lot last season. Toward the end of the season he sided with Jones when Cole and Cassie chose the welfare of their son over the whole time travel project. Although Olivia had beaten him and left him on the floor of Team Splinter HQ, Hannah scooped him up with a handful of homing splinter injectors and went to rescue Dr. Jones.

What’s To Be: You can never count this guy out. He’s been beaten, he’s felt betrayed, but when they needed him, he came and handed over the homing injectors. Can he move forward without holding the events of last season against Cole and Cassie? If they escape the uninvited Titan assault, will Deacon stick with Team Splinter, or move on? How will his devotion to Jennifer play into this season’s events? 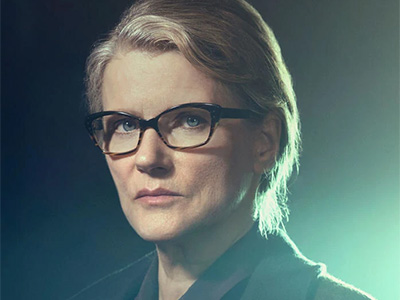 What Was: Stabbed and more figuratively “beaten” by Olivia than Deacon, we last saw Dr. Jones laying on the floor of Splinter HQ with Dr. Railly coming to her aid. Will Jones survive? Cassie has little in the way of medical tools to stitch up Jones’ guts and even less time with Titan suddenly appearing.

What’s To Be: Since Cole can splinter without a device, is Jones’ place in the story coming to an end? When characters in thrillers outlive their intended uses, the storytellers often kill them off for dramatic effect. Will Jones fall to the writers’ axe or does she still have more story to tell?

Dead at Olivia’s hand after causing a very heroic distraction that allowed his parents to escape Titan. Dead isn’t always permanent in 12 Monkeys, but in this case, I think it is.

Also dead at Olivia’s hand. She was -really- on a roll in the Season 3 finale, wasn’t she? Just because he’s dead “now” doesn’t make him ineligible to cause trouble in the various timelines Team Splinter may find themselves in this season though.

We all know he dies at the Berlin wall, but he’s also in the season teaser. That means, we’ll get to see the show’s version of a real American hero, one last time. I always liked Gale, so I look forward to it.

I can’t be certain, but Olivia blows away one of the Splinter technical staff as she makes her exit behind her Deacon-shield in the finale. I think that was Dr. Adler.

Check back in two weeks for our review of the first night of the final season of 12 Monkeys!