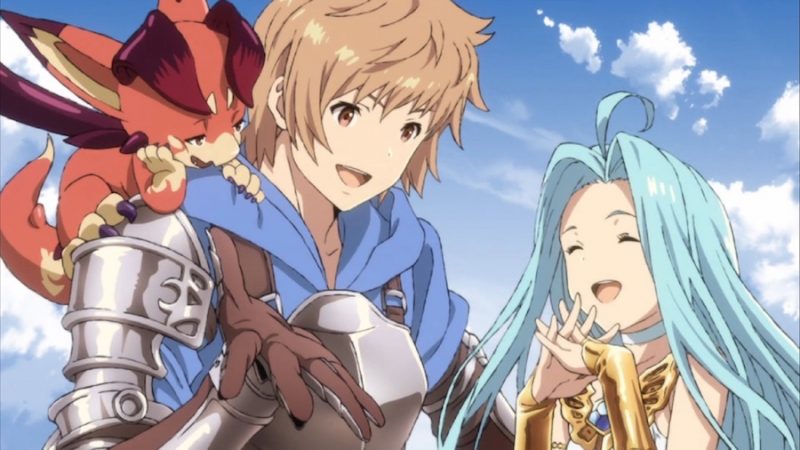 Based on Cygames’ epic fantasy mobile RPG that has amassed a following of over 14 million players, GRANBLUE FANTASY The Animation brings all the fun to your TV! Watch as all your favorite characters adventure together into the blue, and beyond. Gran and Vyrn live on the sleepy, far-flung island of Zinkenstill. Their quiet lives are rocked by the sound of a sudden explosion and the sight of a battleship in the sky. They follow a light that falls from the battleship into the forbidden woods, where they encounter a mysterious girl.

Granblue Fantasy hits the ground running pretty quick. So you better be paying close attention in the first episode or you will find yourself lost. Gran and Vyrn get themselves entangled in a much larger plot then either of them bargained for. The empire is experimenting with ancient creatures (Gods) that lie dormant within the islands. While protecting Lyria at the start of the series Gran gets himself killed. He however comes back with the help of Lyria’s power but they are now bound together in life and death. 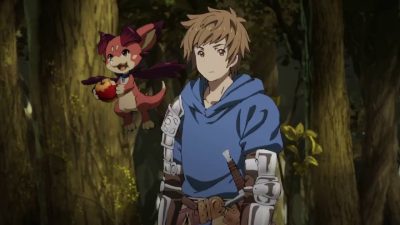 Gran dreamed of going on adventures so telling him he had to leave his quiet life and go with them on this adventure didn’t take much convincing. His father had left him a note when he was younger. He was waiting for Gran on the Island Of the Astrals. This was a place that few thought actually existed. However, as they go on their adventures and protect the beasts the empire is taking control of, they find that may not be the case.

As they slowly unravel the path before them they begin to collect crystals from the primal beasts. Each of these reveals a location from an ancient sky map that will lead them to the Island Of the Astrals. This is the point where it is clear the story is based on a video game. Volume one covers 7 episodes which takes us through the collection of 2 of these fragments. Season 1 has 12 episodes total, plus 2 extra. A second season was also announced for the series.

The formula for Granblue Fantasy is pretty straight forward for a fantasy series. Its fun and full of comedic relief and action sequences. The animation was not as consistent as I have come to expect from a studio like A-1 Pictures but it is still visually colorful and unique. The character and world building is fast paced and somewhat implied. By that I mean you are expected to piece things together versus having hit spoon fed to you. I am okay with that. Sometimes its nice to have a series that makes you think a little. But fear not, this isn’t a heavy intellectual series that requires several rewatches.

You can pickup your copy over at RightStufAnime.com and stream it over at Crunchyroll.com 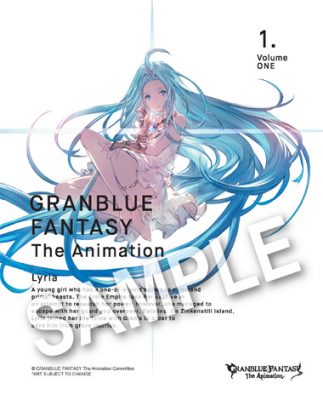