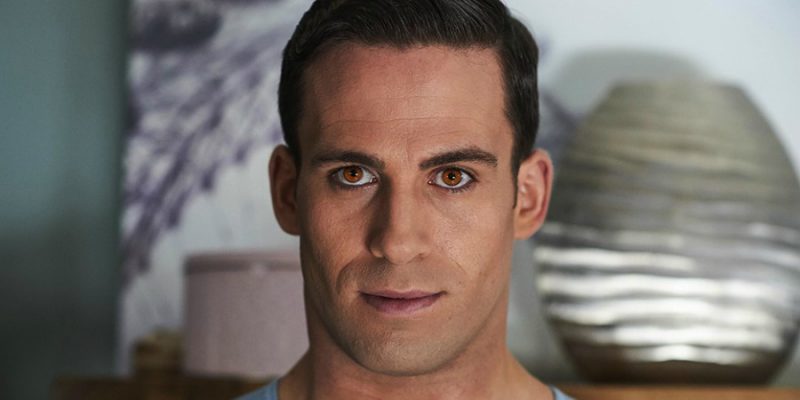 Yes, Stanley’s foisted upon dolly-ally Laura (Katherine Parkinson) who only accepts his temporary presence because it is a condition of her formal service as a Synth advocate on the Dryden Commission, a cruel Catch-22 for our heroine. While she may have been reluctant to accept Stanley’s services, she nonetheless appreciates his abilities when he comes to the aid of her and her family. Super hero Stanley has serious skills. Wouldn’t it be fantastic if Stanley can somehow help Laura get rights for the Green Eyes?! 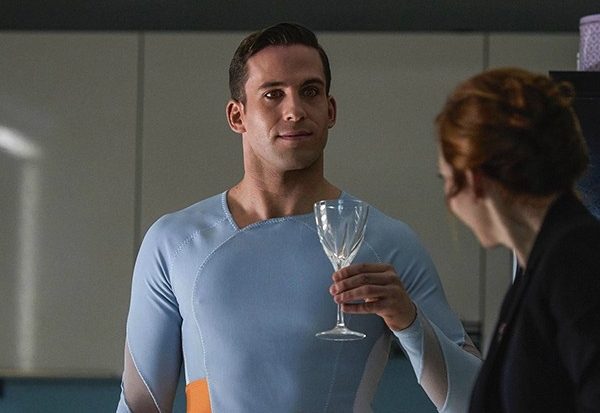 Despite Green Eye leader Max’s (Ivanno Jeremiah) desire for peace shared by most now-sentient Synths, Laura’s Dryden Commission service may be the only hope for the Green-Eyes. However, the invitation to the Commission table suspiciously seems a mere formality. Will her single and singular voice in what is now essentially a man vs. machine battle make a difference? 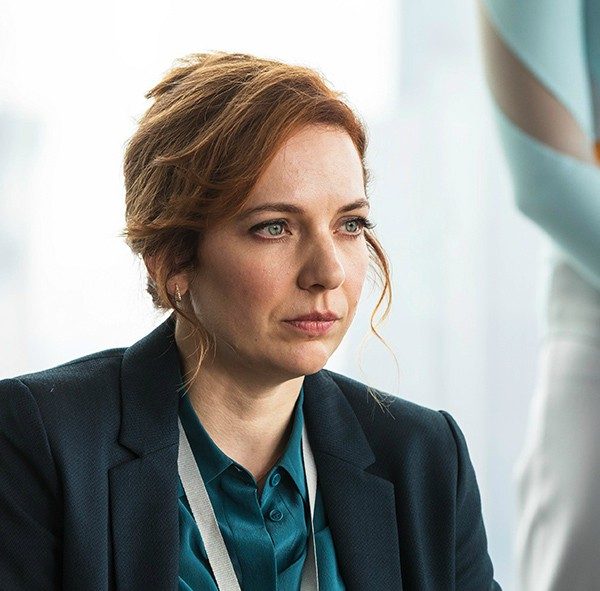 Cue Mark Bonnar’s Dr. Neil Sommer, a Dryden Commission member and another adorable new character.  He and Laura met as she arrived for her first Commission meeting, in a toilet meet cute no less. 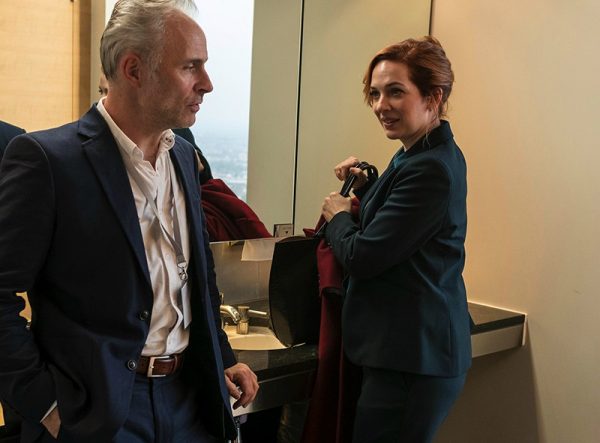 Is it me or was there a spark there that had nothing to do with their respective views about Synths? Fair warning, Dr. Neil, don’t you dare break our Laura’s heart. You obviously know more than you’re saying and she’s fighting a losing battle, her family is fractured and she’s between a rock and a hard place. Laura definitely needs her own ally and I think you two could do great things on the Dryden Commission!

Both the Laura-Stanley and Laura-Neil storylines will be very entertaining. So much potential.

Meanwhile, the other big news played out – Leo (Colin Morgan) is back. He miraculously emerged from his coma after Niska (Emily Berrington) jammed a syringe of epinephrine in his chest. Thank goodness, we need him.

What will happen now between Synth Max and hybrid Leo, especially since Max chose the greater good over Leo’s life? Will Agnes continue her revolutionary ways? Will Leo regain his position as Synth leader. Will he be accepted by the humans? He may be the only viable bridge between them and the Green Eyes. Ooh, Mattie (Lucy Carless) needs to make sure he and Laura work together! #dreamteam

Our Green Eyes continued to walk fine lines within and outside the segregation area. At the Railyard, Max pre-empted a potential tragedy by “convincing” angry Agnes (Holly Earl)  and follower Ferdinand (Will Payne) to follow orders during the police raid. They actually received a reprieve when the officers were dispatched elsewhere.

Against Max’s wishes, the newly reunited Niska and Mia (Gemma Chan) decided to leave the Railyard to save some Green Eyes who Niska “found” while monitoring a police scanner, one not meant for her use. A delightful, thoroughly human moment happened between Niska and little brother Max before they head out to the Synth’s location. #siblingdrama 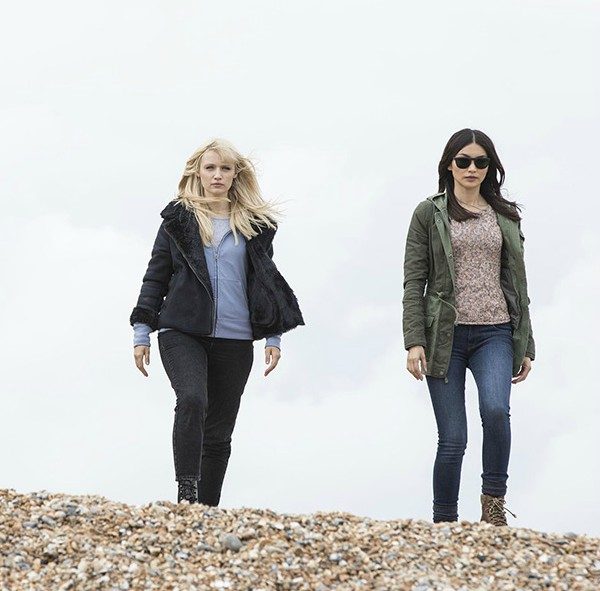 Not surprisingly, Niska had ulterior motives, chiefly to look for the Season 3 Episode 1 bar bomber. In order to protect Astrid (Bella Dayne), she told her via phone to say that Niska coerced her into a relationship. Another storyline with wonderful possibilities.

YOU’RE ALL CAUGHT UP NOW, RIGHT?

War and peace, injustice and rights, family drama – this show is more about real life than sentient robots. I highly recommend Seasons 1 and 2 if you aren’t caught up on this great series. Happy watching!